Undoubtedly, both kings of smartphones, Samsung & Apple have a raging history of the market-dominating rivalry. Samsung is one of the biggest-selling smartphone players in the world whose nothing-short success has given tough time to even the parent company of Android, Google, which is still struggling with their sales in the line.

On the contrary, Apple, crowned as one of the most transformative companies today, has a proven history of evolving innovations leaving all tech-leaders behind with exponential margin. 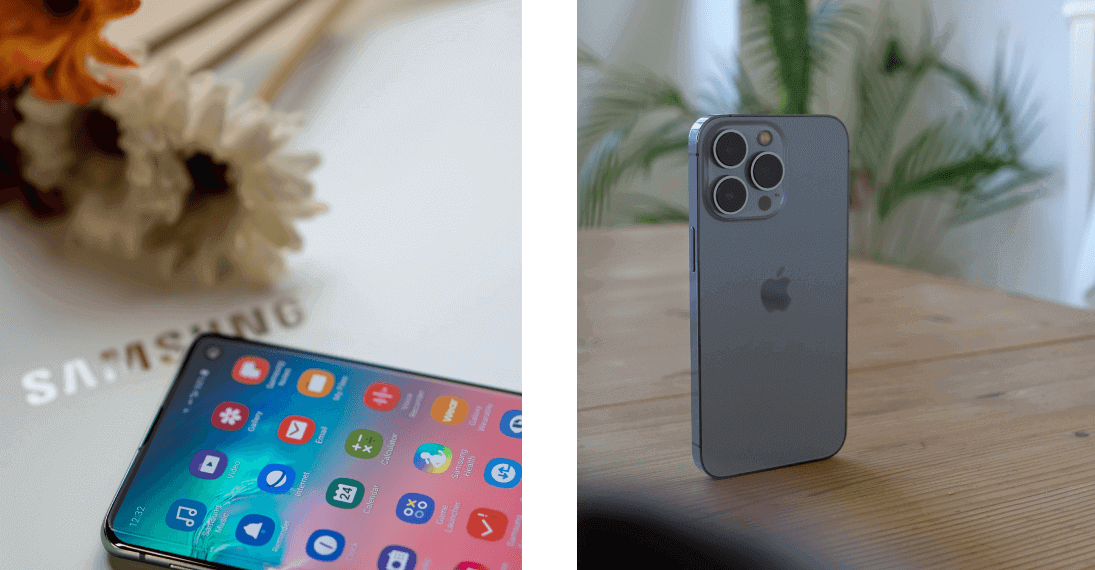 So when it comes to Galaxy vs. iPhone, the million-dollar question comes is android better than iPhone? This is what exactly you’re about to find here.

Though the launch date for the Samsung Galaxy S22 Ultra 5G is still a question. Rumors speculate Samsung S22 release date by early 2022 or February 2022.

It seems that Samsung will stick to the same price as S21 Ultra & S22 Plus for its upcoming flagship (also visit Samsung Galaxy S22 vs. Galaxy S21: Every difference we expect to decide which one’s the best mobile for you). The expected price for the Samsung Galaxy S22 Ultra 5G will be around $1199.99 whereas iPhone 13 Pro Max is available at $1099. But expecting a 10x periscope camera zoom & an S-pen in this high-end phone is definitely worth the price. We have seen iPhone 12 Pro Max vs. Samsung S21 Ultra where iPhone’s starting price is $999 & Samsung’s price is $1199. So in terms of pricing, Samsung S22 Ultra vs. iPhone 13 Pro Max will not be much of a competition.

The expected color offering by Samsung vs. iPhone provides a variety of options to choose from. The Samsung Galaxy S22 Ultra is expected to be available in black, white, burgundy, red & green. Whereas iPhone 13 Pro Max is available in graphite, gold, silver & sierra blue colors.

iPhone 13 Pro Max camera is gathered in squared, closed boundary whereas Samsung S22 Ultra 5G might offer a unique design where each camera is separated with rings that protrude slightly above the phone’s surface. The design features a raindrop camera kit design giving an edge comparatively.

The rumor also says that S22 Ultra 5G design will house an S-pen silo which will result in an aspect ratio of 20:9. This is as wider as iPhone 13 Pro Max.

The iPhone 13 Pro Max delivers a peak brightness of 1000 nits for typical content & 1200 nits for HDR. This is said to have broken the records of most smartphones in highest absolute color accuracy, highest contrast ratio, lowest screen reflectance, etc. But Samsung galaxy S22 Ultra 5G might beat this record by providing 1800 nits of pure outdoor visibility. In simple words, it will wipe away any unpleasant color presentation surprises & this is what is expected with a screen resolution of 1400 pixels. Though both iPhone & Samsung will provide maximum brightness in viewing HDR content, Samsung galaxy S22 Ultra 5G, with higher resolution & nits might win this challenge.

Talking about ProMotion technology, iPhone 13 Pro Max has a refresh rate of 120 Hz. It is capable of providing fast refresh rates, response time, smoother high-speed scrolls which reduces lag when using Apple Pencil for drawings, etc. But the technology is years older as it was launched in iPad Pro also.

Samsung Galaxy S22 Ultra 5G, on the other hand, will provide a 120Hz refresh rate but with 1400-pixel screen resolution & Dynamic AMOLED 2x screen type. This will benefit the user in lower refresh rates which will save much energy juice in the battery.

As for the S-pen, it is rumored that Samsung’s S22 Ultra 5G will deliver an active digitizer layer for smoother stylus pen interaction with the phone. 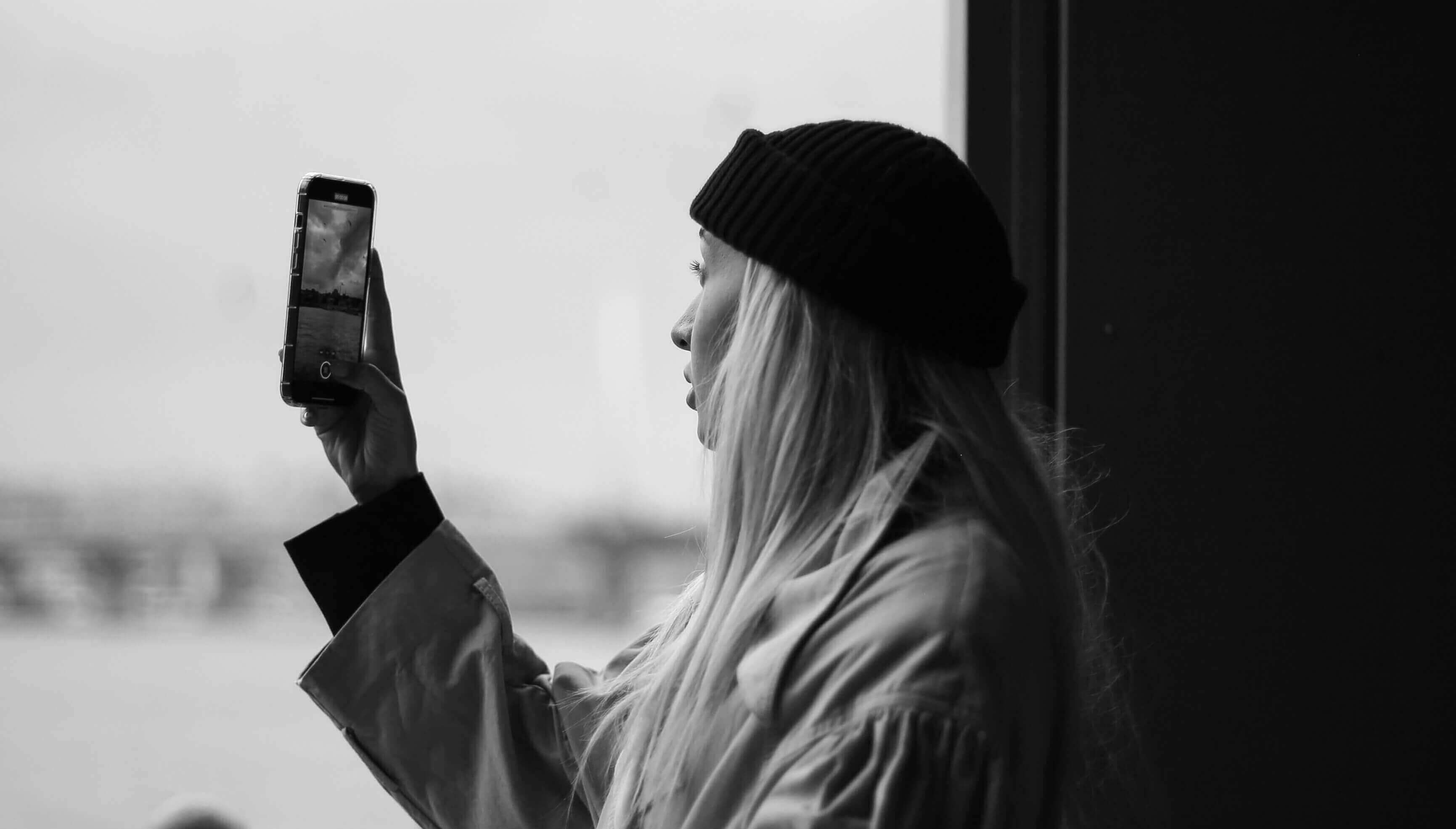 The most hype-creating feature in every android vs. iPhone smartphone launching has always been the camera offers. iPhone 13 Pro Max has a triple 12MP camera package consisting of a wide, a telephoto & an ultra-wide camera. These cameras feature 4K video recording with 60fps, cinematic mode & much more. But Samsung S22 Ultra 5G might have just a trick up its sleeve. Rumors say it will deliver 108MP as the main camera, 12MP ultra-wide, & a 10MP 3x telephoto camera. So it seems Samsung will still flaunt with cameras that are already available in S21 Ultra which will still give an upper edge to the device compared to iPhone 13 Pro Max.

Also, if you compare the S22 Ultra vs. iPhone 13 Pro Max, you will notice S22 Ultra is also giving the same competition to iPhone. This concludes S21 Ultra & S22 Ultra are not different from each other in terms of camera.

The one might-seem challenge for Samsung will be sensor technology. As of now, iPhone 13 Pro Max has the largest sensor ever in an iPhones with 1.9 µm which enables less noise & faster shutter speeds. So compared to that, Samsung Galaxy S22 Ultra 5G must provide a better version of the sensor, an upgrade of the 108MP camera if it wishes to dominate.

But, it is rumored that Samsung will come with ISOCELL HMX, the ultra-high 108MP mobile image sensor, and is said to have redefined details with 100 million pixels. The S22 Ultra is also said to have more precise image stabilization that reduces down vibrations via hand vibrations by 48% while walking. This will definitely give a tough competition to iPhone 13 Pro Max who shows off with ProRes video & RAW imagery giving more editing authority like colors, noise & dynamic range, etc. 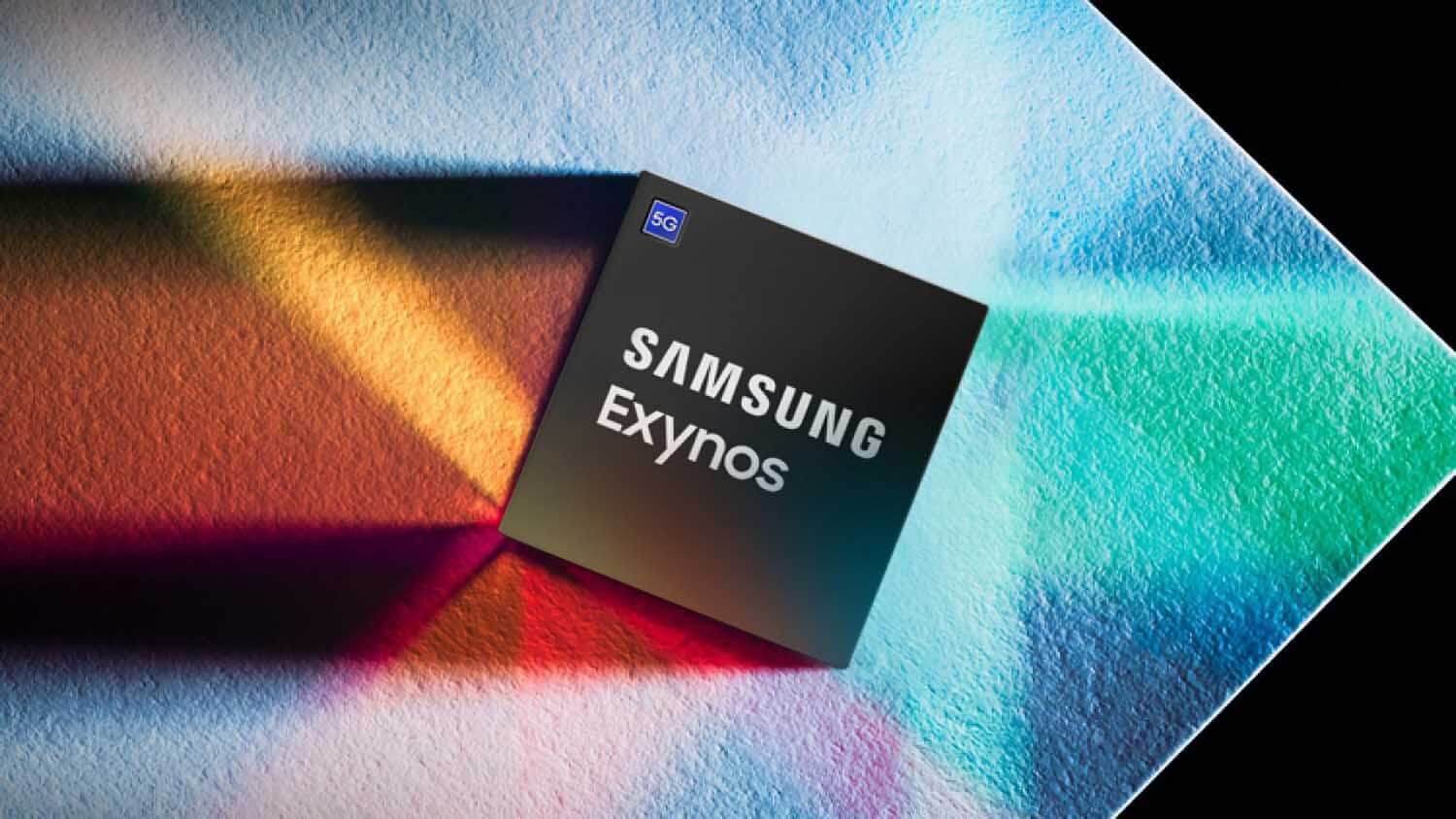 While iPhone 13 Pro Max has A15 Bionic Chipset with 6 cores for CPU, 5 cores for GPU & 16 core Neural Engine, Samsung galaxy S22 Ultra 5G might be launched with Snapdragon 888 with 5nm Exynos 2200 paired with MRDNA graphic subsystem. This is a set-apart feature for Exynos chipsets which were available in Mali cores. Its best comparison is possible with Google’s Tensor chipset that proved to be a graphic monster.

It is to note that these benchmarks are based on synthetic assumptions, so the real test between the galaxy vs. iPhone will start after the official release of the Samsung Galaxy S22 Ultra 5G. Only then can we decide is Samsung better than Apple or vice versa?

Again, S22 Ultra might get the edge here by developing the design with Samsung’s new Border Reduction Structure that has thinner bottom bezels that result in a wider screen experience than its rival.

Android 12 will power up Samsung S22 Ultra 5G bundled with One UI 4.0, the latest & best version of the user’s interface. With this software, users will experience great features some of which are easier Wi-Fi sharing via Nearby Share, brand new screenshot markup options that forbid users to download any third-party app for customized screenshots. Furthermore, the best feature of Android 12 is the AVIF support which promises improved image quality over standard JPEG.

On the other hand, iPhone 13 Pro Max, with iOS 15 has its specialties which include audio & video enhancements to FaceTime with spatial audio & Focus eliminates distractions based on your preferred choices. The astounding feature of this software is redefined Maps having three-dimensional city experience & augmented reality walking directions.

Android, iOS and Windows phone are different ecosystems and some of the data (e.g. whatsapp data) cannot be shared between the devices. MobileTrans makes the utmost efforts to transfer data across the bridge without a hiccup. 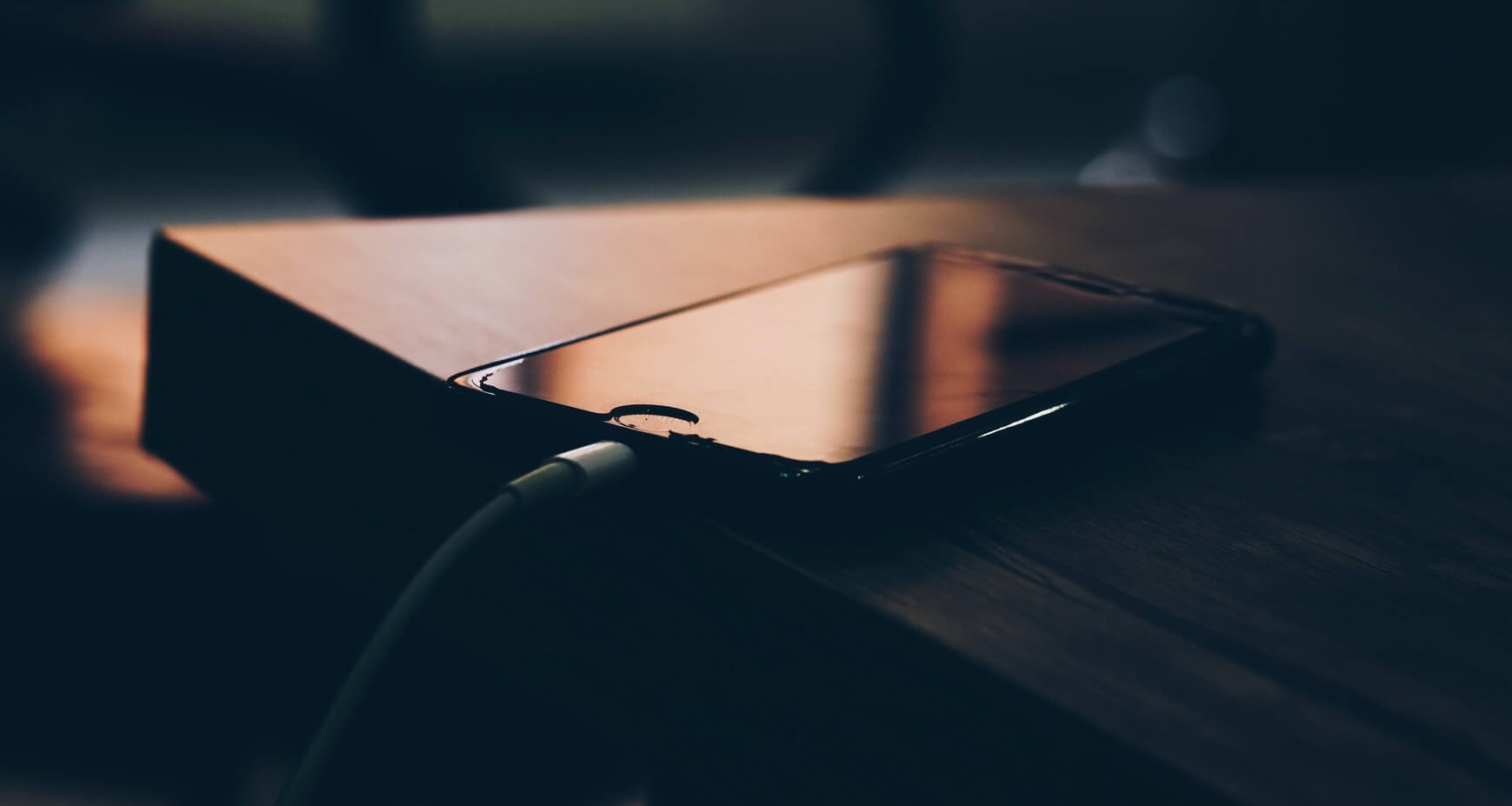 There is no denying that both iPhone 13 Pro Max & Samsung galaxy S22 Ultra 5G house max-sized batteries. The iPhone 13 Pro Max has a 4352 mAh battery while Samsung’s flagship will have beefed-up 5000 mAh battery life. Since S21 ultra has a proven record of longest-lasting battery in Android flagship, the comparison between Samsung S21 Ultra vs iPhone 13 Pro Max is still no question. And so, we are expecting a higher upgrade in the battery timing in S22 Ultra or at least equal features as of S21 Ultra.

Samsung might also get way ahead in its finest production line by providing a 45W charging speed which fully tops up the 5000 mAh in about an hour. Apple has a history of slow charging & the iPhone 13 Pro Max is no exception, charging 4352 mAh battery in more than 2 hours. So the phone lovers are expecting the S22 Ultra to provide “Ultra” charging speed.

Prior to the official launching of the Samsung Galaxy S22 Ultra 5G, it’s really hard to have a firm statement deciding can Samsung beat Apple? Both are kings of smartphones & champions of repeated innovations in technology.

Where iPhone 13 Pro Max claims to be pushing the boundaries in a smartphone, Samsung’s S22 Ultra 5G boasts redefining image details with 100 million pixels. Though Samsung has taken some features from its predecessor, S21 Ultra, like price & camera, etc. the exceptional rumored features of this smartphone seem to be a promising phone, satisfying the user’s experience at the extreme level.

In summary, it is really hard to tell this early is android better than iPhone. We will have to wait until the launching of the phone & see what Samsung hid under the veil for so long. To find out what else Samsung is up to this year & which mobile should you purchase, visit Best Samsung phones 2022: Which Galaxy model should you buy? The true competition is yet to begin.