With a striking new three-tone design, distinctive camera bump, and Google’s own new ‘Tensor’ chip, the Google Pixel 6 range looks be a worthy successor to the Pixel 5 and a compelling choice for Android aficionados worldwide.

The Google Pixel 6 series is the grand release of smartphones in recent times. The best Google Pixel phone, the Pixel 6 is a premium phone that promises a sleek design, powerful camera, and the most anticipated new Tensor chipset. The Tensor chipset can offer up to 48 hours of battery life, state-of-the-art camera features, and real-time language translations.

There are many differences yet many similarities between Pixel 6 and 6 Pro. There is a price difference between the base Pixel 6 model and the Pixel 6 Pro. This is the cost for the additional features, including a larger and higher-res screen, a higher battery capacity, support for sub-6 and millimeter-wave 5G, and an additional third camera. 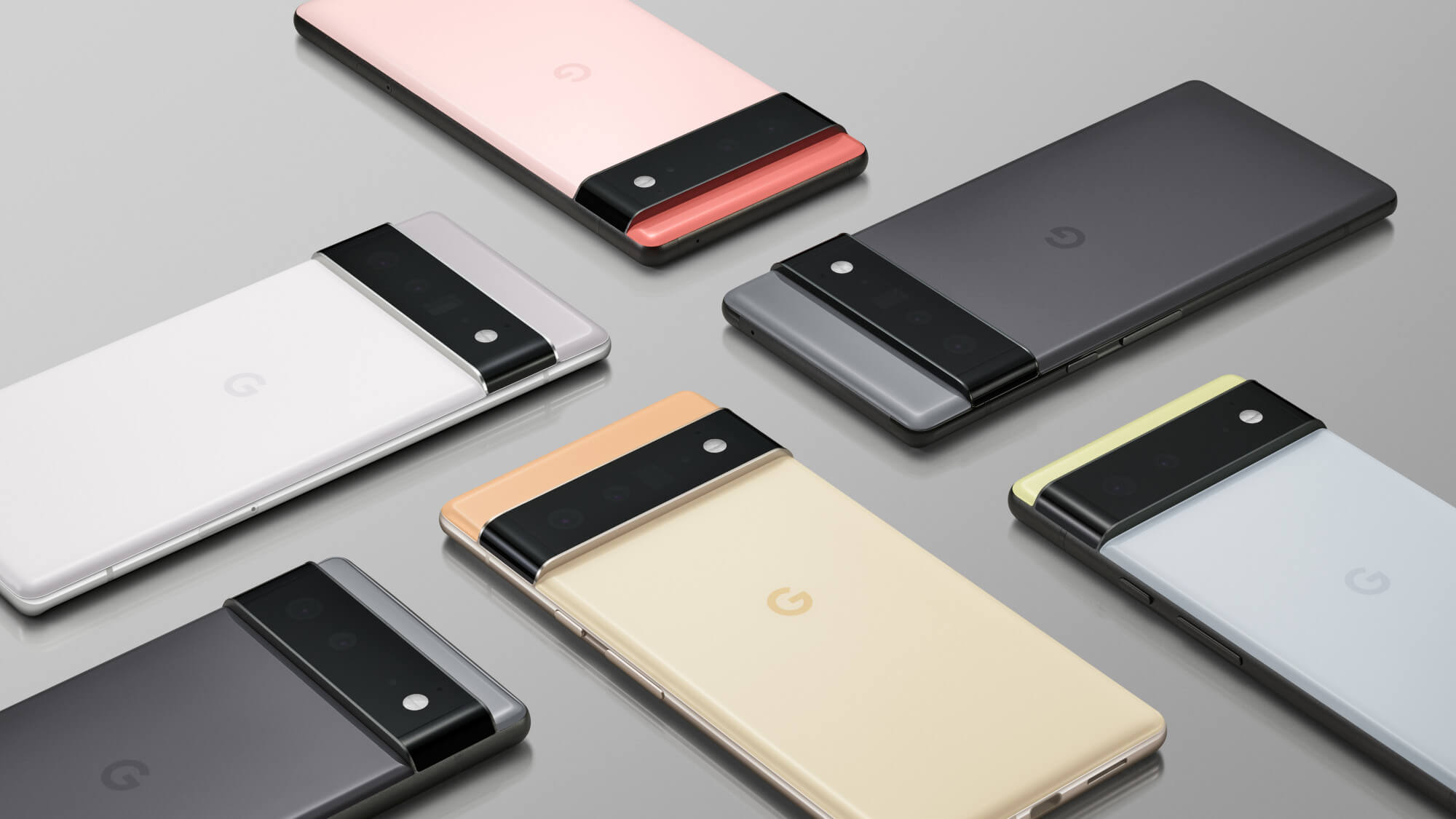 Google has divided the Pixel line into basic flagship models and Pro models. The Pixel 6 is a basic model and the Pro model is high-end. We can see a massive improvement in these recent models as compared to the previous Google devices. The new Pixels are great phones with a great launch by Google with a design that feels substantial in hand. They have the advantage of state-of-the-art Google hardware and features without breaking the bank. These models are considered the best Google Pixel phones but are they the best phone under 600 or the best phone under 1000?

1.1 Best in the class display

Google’s display technology is impressive and gives you a very different experience. The first thing you will notice is the huge 6.7-inch QHD+ display screen with excellent brightness and premium picture quality with 1440 x 3120 resolution. 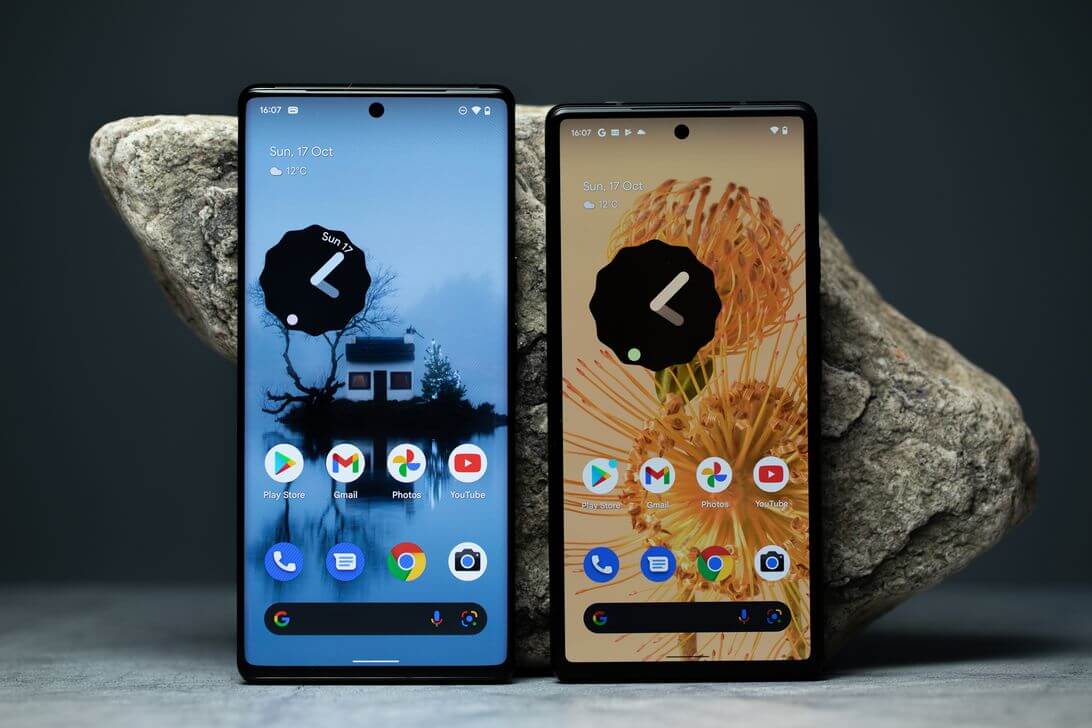 Google pixel new phone 2021 offers 512 pixels per inch, a spellbinding feature compared to other smartphones in the market with very few competitors. It is so crisp that you can even clearly see your phone's screen in sunlight. So, the elderly or people with eye problems must be very happy to own the best google pixel phone.

The smartphones usually have a standard 60Hz screen, but in our Google Pixel 6 pro review, we have noticed the 120Hz refresh rate, so the screen refreshes two times the regular rate.

The best Google Pixel phone released recently is largely anticipated because its Tensor chip with AI-focused TPU (Tensor processing unit). Even Google calls it a “milestone for machine learning”. This is a milestone in translating AI and machine learning advances into actual consumer products. 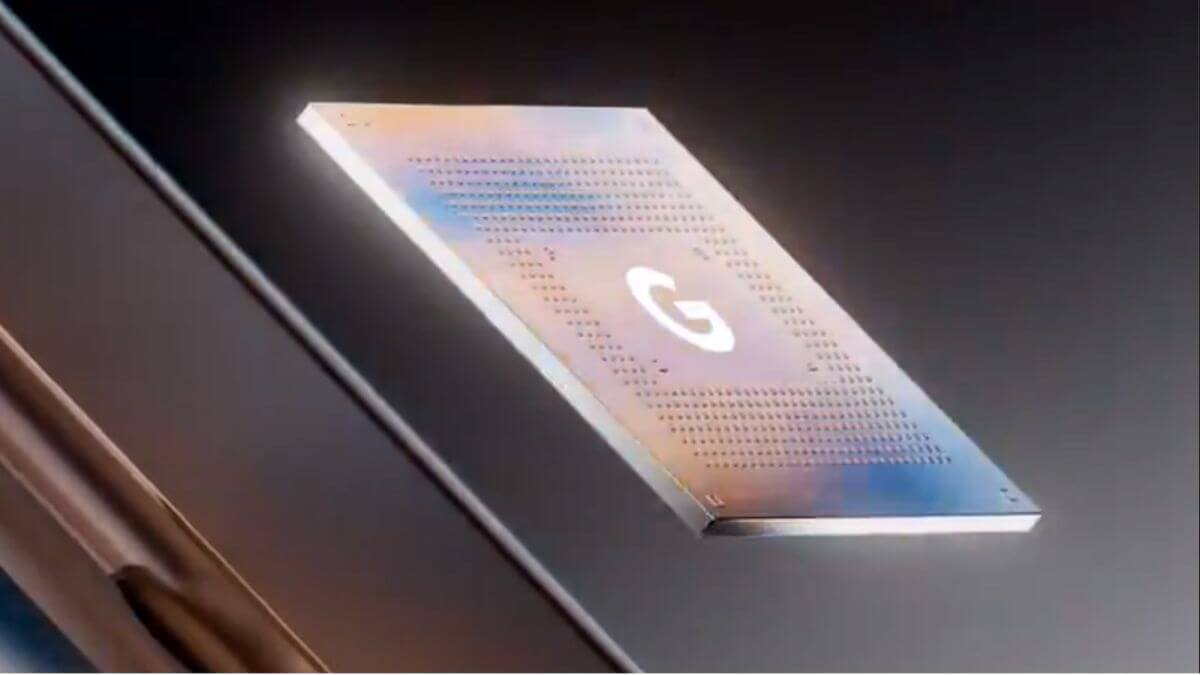 So what is Tensor aimed at? Tensor enables the Pixel 6 phones to achieve a high level of Motion mode, translations, face detection, and more efficiency in the new Pixel phones. The Tensor chip has a combination of CPU cores. It has an AI-focused TPU, two high-power Cortex-X1 cores, two midrange cores, and then four low power efficiency cores. Tensor also achieves the title of the most secure smartphone till date. The security core is a separate CPU subsystem from the application processor so the sensitive information is carried out in an isolated environment.

Pixel 6 has a prominently large size. It has a 6.24-inch height and 2.94-inch width. The Pixel 6 is thick and beefy feeling in hand. Pixel phones have an easily recognizable bold look with a two-tone visually striking color scheme. The new best Google Pixel phone features a solid construction with an aluminum frame, front Gorilla Glass Victus and a rear Gorilla Glass 6.

The Pixel 6 and Pixel 6 Pro have phenomenally big batteries i.e. 4614 and 5003 milliamp-hours, the largest for slim design smartphones. It offers an average battery life of 34 hours. When you push more with extreme battery saver mode, you can go up to 48 hours. It supports both fast wireless charging and rapid wired charging, and both work at-par. 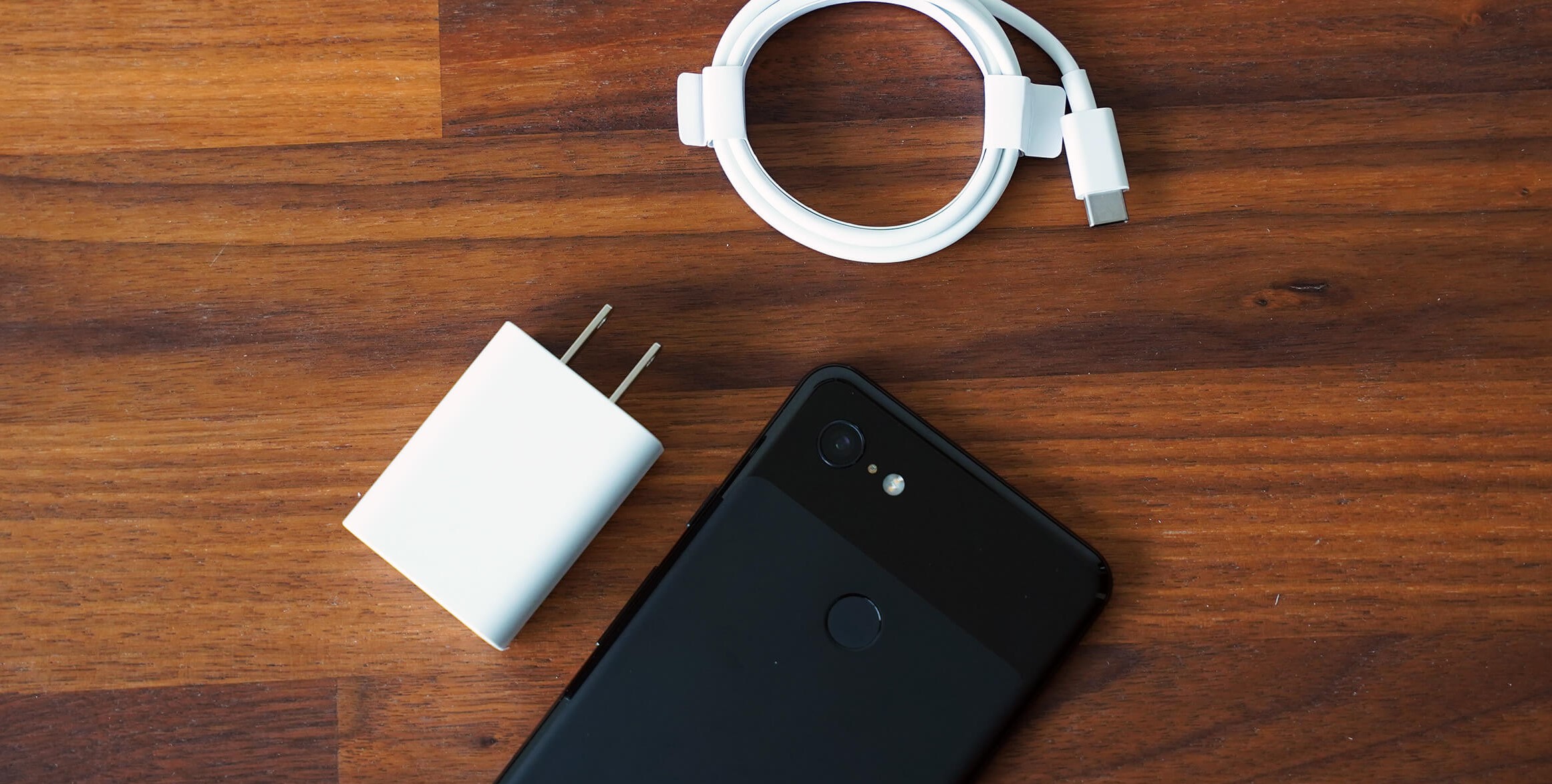 Google gave the Pixel 6 series excellent, big batteries, 4614 and 5003 milliamp-hours, which is among the largest for smartphones with a slim design. That means either the phone can easily make it through a long day with power to spare in most cases. Google mentions an average battery life of 34 hours with third-party testing on default settings. When Extreme Battery Saver is enabled, the Pixel 6 series might last up to 48 hours.

The Google Pixel 6 pro reviews are mostly revolving around the great camera power. So, let's see what is going on here. Google is offering high megapixel sensors with its Tensor chipset. Pixel 6 captures great photos at all light levels, color and shadows. So, you can capture excellent and clear photos even at night. This series of phones has two rear cameras consisting of a 50-megapixel main shooter and ultra-wide camera with 12-megapixel with 114-degree field of view. However, the Pixel 6 Pro offers a 4x telephoto zoom. 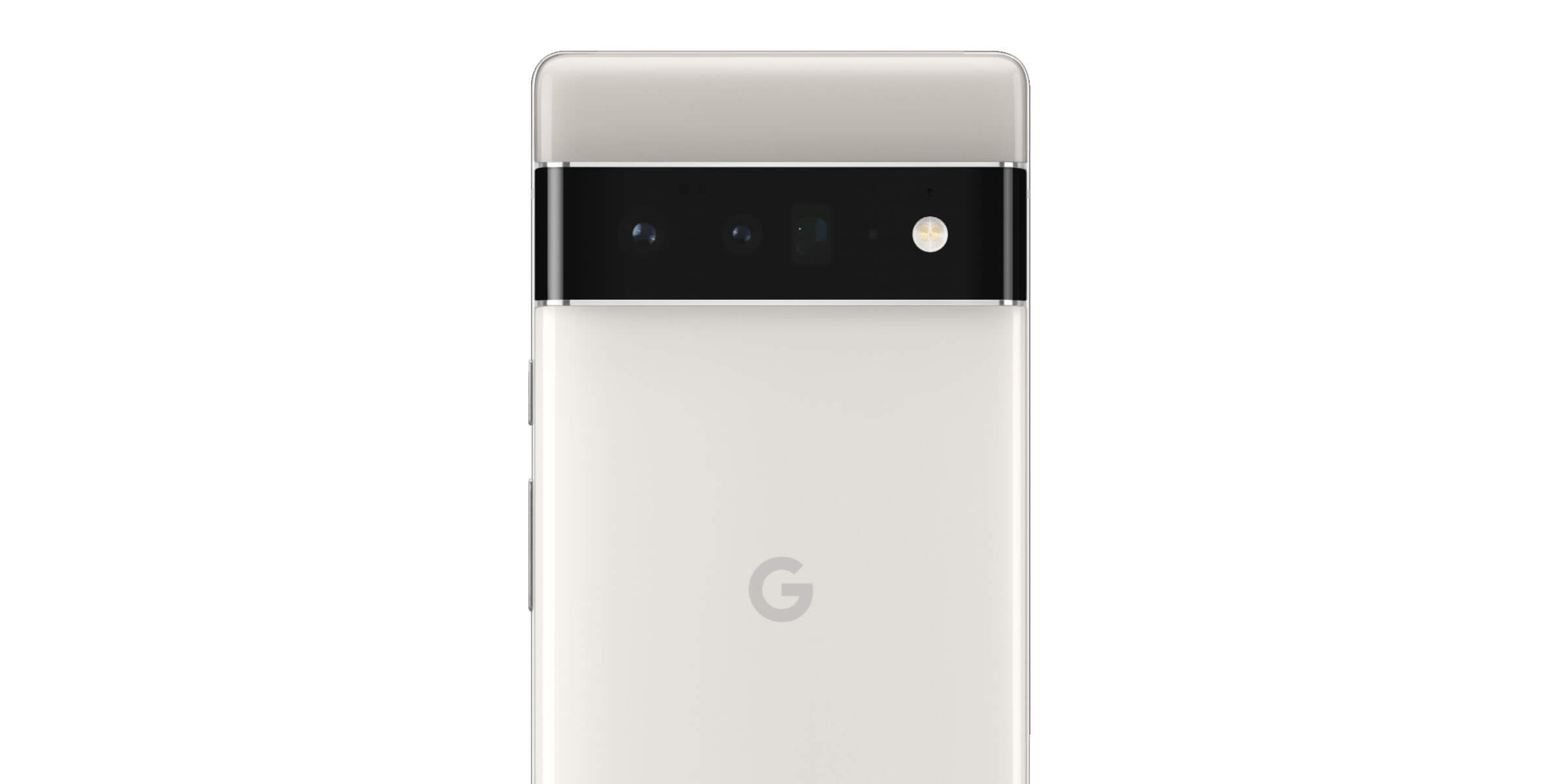 Tips for mobile users: You can opt for the MobileTrans App, the mobile version that helps you initiate a quick exchange between two phones without using a PC. Save your time and energy now!

The Pixel 6 series is a top iPhone rival in 2022 with its strong performance, great design, multiple processors and excellent camera system. Though we are still anticipating what Apple and Samsung will offer, the Pixel 6 Pro offers an excellent combination of specs and designs at an unbeatable price. The Pixel Pro 6 phone with 6.7-inch base and 128GB model is currently the best phone under 1000 as it costs $899 and the basic Pixel is the best phone under 600. It is considerably less than the 6.1-inch iPhone 13 Pro’s $999 price and even a better bet against the $1,099 larger 6.7-inch iPhone 13 Pro Max.

So, if you are looking for the best all-round Android smartphone experience, then Pixel 6 and Pixel 6 Pro is your best option at unbeatable price against Samsung and iPhone.

Pixel series is offering large phones, the Pixel 6 Pro is a little taller 6.5 inches while its smaller Pixel sibling is 6.2 inches. The Pixel 6 Pro is built in more premium materials than the standard model. The back of Pixel 6 Pro has stronger Gorilla Glass Victus and polished alloy frame while Pixel 6 is coated in Gorilla Glass 6. Also we can notice that the waterfall edges of the pro model are a big improvement over the flat screen Pixel 6. 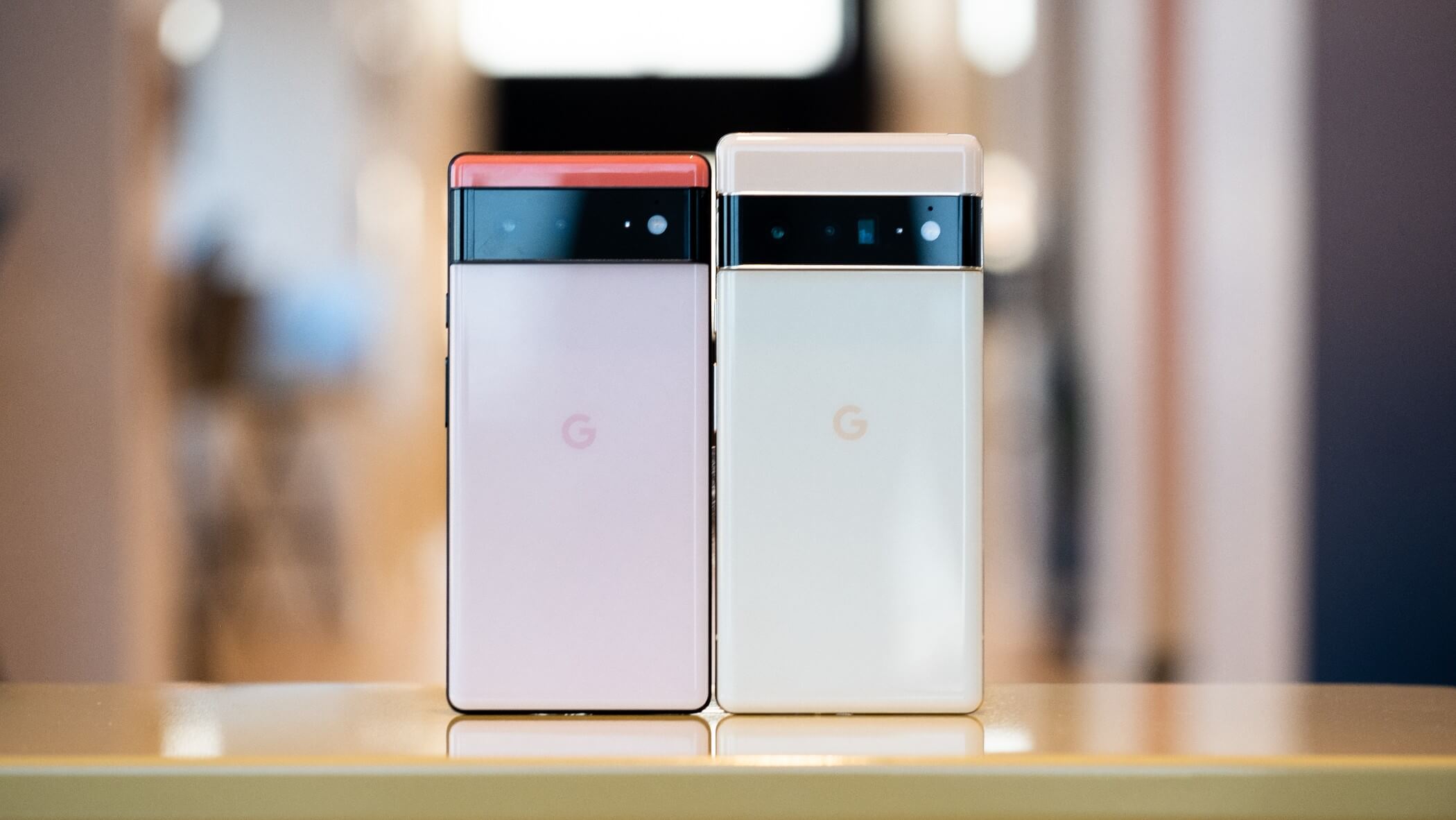 Both phones have impressive high-tech cameras but Pixel 6 Pro has a better 48MP, f3.5 lens for telephoto shots. The Pixel 6 also has an 8MP selfie cam but Pixel 6 Pro surpasses it with 11MP, f/2.2 lens with a larger pixel size at 1.22µm. It also offers a wider field of view of 94 degrees as compared to Pixel’s 84 degrees.

Both Pixel and Pixel 6 have identical video quality for the video quality. However, there is one major difference in the rear camera because Pixel 6 Pro has a third zoom lens with a 48MP snapper 0.8µm pixel width and a half-inch image sensor size.

Both the phones have great battery life and charging capacity. The Pixel 6 offers a 4,614mAh battery, while the Pixel 6 Pro offers a 5,003mAh battery cell. Google claims 24-hour battery life generally and up to the 48-hours battery with battery saver mode.

Our Google Pixel 6 pro review and testing show that both the phones are great options for fully-featured android phones. Both are powered by revolutionary processor technology by Google, have great design, and offer an IP68 rating for water resistance. Google also excels in the after-sales service with three years of software updates and five years of security updates regardless.

The pixel 6 pro 512GB is the best Google Pixel phone because it has a higher resolution and refreshes rate, higher RAM and battery capacity, an extra rear camera, and a great selfie shooter. While the Pixel 6 is a great choice for people with a little smaller budget. To easily move from any other smartphone to a new Pixel device, Google has come up with a dedicated Quick Switch Adapter. The OTG adapter can help you connect other devices or even any other storage unit to your Pixel phones.