The Mobile network has reshaped communication beyond horizons. You are in the era of sparkling 5G exploring the innovations worldwide. The term "G" refers to Generations, and you had travelled 3G,4G,5G at recent times.

Generation means Mobile Wireless Standards, and it has attributes carrying values for data capacity, quality, and encryption. The advanced version of this mobile wireless standards performs well when compared to its previous standards. The first 5G mobile wireless standard introduced by South Korea on December 1st 2018. Many countries are going to adopt the 5G technology in 2020 and 2021. The most awaited 5G mobile gadgets shortly bang the digital stores worldwide. In this article, you will study about the evolutions of Mobile network Generations and its updated versions.

The First Generation - Where does it start?

The Fifth Generation - The Internet of Things Era (IoT)

How G generations change our life?

The First Generation - Where does it start?

In the year 1979 Nippon Telegraph and Telephone introduced the First Generation (1G) mobile gadgets. Entire Japan started to use this mobile wireless standard. Next, in the year 1983, the US approved the First-Generation gadgets from Motorola"s Dyna Tac. The other countries slowly adopted this 1G technology in mobile phones in a few years later.

The main disadvantage faced by this 1G Mobile Wireless standard is that it does not employ encryption technique to protect the data travelling through the channels. A simple radio scanner can sense the call and data easily. Apart from this drawback, 1G faced issues like poor sound quality, compatibility issues, no roaming support etc. Despite the disadvantages of the 1G technology it survived with 20 million global subscribers by 1990. These drawbacks led to the evolutions of 2G within a few years. 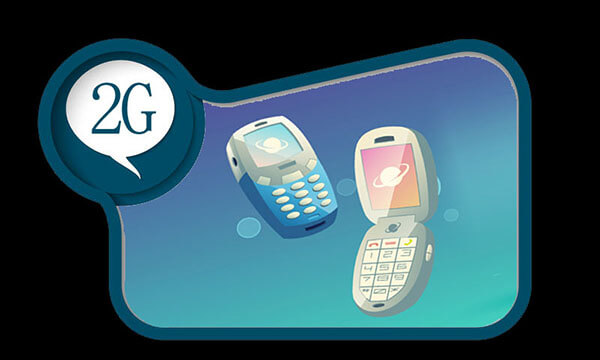 In the "Second Generation", the advent of the digital network came into existence. Finland introduced 2G in 1991. In this generation, encrypted calls were available to ensure protection. It was this period where people were able to send picture messages and text messages in phone easily. In the beginning, the speed of 2G was only 9.6 kbit/s later the operators invested in the infrastructure leading to the speed limit of 40kbit/s. The Edge connection offered the speed limit up to 500kbit/s. Overall the 2G was able to bring constructive changes in the business landscape and changed the world in no time.

The concept of data packets came into existence in this 3G (Third Generation). In the year 2001 NTT Docomo launched 3G implementing the network protocol. The connectivity took place using data packets, and the international roaming facility was feasible with the help of this concept. The transfer speed is four times greater than 2G. In this 3G (Third Generation) the strategy for video conferencing, video streaming, voice over IP like Skype stepped into the telecommunication field.

The enhancement of 3G connectivity took place by the introduction of Blackberry phones. The introduction of the iPhone in the year 2007 happened in the era of 3G. You can find a wide range of progressive changes occurred in 3G. It serves as a boon for the business people to expand their business activities beyond boundaries effortlessly. 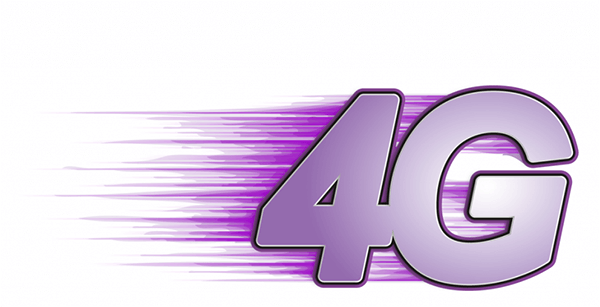 The Stockholm in Sweden and Oslo of Norway deployed 4G technology in the year 2009. This 4G (Fourth Generation) used Long-Term Evolution standard. This 4G (Fourth Generation) led to quality video streaming with a speed rate of 1 gigabit/s. This innovation allowed many facilities like gaming, HD video streaming and HQ video conferencing etc. If you take a closer look at the previous generation you will be able to access that technology through SIM cards. For 4G the mobile manufacturers must implement specifically designed gadgets to enjoy this latest connectivity.

Few of the manufacturers added their profits by introducing 4G headsets to serve their customers better. This technology has led Apple to becomes a trillion-dollar company quickly. Most of the countries worldwide were able to access 4G without any issue. Few areas had issues to connect with 4G because of low 4G LTE penetration. Some residents in the UK connect with 4G network by 53 percent.

The Fifth Generation - The Internet of Things Era (IoT)

Now, at first, let's watch a video about 5G!

Most of you must be wondering that 4G was inaccessible to many people worldwide then why did innovators work on the next generation of network connectivity. The research of 5G began in the year 1990. The professionals introduced the concept of RFID tag for more than a decade. Later, the technical experts began to focus on this new concept to bring innovative changes in network connectivity. In the 5G (Fifth generation), you will be able to witness a new era of connectivity. You can enjoy real-time advantages using this the Internet of Things era.

Your mobile devices serve as network-connected sensors performing breath-taking activities in the field of navigation to photography. All the devices like fridge, cars, washing machines become WI-FI enabled so that you can easily control using your mobile phones. The previous versions of 3G and 4G cannot perform this type of connectivity due to its bad latency range. For 4G the latency range is between 40ms and 60ms. This range has a slow response, and it is not feasible to establish real-time responses.

Therefore, you had a quick synopsis on 1G,2G,3G,4G,5G connectivity evolution stories above. Every innovation led to the comforts in working with data. The latest 5G connectivity focus on real-time solutions. The evolution of Generations continues, and you will witness many more in future.

How G generations change our life?

These network connectivity generations provide a comfortable living. From the era of 1G up to 5G, you will find that all the innovation improves the quality of life. The high-speed connectivity between electronic gadgets led to a quick completion of the desired task. You will be able to finish your works at a faster rate. The whole world reshaped to your palm size in the form of mobile phones due to this excellent network connectivity. All these generations offered considerable growth in various crucial fields like communication, medical, banking etc. A lot of remote access became feasible using this 5G connectivity.

The First-Generation mobile phones assist the users to call people and connect them easily. The Second-Generation gadgets provided encrypted format calls and enhanced data security. In this period, the introduction of sending text and picture messages came into existence. Using this technology, business users began to share their documents across boundaries easily. It was a convenient method of communication where you can message anyone at any time effortlessly.

The Third-Generation facilitated communication while travelling by introducing the international roaming option. This 3G served as a boon for the business people and entrepreneurs because it had features like video conferencing and streaming with good quality. The next generation focused on quality in video streaming and network connectivity. You can witness high-definition communication in this era. The iPhone introduced with surplus built-in features to serve the users without any compromises. In this generation the quality of communication was breath-taking. The Fifth-Generation is yet to knock with extraordinary real-time applications. You will be able to control household electronic gadgets remotely and establish a firm control using this high-speed network connectivity.

The above chart lists the download speed of the network connectivity of Generations. The 5G has the highest network connectivity speed and performs well despite external interruptions. The 1G had minimum speed connectivity and the performance does not meet the expectations of the users. Most countries adopted 4G technology, and the latest 5G is yet to establish. This 5G undoubtedly brings a new era of communication. This latest 5G creates a breath-taking impact on the user"s day to day activities. The expectations from the user seem to be high for 5G, and it is going to rock the digital world into the next level. The entire world is looking forward for the 5G shortly.

Thus, in this article, you had an enlightening journey on 1G,2G,3G,4G,5G. The evolution of network connectivity plays a vital role in the growth of the country. As you all know, every requirement leads to innovation. The 5G overcomes the drawbacks present in 1G. There is a remarkable technology behind every Generations supporting to perform well irrespective of environmental interruptions. Connect with 5G in a couple of years and feel the difference in your network connectivity. The Generations grow higher in future and stay connected with this article to discover the upcoming technology.