Recent updates on WhatsApp privacy and policy made users security conscious and made them look for an alternative that is safe and trustworthy. Today on this topic we are discussing alternatives for WhatsApp which is available in the market. 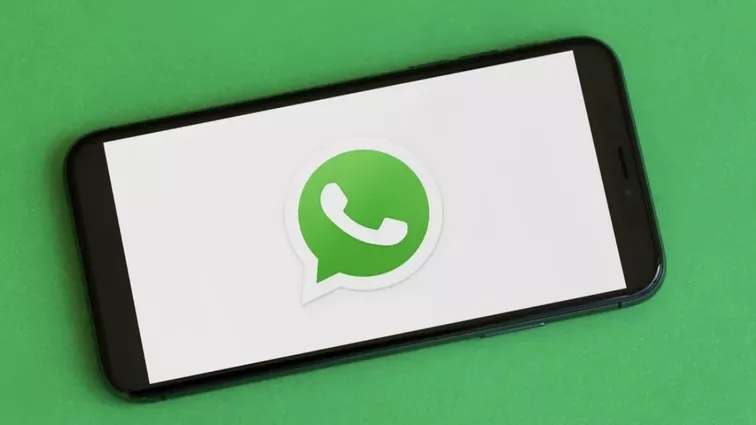 Whatsapp is one of the most commonly used messenger applications on the planet. The application started as instant messenger and was later obtained by Facebook in 2014. Currently, WhatsApp has more than one billion users in 180+ countries.

Even though Facebook never intended to impose ads or security breaches on initials days after owning WhatsApp, it did make users conscious about privacy and security due to their involvement in breaching users' privacy over the past years.

On the other hand, WhatsApp maintains features such as user-centered end-to-end encryption, with other security protocols. But recently Facebook declared a revamp in privacy and security policies, which allow them to access the data collected by WhatsApp.

Nevertheless, there are other reports in the air that Facebook is looking forward to a 3-in-1 platform by merging its family applications including Facebook Instagram, and WhatsApp. Since all these three apps are on a single platform, there is a possibility of causing a threat to WhatsApp's E2E encryption.

According to WhatsApp's new privacy policy, there are changes in the policies of WhatsApp's service and the processing of users’ data, withholding E2E encryption unchanged. Whatever, as per the new updates, WhatsApp and all three family apps can get and receive data from the other member of the family. Facebook claims that these changes will help them to improve, operate, provide, understand, customize support and market policies.

Adding to that, Facebook and its related companies including WhatsApp will have the access to make use of information acquired from the applications to refine experience like product recommendation among others.

It is mentioned in the policy that the company does not save users' messages but they do keep data such as profile picture, status messages, profile name, and account between the family. This simply means that WhatsApp can keep its users’ data in their servers and those data can be used by any of facebook operated companies for their marketing purpose, directly or indirectly.

Another surprising element in this updated policy is that, Outside of normal events, WhatsApp can provide the government with the user data it needs. 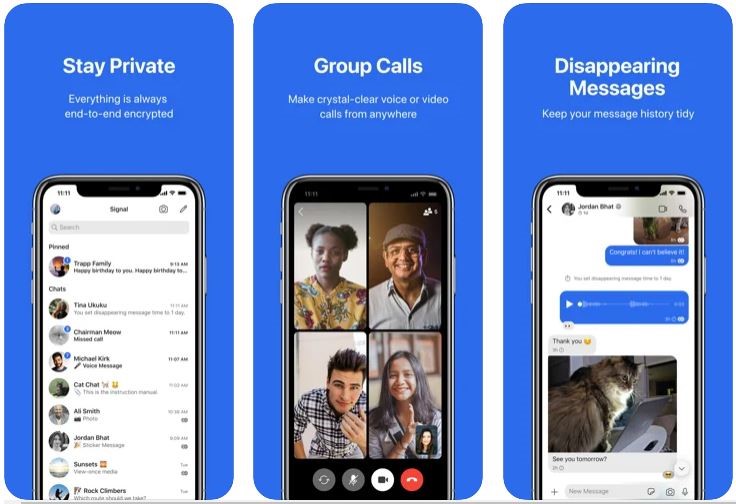 If you are looking for an app that is similar to WhatsApp, Signal is the best choice for users. Recently, Elon Musk, the master brain behind Tesla and SpaceX, recommended this application as an alternative for WhatsApp. Signal, which has millions of users all around the world, provides its users end-to-end encryption charged by open-source signal protocol. This maintains users' messages and conversations safe and secure, simultaneously allows security experts to test it and find bugs. this way keeps the app more secure.

Since it is protected by open-source encryption, Signal can secure every call and message of its users.

It is an easy use app that has features like dark mode and automatic message disappearing. The only cons of this app are that it doesn’t come with an animated emoji, but users can add it from their device.

If you are seriously concerned about privacy and security, Signal is the best substitute for WhatsApp. 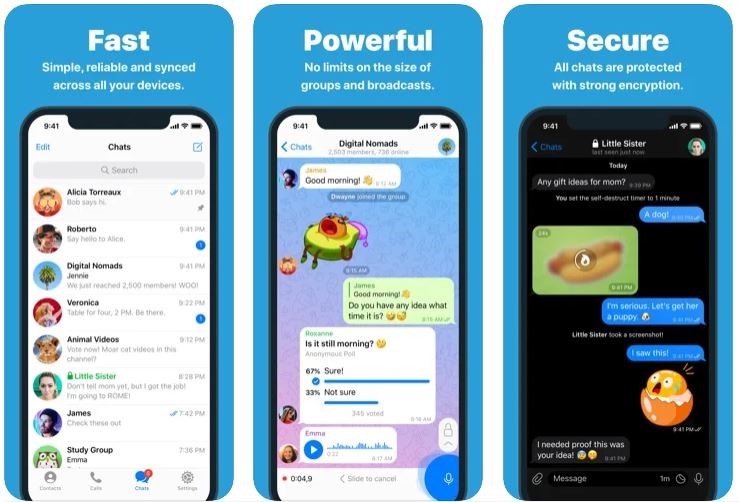 Telegram is another perfect alternative for WhatsApp with more than 400 million monthly users. Since it is a cloud-based app, users will not lose any data. Moreover, Telegram gives more priority to the privacy of its users. But the user has to manually turn on the open-source encryption to protect their data. Meanwhile, the voice calls have to default end-to-end encryption while only secret chats are encrypted end-to-end by default.

Same as signal telegram has the feature of automatic message disappearing if we scheduled the time. And another important feature of Telegram is that the user can download and share large files up to 1.5 GB without any help from other sites.

Telegram is completely ad-free and users can download movies, shows from various groups and channels on the platform 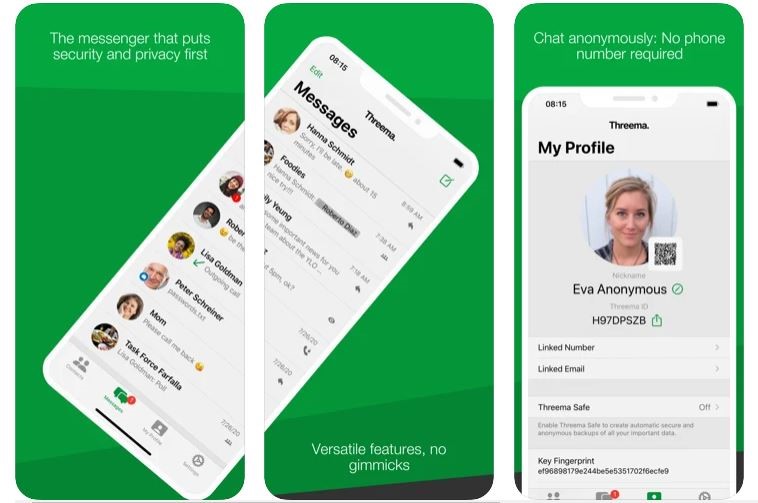 Threema ensures complete privacy for its users. Being one of the best-selling secure messengers they are dedicated to users' privacy and security. Moreover, the app can be used with complete anonymity.

Unlike other applications, we can use this app without connecting to email and phone numbers. For additional protection on privacy, Threema provides an 8-digit ID rather than a phone number and a unique QR code to connect with people.

The Switzerland-based company provides uninterrupted end-to-end encrypted voice and video calls, group chat, and shared files for users. unlike other apps we have, Threema is designed in a way that produces less data as possible. Since the app does not have a free version, it is hard for people to migrate to it from other applications. 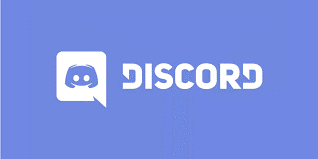 Discord is a popular go-to app inside the gaming community. Gamers use this application for discussing gaming tactics and strategies. Moreover, there are several interesting Discord servers to make you engage with your interests. Like other apps, we can use this app to send personal messages, emojis, GIFs, images, and documents. In addition to fetures like voice calls and video calls, users can browse together with shared screens. Along with all other messaging need, it is compined with apps like Spotify, youtube Twitter Reddit, steam, etc. all these features makes discord far better than WhatsApp. 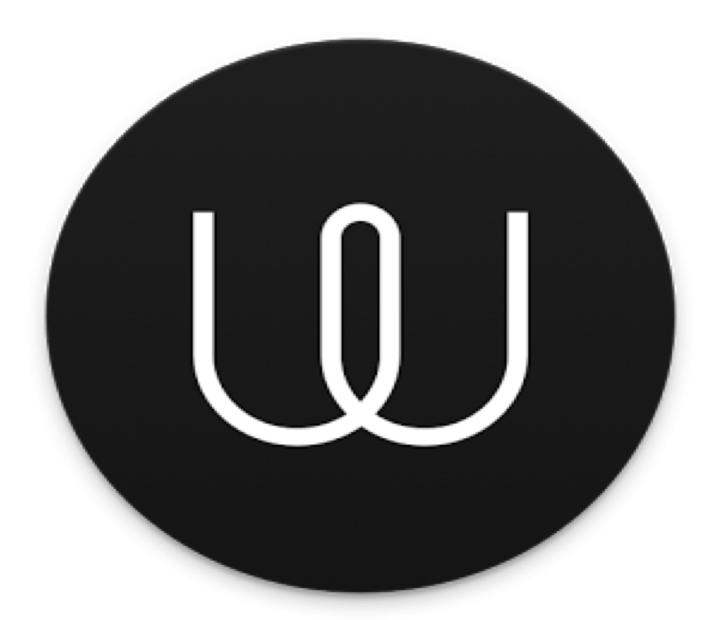 Wire is another end-to-end- encrypted messenger. Since it is based in Switzerland, it is protected by European data protection regulations. Like WhatsApp, Wire lets its user's text, video, and voice chat, along with other supporting features like GIFs, file sharing, and other things.

Unlike WhatsApp, wire enables sync with other devices and holds up multiple accounts, to keep users' communications separate. It offers group and 1:1 screen sharing and also supports audio filtering and multimedia file sharing. For added privacy users can set timers to delete messages.

Wire is available in a free version for mobile and desktops and a paid version for the business.

How to Restore WhatsApp Backup to iPhone