Let's check the differences between Xiaomi 11 and Xiaomi 10 and try to use MobileTrans to transfer/backup your phone data!

Xiaomi company has unveiling next-generation flagship phones in the current market. And it looks forward to bring new experiences to Xiaomi Mi users by integrating phones with modest processing speed and next-generation wireless networks, as demonstrated in their new arrivals. Xiaomi announced the launch of Mi 11 8 months after the unveiling of the Mi 10 series. The phones come with exciting features and specs that make them outstand most rivals in the smartphone industry. 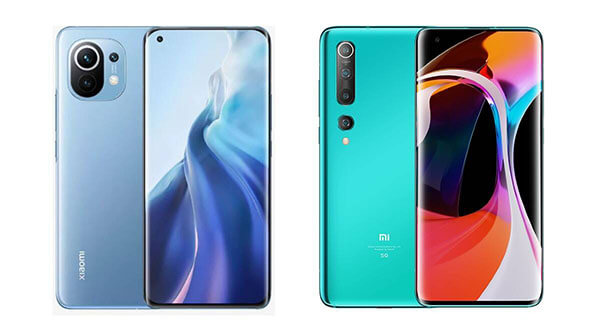 The Mi 10 and Mi 11 brands are seen to become competitive against high-end phones from strong competitor companies like Samsung, OnePlus, and Apple. However, we'll look into the comparison between the Mi 11 and its predecessor Mi 10.

It's been months of speculation, but Xiaomi finally launched the Mi 11 to the China market on 28 December 2020. However, Xiaomi has scheduled an international launch that will take place in February. Here is a summary of the key specs that come with the Mi 11.

On the other hand, Xiaomi launched the Mi 10 officially on the 18th of May, 2020. However, the phones were already available in China and among other countries as early as February 2020. The following are the key specs of Mi 10;

Several differences and similarities are demonstrated in both Xiaomi Mi 10 and Mi 11. This blog will highlight both phones' detailed features and specifications to help you understand which model is better and how they stand against each other. 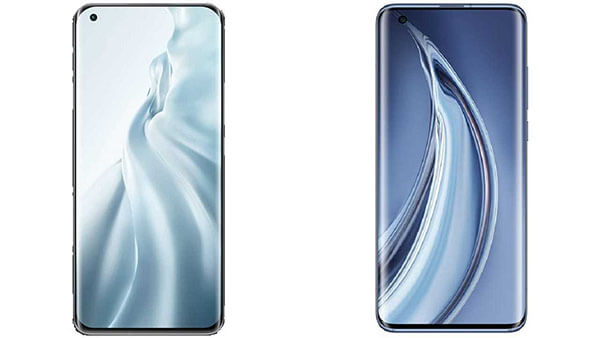 Mi 11 adopts a new look than its predecessor Mi 10 on the camera setup. While the Mi 11 comes with triple cameras on the rear, Mi 10 boasts a quad-camera layout. The rear cameras' shape appears pill-shaped on the new model, while the Mi 10 features a square-shaped square shaped module. The general display design seems to be curved on the edges.

On the other hand, the Mi 10 comes with a 6.67-inch, 3D curved E3 AMOLED and full HD+ display. The device supports a slightly reduced refresh rate of 90Hz and a touch sampling rate of 180Hz. The resolution for the Mi 10 is 1080x2340 pixels, which is better compared to older Xiaomi devices.

Both Mi 10 and Mi 11 come with an incredible camera setup that seems appealing to photography enthusiasts, except that the devices demonstrate slight differences in the camera specs. The Mi 11 comes with triple cameras, including 108MP primary camera that supports optical image stabilization. The camera sensor on the Mi 11 is at least x3.7 bigger than what iPhone 12 offers. Users can record 8K videos and better shots with this device. The primary camera is paired with a 13MP camera with ultra-wide-lens designed with 123degrees FOV. The rear camera also includes a 5MP camera with a tertiary sensor.

The Mi 10 comes with a quad-camera setup in the back. The primary camera features a 108MP sensor paired with a 13MP wide-angle lens with a broader field of view of 123 degrees, and a 2MP macro and 2MP depth sensor. Both Mi 10 and Mi 11 consist of a 20MP front camera, which consists of incredible photography features such as Exposure Verification, LOG Mode, Focus Peaking, and HEIF Support. 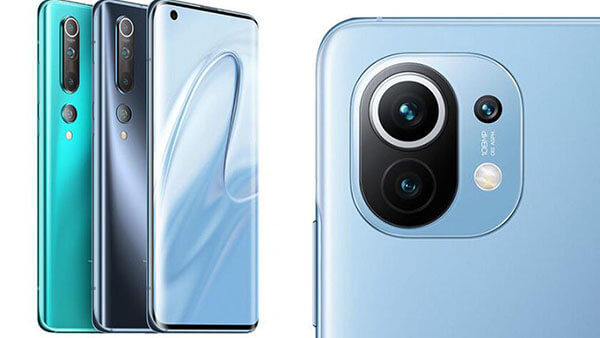 The Xiaomi Mi 11 is the first smartphone the company has ever designed to run on Qualcomm's Snapdragon 888 chipset, a processor used with high-end phones in 2021. The device also comes with the latest android operating system, android 11. The device is equipped with high-quality dual speakers tuned by the famous audio brand Harman Kardon, which also adjusts many Samsung audio systems. Mi 11 also supports Bluetooth 5.2 connectivity and WiFi 6E. The general performance is appealing with the 8GB of RAM, which is big enough to run intense graphics and heavy apps.

On the other hand, the Mi 10 is powered by a powerful processor called Qualcomm Snapdragon 865 with Adreno 650 GPU. The device packs 8GB OF RAM and 125/256GB storage to turning it into a smooth performer. The Mi 10 contains a multi-level cooler solution to keep the device components cool, especially in gaming. Besides running on android 10, Mi 10 supports the fastest wireless network technology that is 5G networks. The phone demonstrates completely high connectivity when it comes to WiFi bands and mobile data in the 5G coverage area. It also packs stereo speakers offering an enhanced audio experience.

The Mi 11 comes with an adequate battery capacity of 4600mAh, although this is not the most significant capacity Xiaomi has ever packed in their devices. The battery life supports most tasks and connectivity of the phone for long hours. As mentioned earlier in the article, the Mi 11 comes with high-end specs such as HDR quality with extreme frame rates. Switching the phone to higher performance mode will likely drain the battery faster, and this might require at least two charges a day. As demonstrated in this device, the battery life is not significant compared to the Mi 10. However, the device comes with top-notch charging capabilities of 55W wired and 50W wireless charging. You will not have to worry about the time consumed during recharging the device as it could take 40 minutes to fill up to 100% when fast charging it.

On the other hand, the Mi 10 packs a bigger battery capacity of 4780mAh. The battery supports 30W proprietary fast charging, which makes a big difference with the Mi 11. However, Xiaomi integrated the Qualcomm Quick Charge 3.0 with the Mi 10. When using the phone on heavy tasks like gaming and camera usage, the battery will last for a single day on a single charge. If you are using a fast charger bundled 30W, the smartphone will take about one hour to charge up completely. More like in the Xiaomi Mi 11, the reverse charging and wireless charge feature works just fine on the Mi 10 smartphone. A wireless charger bundled 30W from Xiaomi should be used to charge the device wirelessly. 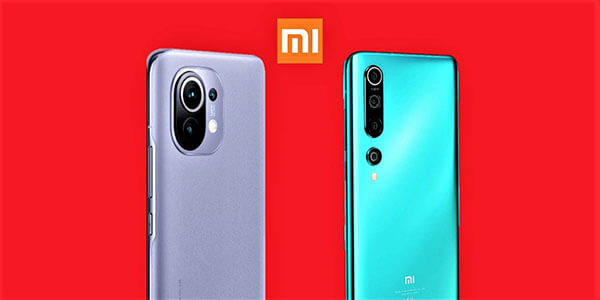 The Xiaomi smartphone manufacturer has demonstrated efforts in packing high-end features that improve the user experience in various ways. The Mi 10 and Mi 11 are great examples of their intense competition against the top-end smartphones from giant companies such as Google, Apple, and Samsung.

When comparing the Mi 10 and Mi 11, you can see a lot of similarities and a few differences that do still add up to a better user experience since both have adopted the new features as seen in other models launched in the same timeframe. With that said, you need to have detailed information as described in this blog to make a defined decision on the next Xiaomi model that will meet your needs.

Whether you are looking to purchase the Mi 10 or Mi 11, you will likely need to transfer your data. If you need to move all data from the old device, you will need the MobileTrans to complete the data migration process in a more straightforward technique.

MobileTrans is compatible with android, windows, and iOS smartphones, so you don't have to worry if your data exists on iPhone or iPad. Similarly, you can transfer any data, including videos, messages, apps, photos, and audio files. You can also use the program for WhatsApp transfer, backup, and restore. When using the Trans Mobile program, you will always have customer support and extensive knowledge you need at every step.