Do you want Vivo x60, Mi 11 or OnePlus 9? Check the comparison about these phones and try MobileTrans to transfer your phone data!

Major Smartphone companies such as Vivo, Xiaomi, and OnePlus have increased the launch of new variant smartphones: Vivo X60, Xiaomi 11, and OnePlus 9, respectively. Mobile devices are likely to offer new opportunities to consumers as they come with stronger hardware capabilities, robust software applications, multimedia functionalities, internet, and other core functions.

The new mobile devices provide a competitive landscape due to the recent developments around the functionality scope. Your choice of a smartphone will depend on specific configurations and their contributions to the consumer's needs. This article will provide detailed information on the Vivo X60, Xiaomi 11, and OnePlus 9 to help you make the right choice.

Tip: Transfer data from the old phone to the newest phone

Vivo is a Chinese smartphone manufacturer known for its latest flagship mobile phones with premium-looking features and specifications. The Vivo X60 series is the latest released handset that brings impressive all-around functionalities. Looking at the long-awaited X60 model, the phone tends to integrate the newest technologies as compared to its rivals. 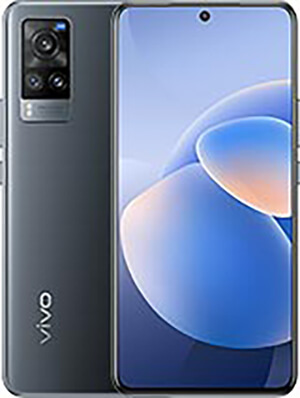 The Vivo X60 was first released in China along with the X60 Pro model and launched for sale on January 8, 2021. The global launch date is not known, but it will happen in early 2021.

The X60 comes in 3 variants which are priced differently.

Xiaomi is a pronounced smartphone company due to its competitiveness in the market, outstanding some giant rivals such as Samsung. With the release of its latest flagship phone, Xiaomi 11, the company has risen fast. In their Xiaomi 11 launch, the company announced that it is among the world's top smartphone sellers. 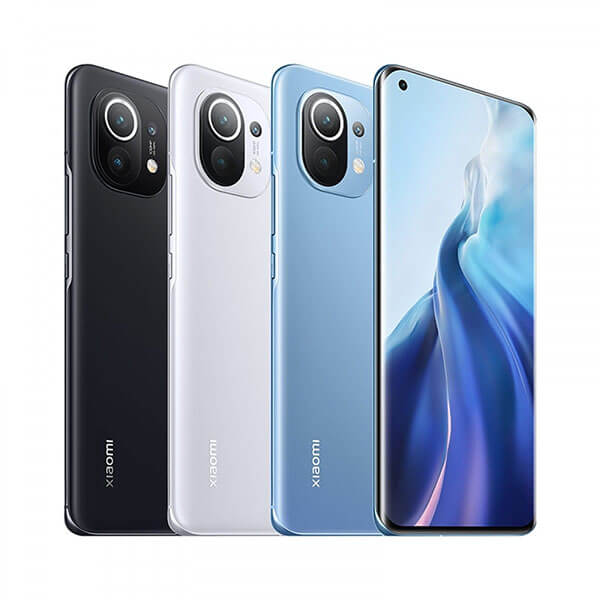 Xiaomi 11 is a premium phone with impressive specs in all departments: a super-fast processor, the newest technologies such as 5G, and a high resolution to bring a fast performance experience to the consumers. However, the company did provide unreliable battery and fingerprint scanners on the Xiaomi 11.

The Xiaomi 11 was first launched in the china market in late 2020. The company announced a latter launch in the European market was anticipated to happen on February 8, 2021. The device will soon be available to other markets thereafter. Xiaomi has not announced the international launch, but you will definitely know when they confirm the dates.

OnePlus is a Chinese smartphone maker known for its affordable flagship android phones. The company has a trend to update their flagship phones every year with processors with excellent performance. The OnePlus 9 model has packed new features and specifications configured to meet consumer needs. 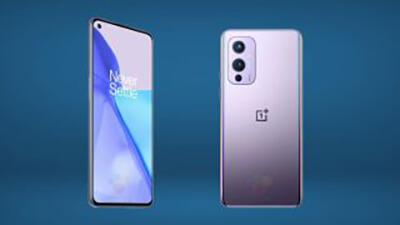 Price: This 6.5-inch OnePlus smartphone comes at a price of around $699.

The Vivo X60 is nearly identical to its predecessor, Vivo X51. The backside of the phone has a rectangular camera setup design. 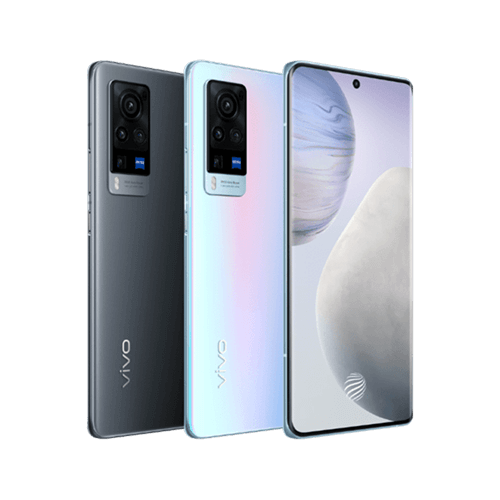 However, the front camera setup is different as it is located in the center, unlike the top left screen, as seen on the X51.

The phone incorporates AMOLED technology on its 6.56 inches screen and a refresh rate of 120Hz.

The pixel density portrayed on the X60 consists of 388ppi, while the device exhibits 1080 x 2340 pixels resolution. 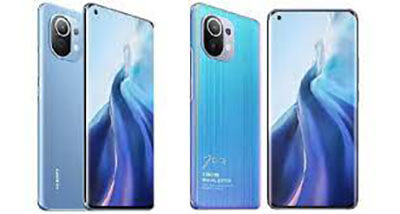 Display: The Xiaomi Mi 11 comes with a bigger screen with a 6.81-inch display. The screen of the phone appears to be curved on its edges. The phone's front and back are made of Gorilla Glass Victus and an aluminum frame that offers extra protection.

Design: The general design provides a comfortable feel on the hand as the phone is long and thin. The bottom of the phone consists of a type-C USB but lacks a 3.5mm headphone jack.

Xiaomi 11 screen resolutions go up to 1440 x 3200 and a vibrant AMOLED panel that supports HDR10+. The refresh rate of 120Hz is sufficient enough to make images appear smooth when moving. The 480Hz touch input rate that comes with the Mi 11 is much faster than average smartphones and is particularly suitable for an excellent gaming experience. 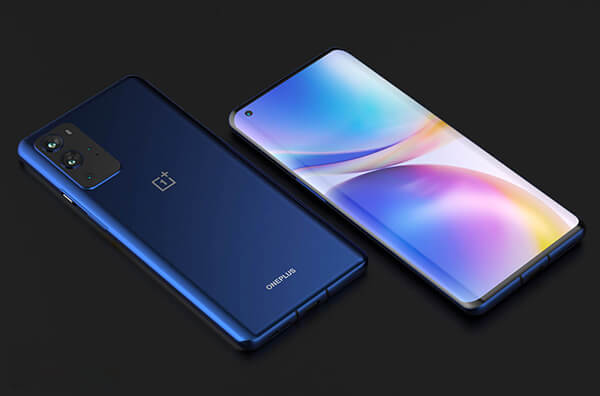 The onePlus phone maker seems to copy the OnePlus 8T design on its flagship phone OnePlus 9. The new phone comes with ultra-slim bezels and a pinhole selfie camera on the top left of the 6.55-inch screen.

Vivo X60 has packed three rear cameras that include the main camera with 48MP, 13MP ultra-wide, and a 13MP portrait snapper with 2x zoom.

Camera: The camera lenses are incredible and originate from Zeiss's photography company, also standard for making Nokia smartphone cameras. The main camera comes with a unique feature, an inbuilt gimbal that aid in image stabilization.

The front camera includes a 32MP selfie-shooting lens mounted on the top center of the screen. Vivo has included a couple of videography modes that consist of a 21:9 aspect ratio, Movie Texture Filter, subtitle mode, and stereo audio recording.

Xiaomi 11 comes with a triple camera setup in the rear featuring a primary camera with 108MP, a secondary ultra-wide camera with 13MP, and a 5MP macro camera.

Lenses: The lenses also come with low light capabilities. However, the wide-angle shooter does not have an exciting, dynamic range 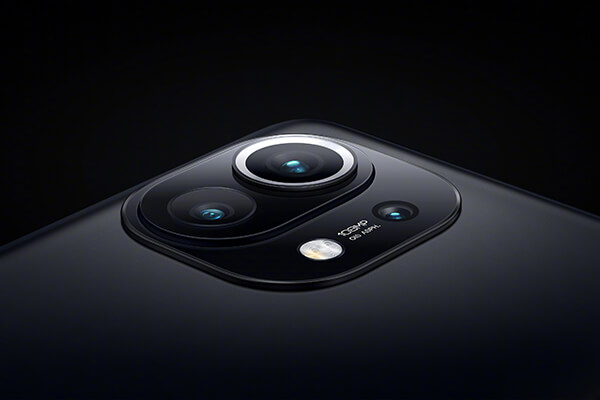 OnePlus reveals significant camera development on the latest flagship smartphone, the OnePlus 9, getting the jump on many of its rivals. The 48 MP main camera contain an upgraded image stabilization feature. 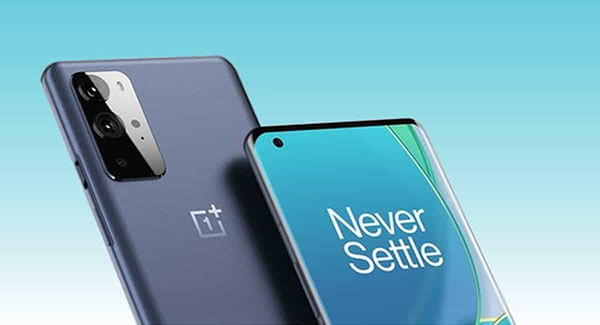 It also features a Sony IMX789 sensor coupled with HDR video recording that captures 8Kat 30fts and 4K at 120fts. The ultra-wide camera consists of a 50MP lens, while the monochrome camera has 2 megapixels.

The Vivo X60 runs on Samsung’s Exynos 1080 chipset. The chipsets bring a new experience, but it is anticipated to be powerful as the Snapdragon from Qualcomm. The chipset on the X60 is designed to support the latest technologies such as 5G connectivity.

System: As announced by the Vivo Company, the X60, among other future vivo smartphones, will run on a new operating system called OriginOS, unlike the previous handsets which used the FunTouchOs. The operating system will enable the X60 consumers to customize the home screen, among other configurations

Gaming is a treat, in particular, thanks to the snappy processor and the fast touch sampling rate incorporated with the Mi 11. The Xiaomi Company launched the Mi 11 that runs on android 11 accompanied by MIUI 12. The company will launch the upcoming phones in the Mi 11 lineup with android 11 based on the MIUI 12.5 soon.

The OnePlus smartphone has packed top-tier features and specs ranging from its updated chipset to large storage options, RAM, and gaming experience. The phone is generally smooth in loading apps and games. The Qualcomm Snapdragon 888 works along with the 8GB or 12GB of RAM and 128/256GB storage offering a competitive experience to rivals like Samsung galaxy s21.

However, the storage on the OnePlus 9 phones is not expandable. The android 11 and OnePlus UI work hand in hand to offer a customizable interface and create helpful menu features on the device. More importantly, the OnePlus 9 supports the 5G network, which is incredibly fast.

The Vivo X60 model comes with a battery capacity of 4300mAh, which is slightly lower than the Pro model. The phone supports a 33W wired charging but lacks wireless charging technology.

The battery capacity of the Xiaomi Mi 11 is bigger, with a capacity of 4600mAh that could last a day. Mi 11 is a feature-packed phone that is likely to consume more power; this explains the bigger battery. You also get 50W wireless and 55W wired charging options which take around 30 minutes to get from empty to full capacity.

On the other hand, the OnePlus 9 smartphone comes with a 4500mAh battery. The capacity is substantial to sustain consumers through the day. The fast charging feature is advantageous to the OnePlus 9 as it can charge to 100% in about 30minute.

Tip: Transfer data from the old phone to the newest phone

When looking to get a new android phone, you will definitely need to transfer data to the new device. During the transfer process, you will not want to spend forever moving data to the new phone. Wondershare MobileTrans is a program to help you transfer and control all your data in the old phone. 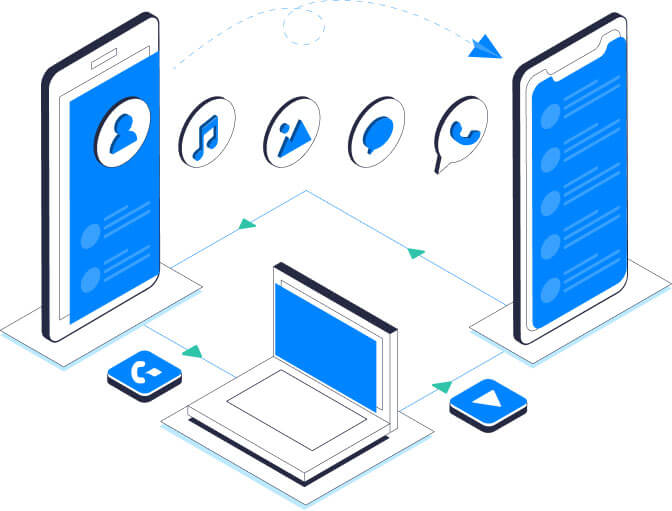 The program is capable of finding all backup files and transfer without overwriting or risks of data leaks. The transfer process is simplified with a one-click transfer system, even with different operating systems.

Alternatively, you can use other techniques such as Fonecopy. The program also allows smartphone users to transfer different kinds of content with simple steps. The data can be messages, calendars, multimedia files, call history, and many more.

Whenever you choose from the Vivo X60, Xiaomi Mi 11, or OnePlus smartphones, keep an eye on significant updates and the newest technologies that will meet your needs. This article gives you the detail you need to compare the three models and make a defined purchase decision. Ensure every feature-packed on the mobile phone is reliable based on what you want to embrace a great experience.