What is the Difference Between 4G and 5G

The fifth-generation network that is 5G is on its way. Promising superfast downloading and uploading speeds, 5G is a revolution in the mobile networking sector. 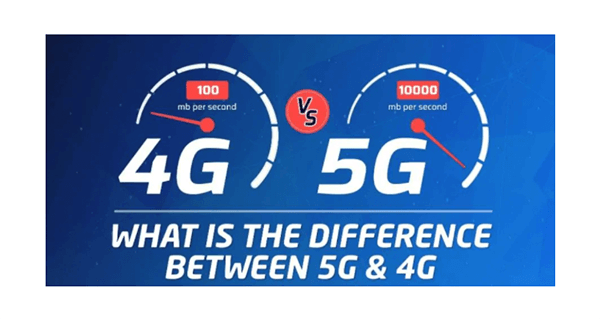 But, beyond faster speeds and lower latency, what do you know about 5G? What makes it different from 4G?

This article will discuss all the aspects that exactly make a difference between 4G and 5G.

Part 2: What is the Difference Between 4G and 5G?

Dependency on internet connectivity is the main reason to develop 4G after 1G, 2G, and 3G. Now, further demand for high-speed data transfer gives rise to the need for 5G technology. To minimize the congestion during connectivity, the networks' speed is very important, which is why the new generation of networks arises.

The existing 4G networks cannot meet the consumer's demands for large data transfer at a fast speed. In the future also the need for more data will continue to grow as the number of IoT devices growing rapidly.

Let's find out detailed information about 4G and 5G!

In simple terms, 4G is the fourth generation broadband cellular network technology released in the late 2000s. It is an improved version of 3G and is 50 times faster than third-generation networks.

4G supports high-definition mobile TV, video conferencing, clear voice calls, and much more. Further, this network makes it much quicker to surf the web on smartphones, laptops, and tablets than 3G.

Over the last few years, more people get access to the Internet of Things and mobile devices. It is assumed that by 2024 more than 23 billion devices will need a cellular network.

In such a case, 4G is unable to deliver the expected speed and data transfer. That's where 5G comes in.

5G is the fifth generation network that will revolutionize the mobile network with high downloading and uploading speed of the data. It has started hitting the market at the end of 2018 and will continue to expand near future. 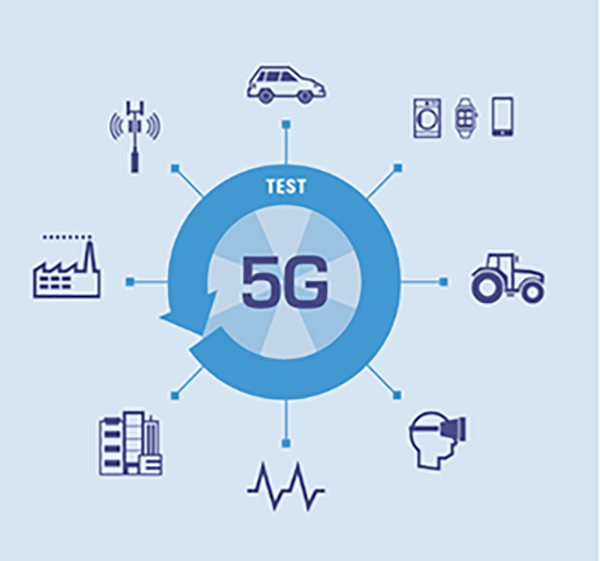 It will allow you to have access to multiple devices at the same time. Further, it will offer stable data connections, improved bandwidth for accessing and sharing big data. All in all, 5G will minimize the lag times and improve the ability to compile data quickly.

5G Ultra Wideband uses a massive upscaling of network technology. This means the data rates of 5G are faster than a blink of an eye.

The connectivity benefits of 5G will improve productivity and make businesses more efficient as well.

Let's check out the difference between 4G and 5G!

Part 2- What is the Difference Between 4G and 5G?

Beyond lower latency and faster speeds, much more makes 5G technology different from 4G. Following are the differences that you need to know between 4G and 5G.

Speed is one of the key elements of the next-generation network. 5G is faster, smarter, as well as more energy-efficient than the 4G network. The 5G network's speed is 10 gigabits per second, which is 100 times faster than 4G.

It means with 5G. You can download the high-definition film in a fraction of seconds, which takes about an hour with the current 4G networks.

Besides, the connectivity requirement also varies that depends upon what network you are using.

Like when you are streaming a film on your Smartphone, your connected car demands a special connectivity level, which is not always obtainable with the 4G network.

The data given below can help you to understand the connectivity concept with more clarity.

Every network operator owns some blocks of the spectrum, which create the total network capacity. Further, this capacity determines the speed of data transfer.

In 4G, the capacity is less while the users are increasing day by day. This problem will get solved with the 5G, as it has a hundred times more capacity than 4G.

For example- the operator may have 100 MHz of spectrum to use for all of its customers in one country, but with 5G networks, it will increase to approximately 1,000 MHz

This is the real change that you will notice with 5G.

Latency measures how much time the signal will take to go from its source to the receiver and then finally go back. One of the most important things that wireless generation is focusing on to reduce for making the connectivity better and fast.

The 5G networks have a lower latency rate as compare to the 4G LTE. In 4G networks, the latency rate is approximately 40 to 50 milliseconds.

On the other hand, the latency rate of 5G is significantly lower than 4G, and it is only one millisecond in 5G.

In comparison to 4G, 5G technology can deploy many new applications that will improve the quality of life. The massive connectivity of 5G will benefit everyone including, workers, gamers, business people, students, and all in between.

Take a look at some 5G applications to understand the difference between 4G and 5G in a better way!

You can see the most noticeable and initial impacts of the 5G network on the mobile services. With the help of 5G mobile networks, you can take the benefit of high-definition streaming video without any buffering. 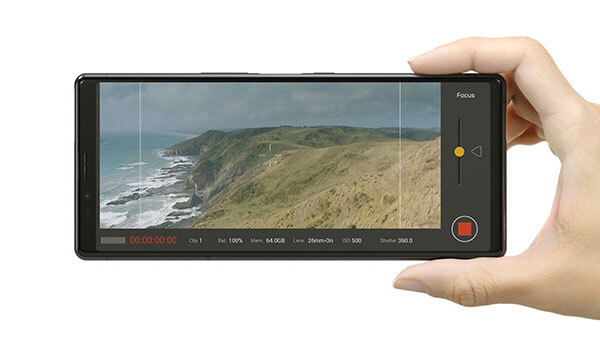 With an immense increase in the network capacity, 5G is also predictable to reduce the slowdowns during its usage. With this, sports fans are able to stream during the big gaming sessions as wee.

On the other side, with 4G, you face many problems with live streaming of long-hour matches and 4K video streaming. 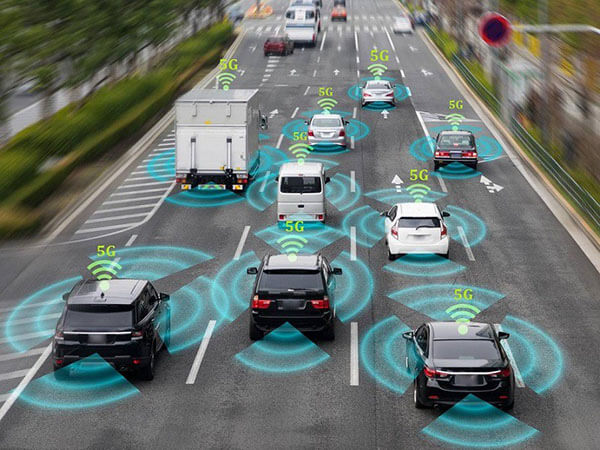 5G allows the vehicles to respond against the objects and help to change the direction automatically. For example - A car is traveling at 30 miles per hour speed, it receives a signal instantly from 5G and automatically changes the speed.  This helps the car from getting hit by an object.

However, with the current 4G latency, which is around 100 milliseconds, the car will receive the signals a little later as compared to the 5G network. This may cause any accident as well. Therefore 5G is the future of autonomous vehicles but not 4G.

All the Augmented Reality, as well as Virtual Reality applications, will become more interactive and immersive with a low latency of 5G. In the industrial sector, a technician who wears 5G AR goggles is able to see an overlay of a machine.

Further, it allows you to identify the different parts of machines that are not at all safe to touch. 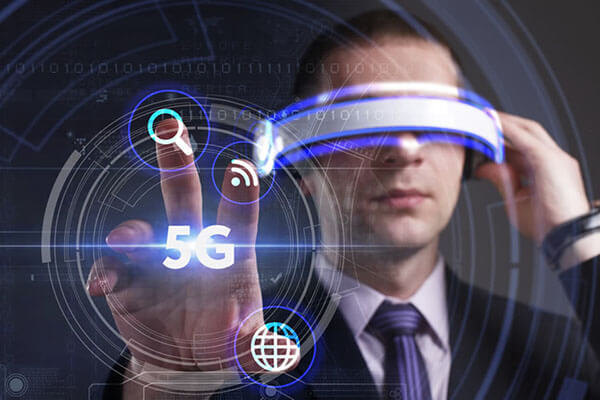 When you apply AI to an immense amount of data, 5G will accelerate the data with more efficient connectivity. For example, the smart city's AI can correlate all the data of the traffic lights automatically.

Further, 5G networks also allow you to enable AI inference at the edge. This helps deliver all the necessary data from the source devices to the central cloud refine AI models. 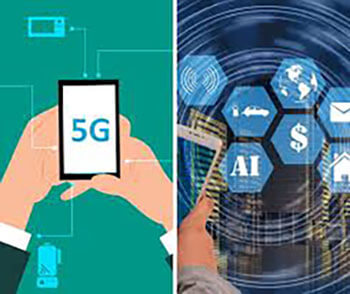 For example- you can collect the data from connected vehicles to know about road conditions and improve cloud-based mapping services.

There is no doubt that 5G is the future technology and is the need of time. But, currently, we can say that 5G will not replace 4G.

The main reason behind it is that 5G is in its embryonic stage, and technology is still not fully formed to adopt it. Moreover, upgrading all the software to 5G is not so easy or a one-day task.

Many types of equipment need to be changed for using 5G appropriately. Therefore, it will take time to upgrade all the devices for 5G networks. Even the cell phone towers need to upgrade with the latest 5G antennas for better signal strength.

So we will use 4G and 5G together for a long time. The same is the case with 4G. Even though it has been everywhere, we still can see 3G, 2G, and 1G in many places.

Therefore, 5G will not replace 4G, but we will use them together for a long time.

We hope that you have gained knowledge about the 4G and 5G from the above article. There is no doubt that 5G is faster than 4G, but it will not replace 4G completely.

In terms of applications, speed, latency, and technology, 5G is far better than 4G. It is the future of cellular networks.

However, instead of waiting for the 5G networks to rollout fully, you can still build the future with the available 4G technology. And can completely use the benefit of 5G networks when it is available widely.

Upcoming 5G Phones List: Which Do You Want? How fast is 5G Speed? 5G is Dangerous to Human Beings and Environment: Why and How? How to Check if My Phone Support 5G? Do I Need a 5G Phone Now : Check These Questions!