4 Amazing Methods - How to Open HEIC File in Android

Hello, I just discovered my iPhone 11 ProMax photos files are saved in HEIC formats. How can I open these HEIC files on my Android phone?

If you're using an iPhone or iPad running iOS 11 or later, chances are your photos have been saved in HEIC format. Although HEIC is better than JPG, the problem is that it's not widely compatible with some other devices. Thus, making it impossible for users to view HEIC files on some Android devices.

So, without further ado, let's dive into this article. 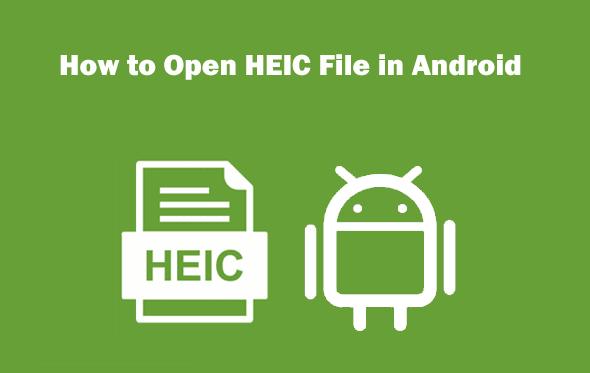 Part 1: Can You Open HEIC on Android?

Part 2: Convert HEIC to JPG and View Them on Android

Part 3: How to Open HEIC File on Android via Google Photos

Part 1: Can You Open HEIC on Android?

Yes, you can open HEIC on Android. However, only devices running Android version 9 and later supports HEIC natively. So, if your Android phones run on older versions, it would be tricky for you to view HEIC files. Nevertheless, you can use the tools explained in this article to get this job done. So, keep reading.

Part 2: Convert HEIC to JPG and View Them on Android

To view HEIC photos on some old Android devices, you can convert HEIC on Android into JPG first. Then you can turn to the powerful HEIC to JPG converter - MobileTrans.

With MobileTrans, you can convert up to 100 HEIC files to JPG in just one click with lightning-fast speed, and the fantastic thing about the tool is that it's lightweight, so it doesn't compromise computer functionality. To it all, this feature is 100% free to use.

Convert HEIC Photos to JPG Format With a few Clicks!

Step 1: Launch the MobileTrans program on your computer and click on the 'More' module. 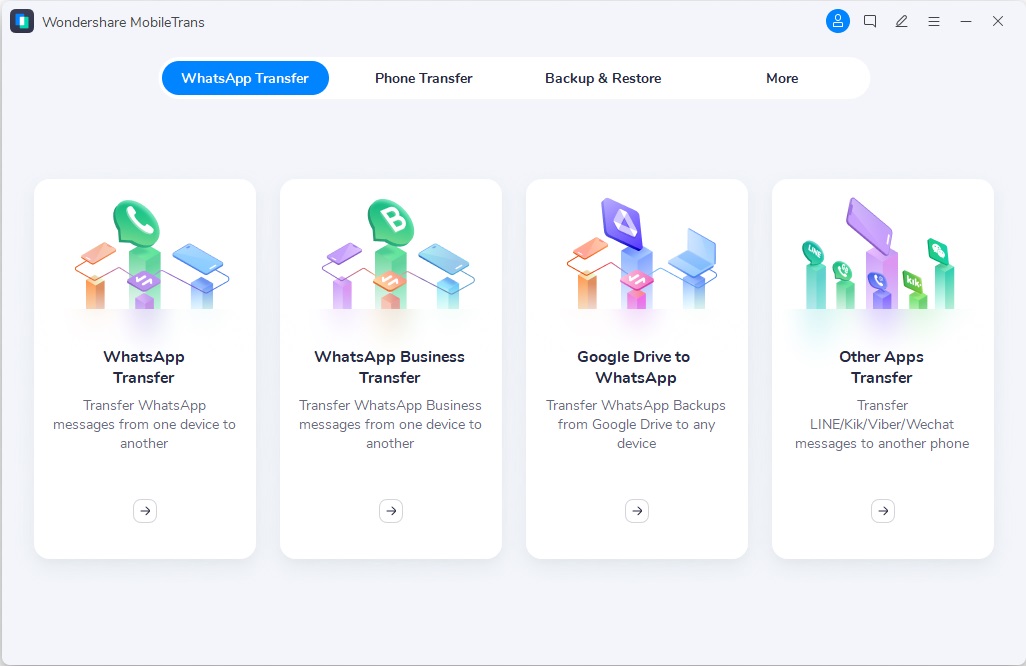 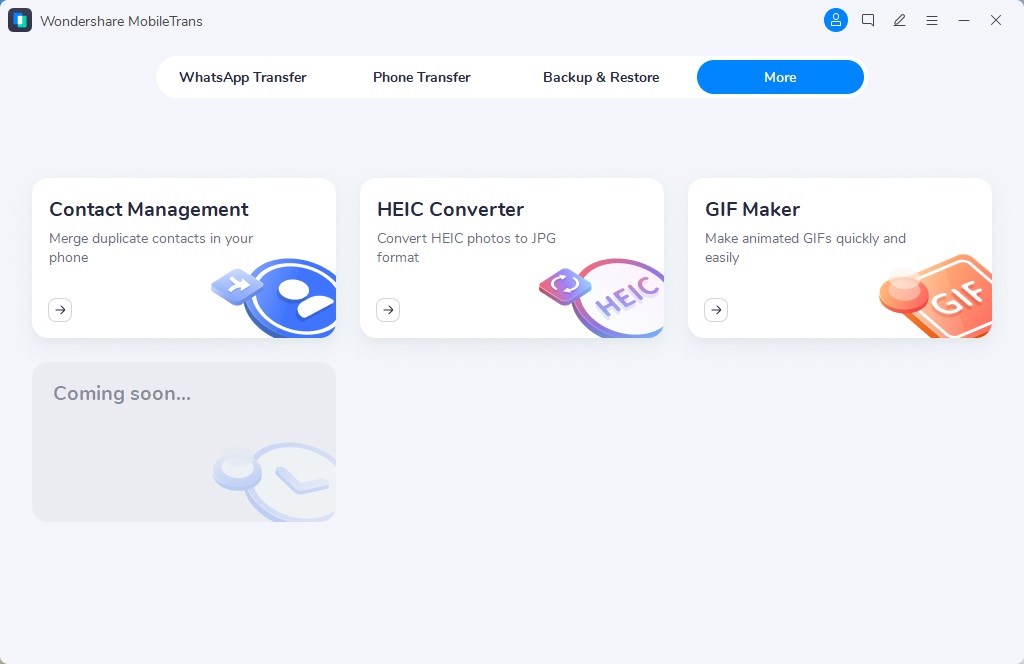 Step 3: Upload the HEIC picture you want to convert to JPG by clicking the Add button or drag-n-drop them to the MobileTrans interface. 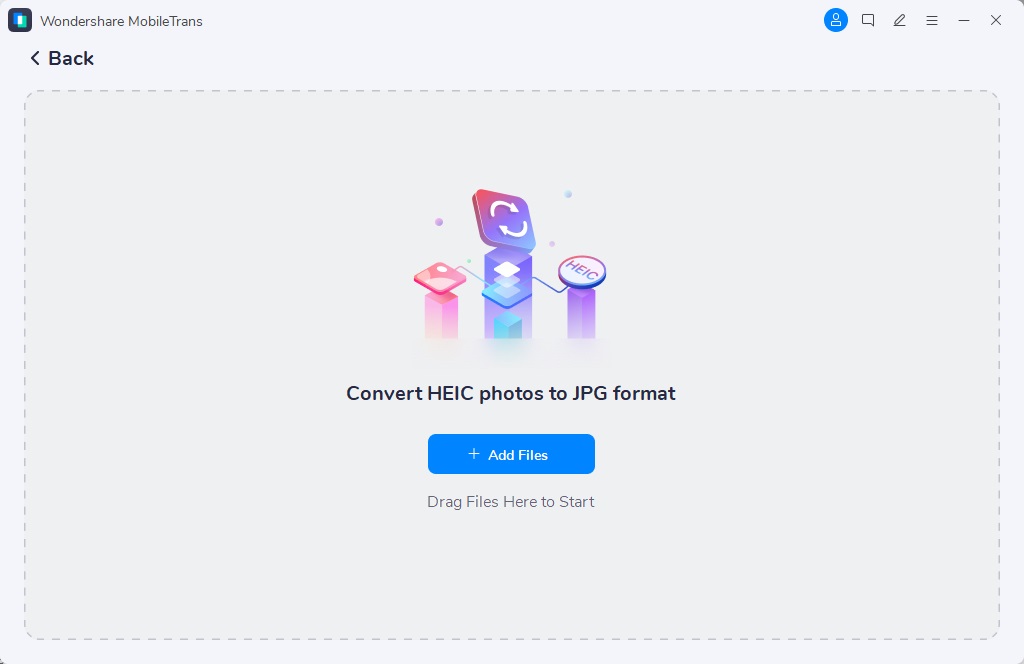 Step 4: Click the 'Convert' button at the bottom right corner to convert HEIC to JPG instantly. Afterward, save the JPG files to a preferred location on your PC. 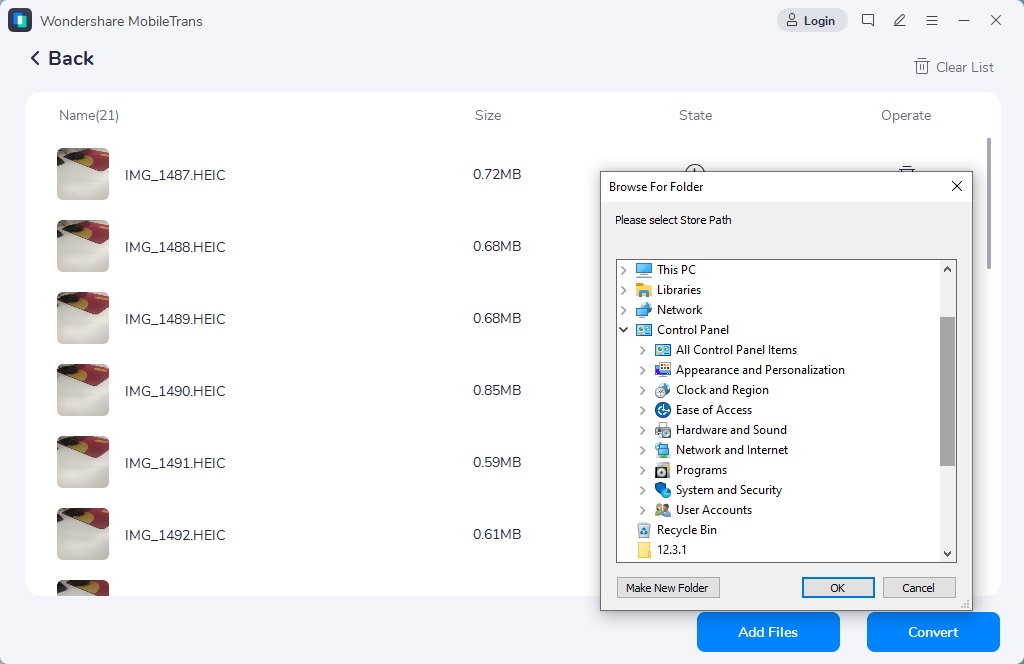 Now, you can export these new JPG photos to your Android phone and view them.

Note: Before converting HEIC images, you must first move photos from your mobile device to the computer.

Part 3: How to Open HEIC File on Android via Google Photos

Using Google Photos is another ideal method to open HEIC files on Android. This is because Google Photos provides the functionality of viewing HEIC photos natively. You can sync your iPhone photos to Google Photos and view them on your Android device.

The steps below show how to open HEIC files on Android via Google Photos.

Step 1: Install Google Photos on your iPhone. Then allow it to access all your iPhone photos and sync them to the Google photos.

Step 1: Open the 'Google Photos app' on your Android > locate Library at the bottom of the screen and tap on it.

Step 2: Locate the folder where you saved the HEIC files. 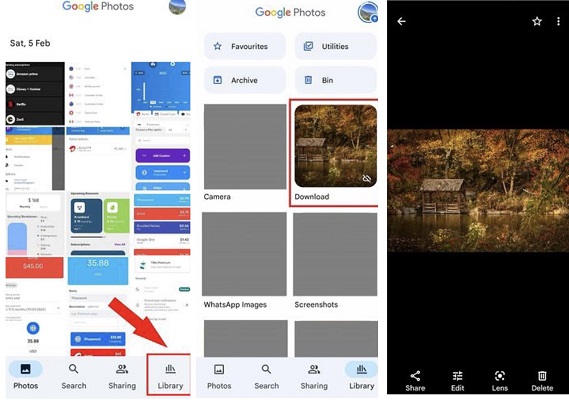 Step 3: Tap the images to preview them in the Android app.

You can also view HEIC photos on Android via the e-mail service if you don't want to use Google Photos. The Gmail app on your iPhone automatically converts all HEIC images to JPG by default once you send them as an attachment in an e-mail. Thus, making it easy for you to view them on an Android device.

The steps below illustrate the process of using this method.

Step 1: Open the 'Photos' app on your iPhone and click 'Library' at the bottom of the screen.

Step 2: Tap on 'Select' on the top and choose the photos you want to view on your Android phone. Then, hit the Share button at the bottom left corner of your screen and select 'Gmail' from the pop-up that appears on your screen. 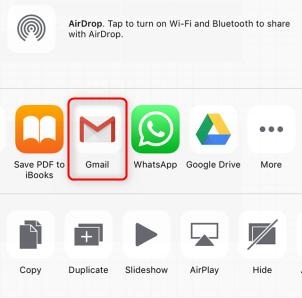 Step 3: Send the photos as an attachment in a mail. Then download the files and open them on your Android phone. 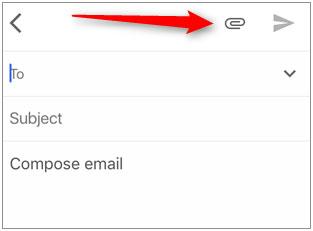 Note: You can only send a total HEIC file size of 25MB HEIC at once.

Step 1: Install the Dropbox app from the App Store on your iPhone.

Step 2: Launch Dropbox and upload all the HEIC files you want to open on your Android to the app. 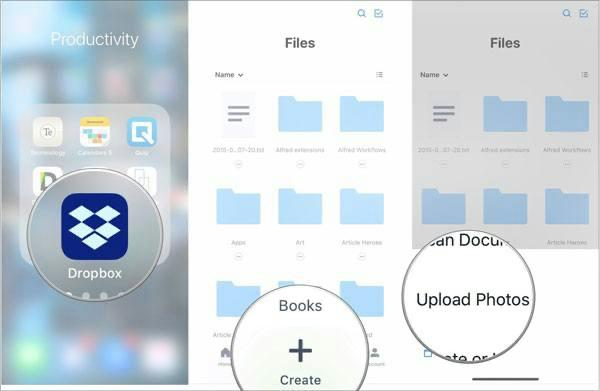 Step 3: Download and install the Dropbox app on your Android phone. Then open the 'Photos folder' and view the HEIC files you uploaded there.

Irrespective of your reason for viewing HEIC files on Android, this article has explained the different methods you can employ to do the job effortlessly. You can use the powerful MobileTrans software, Google Photos, Gmail, or Dropbox. However, it's advisable to use MobileTrans software as it allows you to convert HEIC to JPG and easily access HEIC photos across different devices.

How to Batch Convert HEIC to JPG on Computer & Mobile Devices

Convert HEIC to JPG on PC, Mac, iPhone and Android: A Ultimate Guide

6 Amazing Methods To Convert HEIC to JPG on Android