iTunes has been the glue of Apple's universe: it connects almost all of your Apple devices. However, it has been under increasing criticism in recent years for its poor performance and tries to do too much. And Apple is slowly killing it off.

What Can iTunes Do for You?

What Can iTunes Do for You?

iTunes has been the most hated app for years and is bloated with too many services. Here is the list of features that iTunes offers. 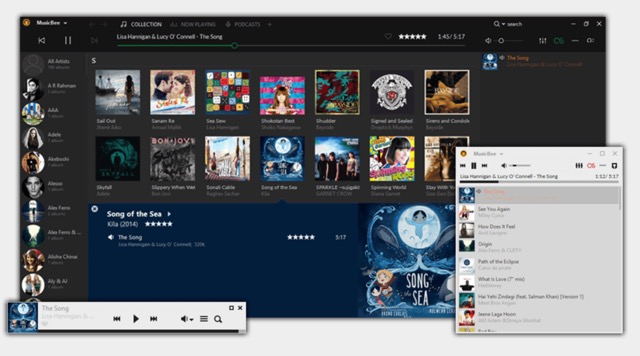 If you want an iTunes alternative to play and manage your music files, MusicBee can be your go-to platform. It converts your computer into a jukebox with its logarithmic volume scaling, gapless playback, a 15-band equalizer to fine-tune your music, and it can also sync music between different devices.

What makes MusicBee stand out from its competitors is its exclusive features. Some include Sound cloud integration, the ability to customize its theme, and an auto-tagging feature that automatically organizes your music collection. But that's not all. MusicBee also offers a wide range of WinAmp plugins that enhance your music even more, making it one of the best free iTunes alternatives for iPhone. 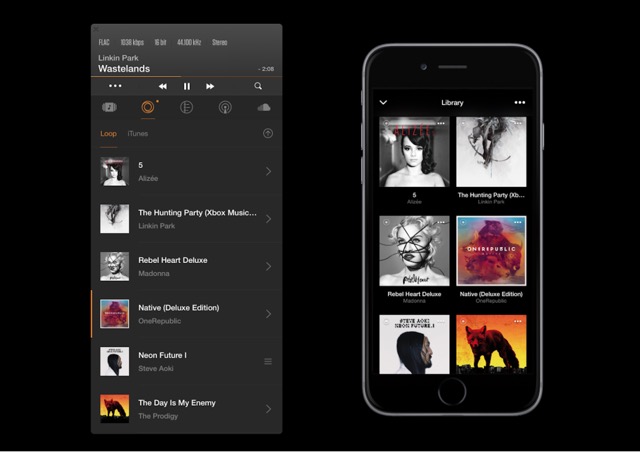 If you're a music nerd and want to listen to real quality tunes, Vox has a lot to offer. However, its most notable feature is its Hi-Res audio playback with up to 24bit/192kHz. That's four times higher than the standard 44kHz sound resolution.

Even though Vox supports direct audio streaming from YouTube, Soundcloud, and more than 30,000 Internet Radio Stations, it can also play songs saved on your computer. In addition, Vox supports a wide range of file formats, including FLAC, APE, CUE, and M4A making it a complete music player and a strong replacement for iTunes. 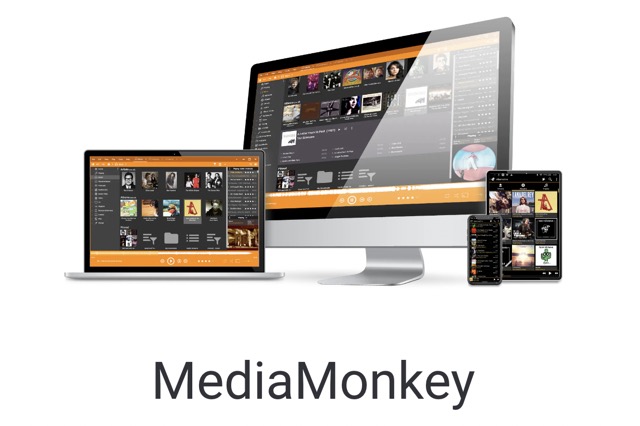 If you have an extensive music collection, you know the pain of scanning through it to find a song whose lyrics suddenly ring a bell in your head. Lucky for you, MediaMonkey can help you organize over 100,000+ songs, audiobooks, podcasts, and music videos. In addition, it automatically categorizes files based on tags and metadata, making it a great iTunes alternative for windows.

The best part? It also automatically finds and adds missing tags and metadata to your files. It can also remove duplicate files, create playlists, and rename files to make them easier to find. Apart from that, MediaMonkey can also share audio files across multiple devices, stream them over Bluetooth or Chromecast, and even convert their file formats.

iTunes has always been criticized for its file-sharing feature. Here are some of the alternatives that do this job much better. 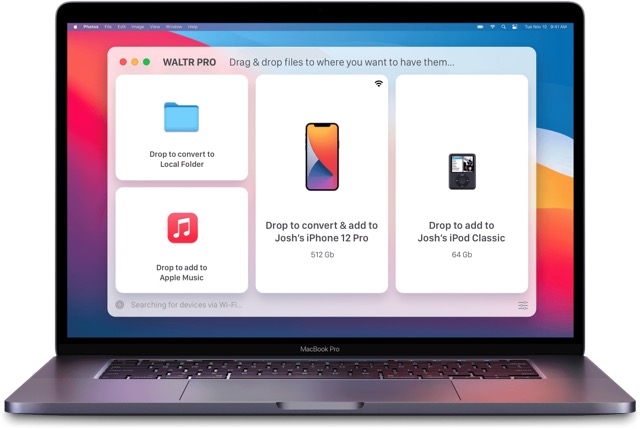 Don't you hate the overly complex way of transferring files between your computer and your iPhone? If that's the case, then WALTR PRO's simple and minimalistic UI is a godsend for you. Unlike iTunes, it's not loaded with many buttons and options that can sometimes get overwhelming. What makes it even better is that WALTR PRO focuses on making it easier to transfer files.

For example, you can drag and drop any files to transfer them to your iPhone, and WALTR will automatically convert them to a supporting format and add them to the respective app library. Additionally, WALTR PRO is not just limited to apple's stock apps and supports third-party iOS apps, like the VLC media player and Kindle. 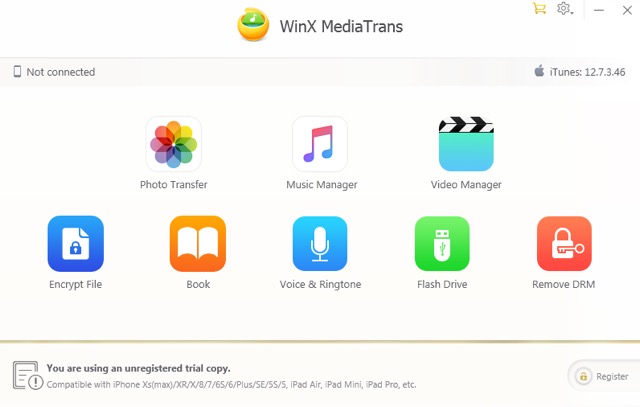 WinX MediaTrans is designed to fill the gaps left by iTunes. Unlike iTunes, it's effortless to set up as it installs in a single click. It supports a two-way file transfer meaning that you can transfer files from your iOS device and your Windows PC.

It can also automatically convert native iOS file formats like HEIC to JPEG and decodes DRM-ed videos or music to MP4 and MP3. But what makes WinX MediaTrans amazing is its unique features, like the ability to create encrypted backups that are password protected and transfer any music to iPhone and turn it into a ringtone.

MobileTrans is a powerful yet easy-to-use file transfer tool that lets you directly transfer any file stored on your phone's storage between your computer or another phone. It supports almost every smartphone and bridges the gap between Android and iOS by allowing you to transfer files and data directly from iCloud to an Android phone.

What makes it even better is that it uses the latest security technology to encrypt all transfers, ensuring that your data remains safe and secure. With its speedy transfer times, ease of use, and broad compatibility, MobileTrans is the perfect alternative to iTunes.

Here is a list of apps that support iPhone backups better than iTunes.

Easy to Backup to PC and Best Way to Restore iTunes Backup in 1 Click!

Apart from transferring files, you can also use MobileTrans to create backups of your phones and restore them in just a few clicks. It's compatible with both Windows and Mac operating systems and allows you to create a complete backup of your iOS and Android devices to your computer for free. In addition, MobileTrans supports more than 18 data types, including photos, messages, contacts, and more.

It can do more than just back up your Android and iOS devices. For example, you can back up your messaging apps like WhatsApp and encrypt your backups. So if you are looking for an easy-to-use and reliable iPhone backup tool, then MobileTrans is an excellent option. 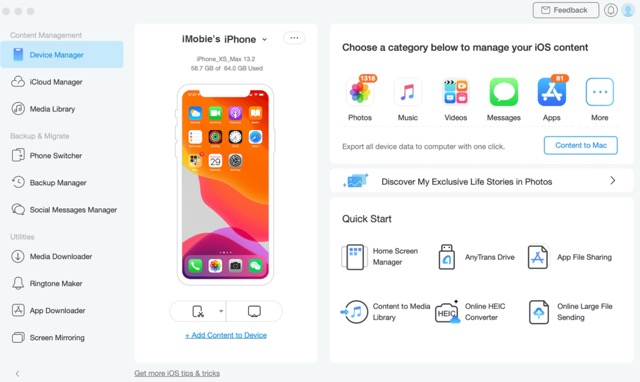 AnyTrans can transfer and manage 27 types of iOS data across iPhone, iPad, iPod, iTunes, and iCloud, including music, videos, photos, messages, apps, WhatsApp chats, and more. It can also automatically create a backup of your apple devices if they are on the same Wi-Fi network.

It also features an option for incremental backups. So you don't have to waste time backing up files that have already been backed up before. The best part is that it's compatible with any Apple device running iOS 5 or higher, making it a great iTunes alternative for iPods and iPhones that are now obsolete.

Given the limited options, finding the perfect iTunes alternative for Mac and Windows can be challenging, but we hope this list helped you make a better decision. However, if you're still confused about which iTunes alternative to manage your iPhone data, you can never go wrong with MobileTrans.

It offers many features, like transferring files directly between your phone and computer and backing up your iPhone with a password in just a few clicks. Download MobileTrans now.

Backup all content on your phone to PC quickly and easily. You can restore the backup to any iOS/Android devices whenever you need.

iTunes Driver Not Installed or Updating? Here's the Fix

How to Fix iTunes “Back Up Now” Button Greyed Out?