How To Take Screenshots On Snapchat Without Notifying The Sender

All mobile users are aware of the screenshot features in their phones. It has made taking photos of whatever is on our screen way easier. Back then, we would usually write whatever text or use another phone to take a photo that we needed to make a copy of. Nowadays, screenshotting can just be done on one phone with just a press of a few buttons.

Part 1: Why does Snapchat notify you when you screenshot?

Part 2: Can you screenshot on Snapchat without them knowing?

Part 3: Is it illegal to screenshot a Snapchat?

Part 1: Why does Snapchat notify you when you screenshot?

Snapchat became famous because of the feature that they have in its application. For all messages or snaps that were sent to someone, that message or snap will be deleted after a few seconds and be gone from your chat history. People loved that concept and more users registered on Snapchat and people were sending their friends messages or snaps.

If they enabled screenshotting in their application, it opposes the purpose of why the Snapchat application where messages are immediately deleted after viewing or a certain duration as default.Aside from that, it also helps with the user’s privacy protection, so you are aware of who’s storing your pictures. So it is suggested that you should be careful when taking a screenshot while using the Snapchat application.

Part 2: Can you screenshot on Snapchat without them knowing?

Even though screenshots are not allowed on Snapchat, there are still numerous ways how you can take a screenshot of any content that was sent through the application. We searched on the internet and compiled the ways for you to be able to screenshot in the Snapchat application.

Option 1: Use another phone to record or take a photo.

Another option for Android phone users would be to use the screen recording feature in your phone. You can follow the steps below on how to do this. 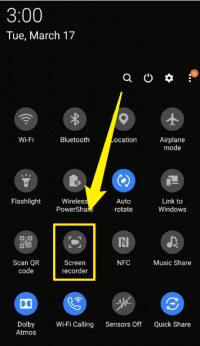 Option 3: Turn on Airplane Mode on your phone.

Here’s another way to take screenshots with your phone for iPhone users. You can put your phone on “Airplane Mode” and get your screenshot; however, there could be times that this will not work, so make sure to do this if you are okay with the possibility of notifying the sender. 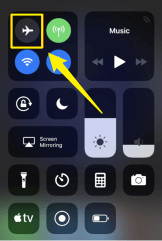 Option 4: Use the “Mirror” feature.

Screen mirroring is another way for Android users to be able to take screenshots. It is being able to the content of your phone on a larger screen. With screen mirroring, you will need to connect your laptop and TV with an HDMI, and with just a few clicks, you will get your screenshot. 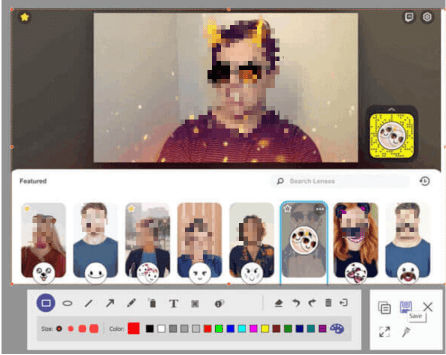 Part 3: Is it illegal to screenshot a Snapchat?

It is not illegal to screenshot anything on Snapchat, as whatever it is that you send on Snapchat, you are aware that someone will be viewing it. However, it is still within the rights of the sender to be aware of whether another person is keeping a copy of the content. That is why it is always important to ask for their consent beforehand.

We hope that the options we have shared will be useful for you using the Snapchat application. We also want to remind all of you that even though we have shared numerous ways to take a screenshot without the other person knowing, it is still important always to get their consent beforehand or let them be aware that you will have a copy.

As they say, that is the beauty of using Snapchat, you can send photos, or videos sometimes and allow them to be viewable for just a certain amount of time and have them erased from your chat histories. You can also read more tricks about Snapchat in our article “21 Hidden Snapchat Hacks & Features You Might Have Missed”.

How To Increase Your Snap Score Fast on Snapchat?

How to Recover Deleted Snapchat Messages?

How To Know If Someone Blocked or Deleted You on Snapchat?

How to Export Telegram/WeChat/Snapchat Stickers to WhatsApp? What Is Dark Mode And How To Enable Dark Mode On Snapchat (iOS & Android) How to Deactivate or Delete Your Snapchat Account? How To Know If Someone Blocked or Deleted You on Snapchat? 21 Hidden Snapchat Hacks & Features You Might Have Missed