How to Use Two Viber Accounts in One Phone: Free and 100% Working Solutions

“How to use two Viber in one phone? I have a dual SIM phone so I can have two Viber accounts, but I can’t seem to configure two apps in a single phone!”

As surprising as it might sound, this is one of the many queries we receive from Viber users who wish to use two accounts in one phone. For instance, you might wish to keep one Viber account for your work and the other for your personal chats. While it might sound a bit tricky, there are some workarounds that can help you do the same. To do this, you can use an inbuilt feature of the device or any third-party application. In this guide, I’m going to teach you how to use two Viber in one phone with some other Viber tips to consider.

Part 1: How to Use Two Viber in One Phone via Parallel Space?

Part 2: How to Use Two Viber in One Phone with Clone App?

Part 1: How to Use Two Viber in One Phone via Parallel Space?

When we talk about running dual apps on a single device, Parallel Space is one of the first solutions that come to our mind. Being an extremely popular app, it is already used by millions of users to duplicate several applications. Since Parallel Space is compatible with every major social application like WhatsApp, Facebook, Instagram, and more, it can easily help you run two Viber accounts on your phone.

After getting to know these prerequisites, you can learn how to use two Viber in one phone by following these steps:

To start with, just install Parallel Space on your Android phone by visiting its App Store page. Once it is installed, launch Parallel Space and agree to its terms and conditions to get things started. The basic services of the app are free, but you can also do in-app purchases for its advanced features. 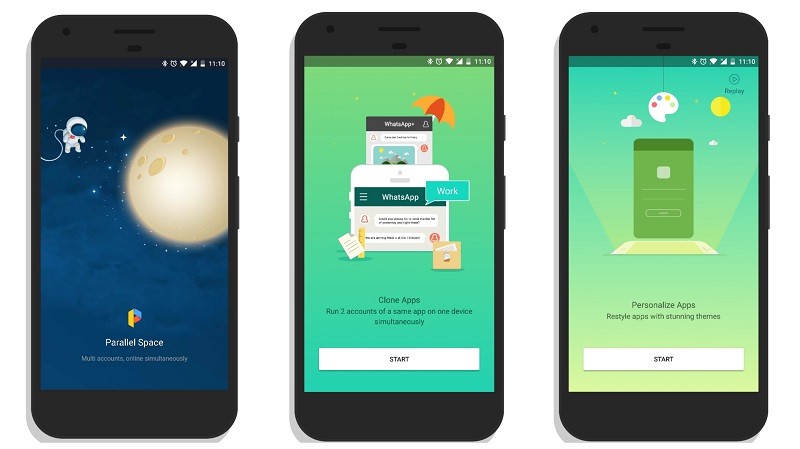 Whenever you wish to have two Viber apps on your phone, just launch the Parallel Space application and select Viber from the list of the apps that it supports. Tap on the add icon and simply include Viber to its dual space feature. 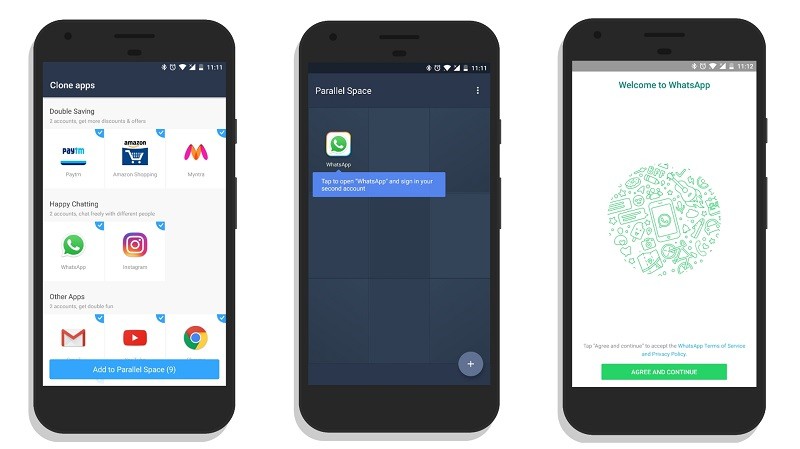 That’s it! Once you have added Viber to its dual space, you can go to your phone’s home and access both the apps on it respectively. You can link both these apps to different Viber accounts. 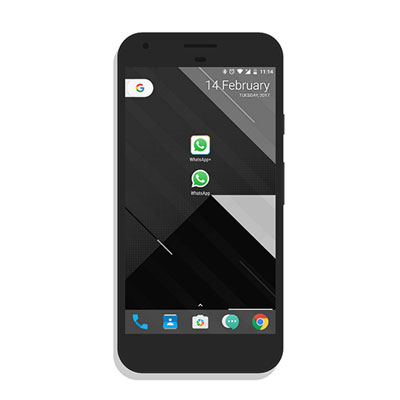 Part 2: How to Use Two Viber in One Phone with Clone App?

Here’s how to use two Viber in one phone using the Clone App:

If you don’t have Clone App installed on your phone, then go to its Play Store page and simply download it on your Android.

Launch the app and go to its “Clone App” feature where you can see all the available apps that can be cloned. Just add Viber to the list and create its clone.

In the end, you can have the cloned Viber app installed on your phone. You can launch it and connect it to your second phone number. 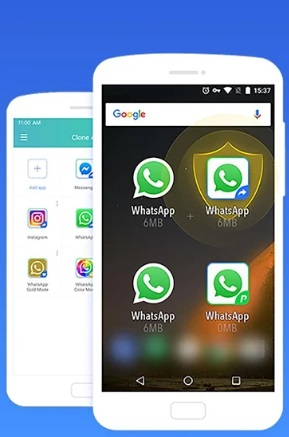 I’m sure that by now you can teach anyone how to use two Viber in one phone easily. Though, if you are an avid user of Viber, then you should take some preventive measures to keep your data safe. I would recommend using MobileTrans - WhatsApp Transfer that can backup your Viber chats with just a single click. The application can save your Viber conversations, group chats, shared attachments, and so on. Later, you can restore the previously taken backup from your computer to your iOS device as well.

To begin with, just connect your iOS device to the system using a working cable and launch MobileTrans on it. Visit the “Backup&Restore＞App Backup&Restore” and go to the Viber section from the sidebar. 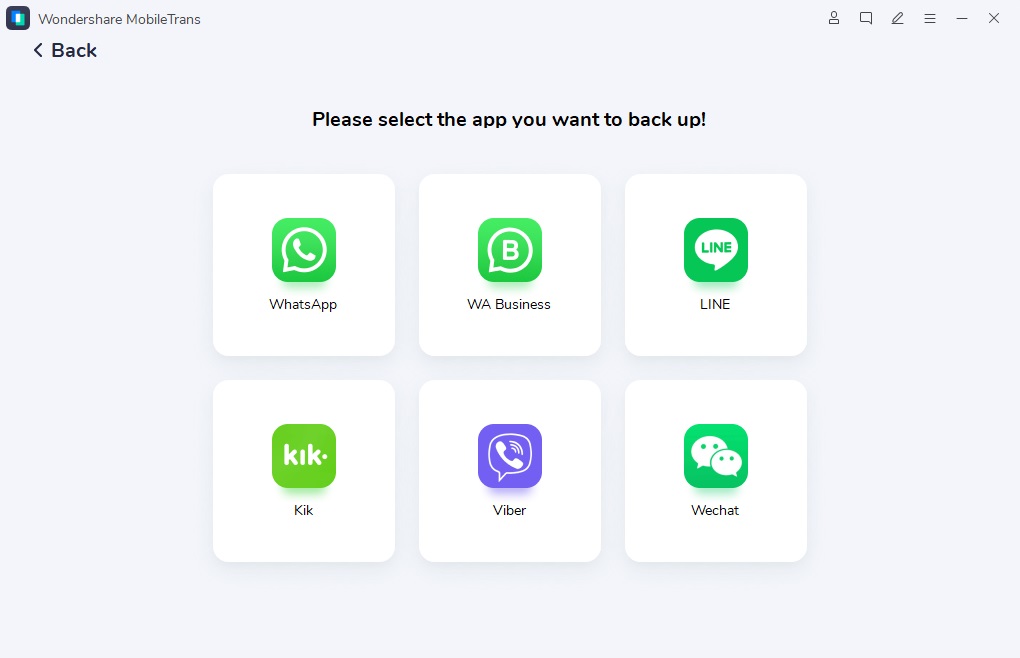 Simply click on the “Backup” button and start the process to save your Viber data on your computer. 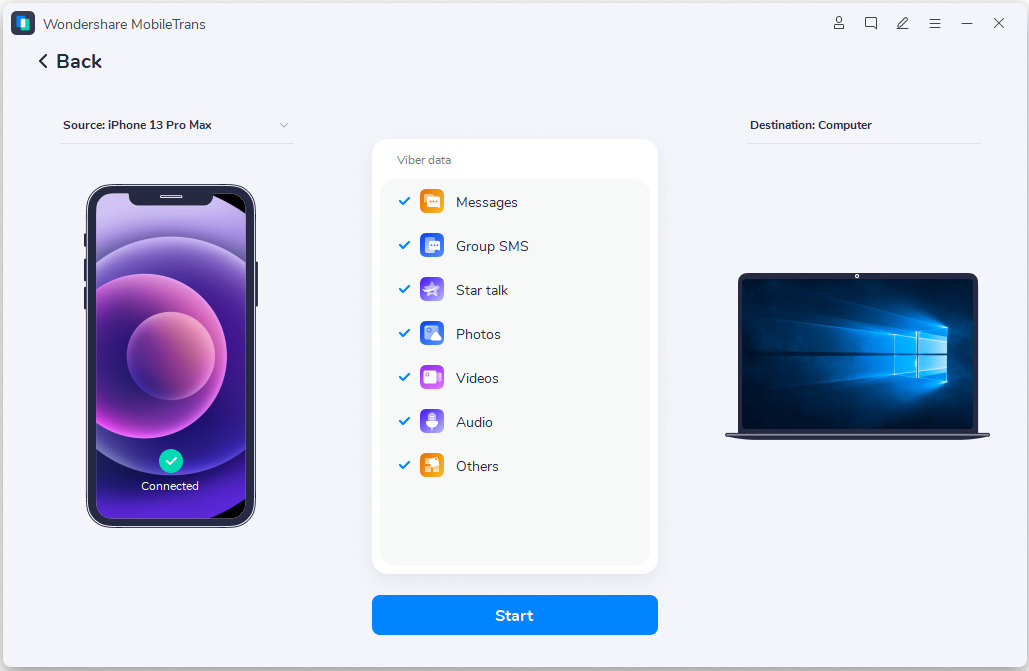 Wait for a while and disconnect your device when the backup process is completed. 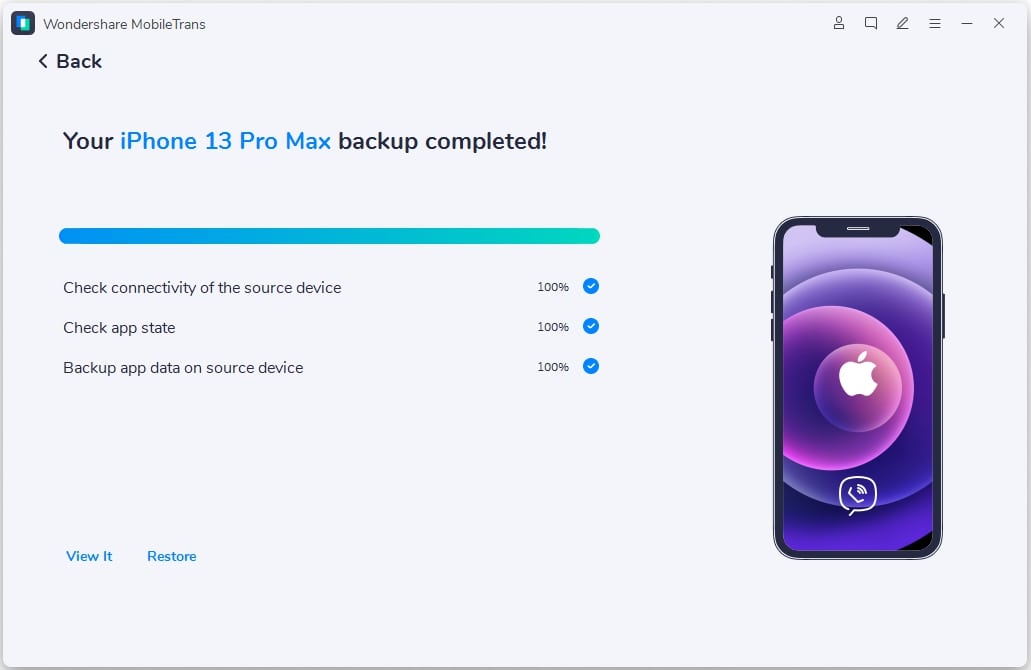 If you want, you can also restore the existing Viber backup to your iOS device. Connect it to your system and select the “Restore” feature of the MobileTrans Viber module. From the list of the provided backups, just select the file of your choice. 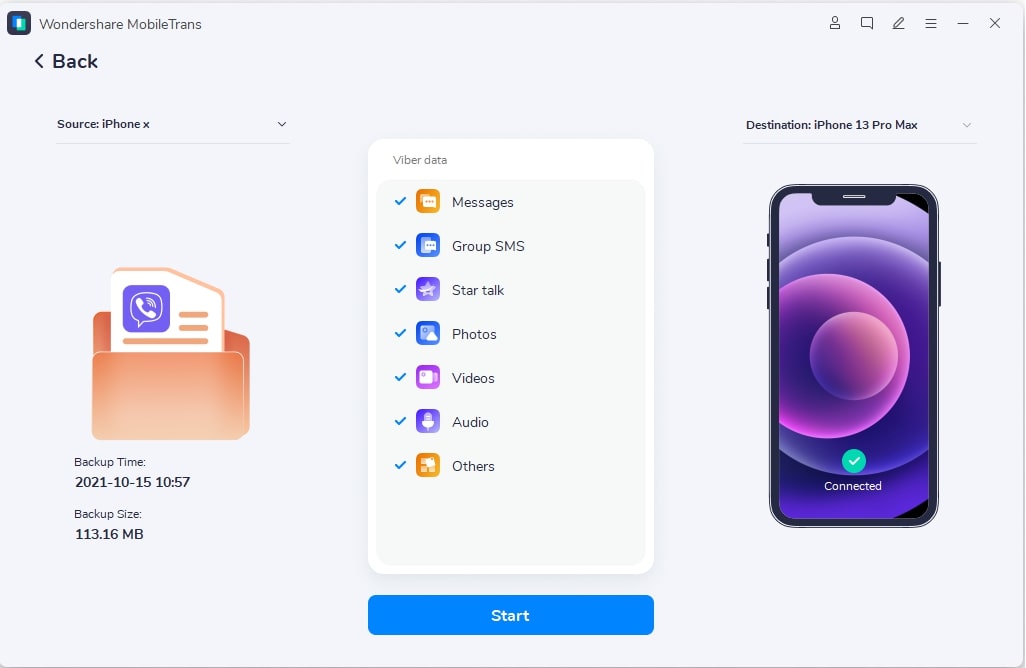 Start the restoring process and make sure that your device stays connected to the system. When the process is completed, you can safely remove your device. 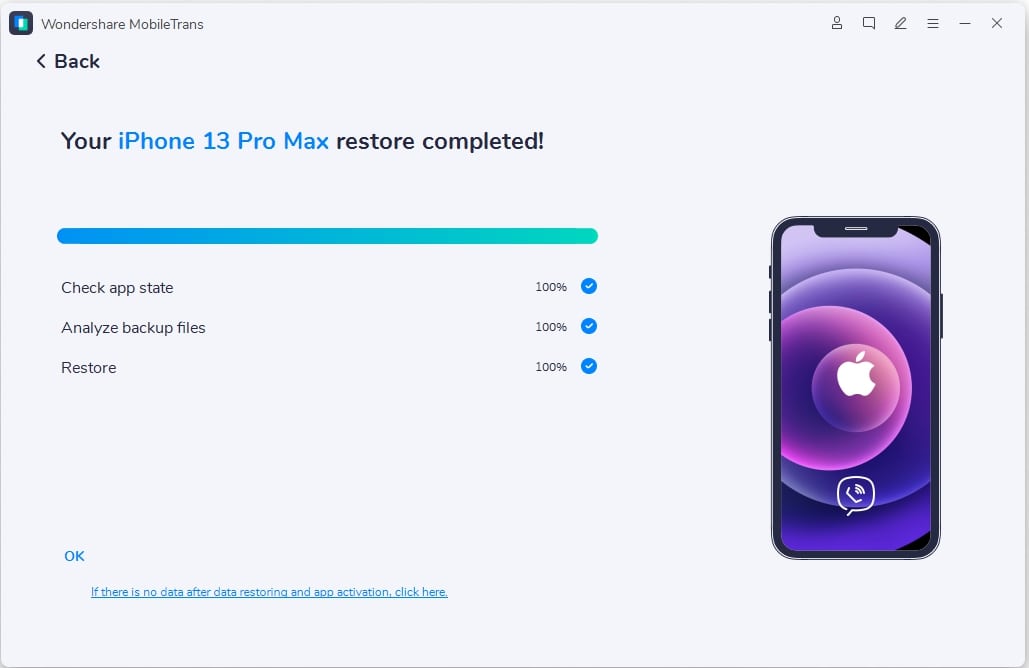 That’s a wrap, everyone! I’m sure that after following this guide, you would be able to run two Viber apps on your phone. To do this, you can try any other application or even explore the native dual apps feature on your phone. If you don’t want to lose your Viber chats, then use MobileTrans to take a backup of your device. Try MobileTrans to manage other social apps like WhatsApp, LINE, WeChat, and Kik or simply share this guide with others to teach them how to use two Viber in one phone.

How to Find/Delete/Restore Viber Backup in Google Drive?

How to Backup Viber Messages on PC?