The world is holding their breath patiently in wait for the next generation of mobile network connectivity. The future is being led by the promises brought in by 5G as it is indeed expected to relieve us from a large variety of connectivity issues. 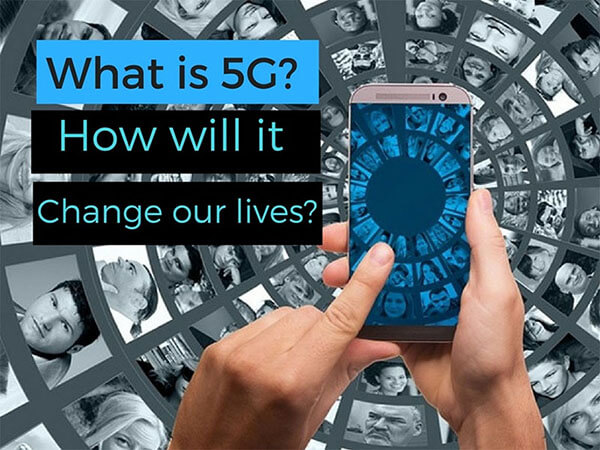 It has paved the way for complete wireless connectivity that can be accessed globally. It has the potential to outdo the major revolution which was inspired by 4G that had brought in opportunities for several businesses and business models. It enabled us to take advantage of major high resolution steaming services, GPS ride sharing services and faster delivery tracking services.

The development of 5G would simply be helping us cross over to the next level of wireless connectivity, although there are still challenges we still need to overcome. By taking on 5G, we would be able to enjoy benefits like faster data speeds, data caps and low latency communication. A 5G cellular Network would still function in the same way as 4G but with greater efficiency and bandwidth. We know that all devices using mobile connectivity are linked through radio waves, but 5G simply enhances the strength of these waves over a wider area of access.

Part 1: What can be expected from 5G?

Part 2: What are three stages of 5G development?

Part 3: What 5G will change

Part 1: What can be expected from 5G?

We all know that there are plenty of expectations riding on the back of the 5G train at the moment, so let's take a look at what it possibly offers and how it would affect our lives. 5G in the literal sense implies the 5th generation in network services. It is the 5th standard of advancement in network technology that has been perfected from over three decades of experience. This does not however mean that there is some futuristic technological innovation that has made its debut.

5G would still be a network that is based on radio waves that are transmitted via antenna, but with a stronger bandwidth when compared to 4G. Through adding more lower and higher frequencies to network area, 5G has achieved the capacity of handling over 1 million devices per square kilometer, which is ten times that of 4G's 100,000 devices. 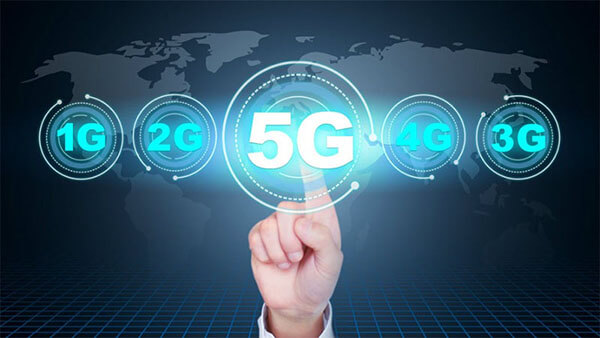 5G's improved operating structure that has resulted in faster and denser data transmission will bring in new opportunities for businesses. We all remember, when 4G was on the rise and alongside it several innovative applications like online delivery tracking and passenger ride tracking was made possible.

5G will become the next step up in our networking protocols by making it possible to bring about more public innovations like artificial intelligence, IoT and so on. At present, the Internet of Things is only employed in the manufacturing sector and transportation sector. Smart devices are also an exception when it comes to IoT but with low capacity Wi-Fi networks, it is unable to support too many devices at the same time. With 5G, these restrictions will get curbed to a great degree as it has the potential to support faster Wi-Fi networks enabling IoT devices to function almost anywhere, as long as there's a signal. We are also looking at the possibility of smarter cities and enhanced global connectivity, which means that even the most remote locations would have access to high speed internet while being rewarded with employment opportunities in the evolving tech world.

Part 2: What are three stages of 5G development?

The performance factor herald by 5G's ultra-low latency that ranges in milliseconds has increased the expectations of end users exponentially. Even though, a sustainable 5G network with a strong high-speed network quality requires seamless integration at many different levels.

In order for network operators to provide consistency in performance, they would need to put their 5G bandwidth through several rigorous testing phases. Then again, unlike 3G's and 4G's linear expansion model, 5G uses a larger number of RF channels that makes it further complex to run channel emulation. The whole infrastructure contains beam forming, large number of MIMOs (multiple input/output), stronger bandwidth carriers and an all new frequency band called millimeter wave spectrum or mmWave.

These new features may require factoring in some possible issues such as how it's massive MIMO could have over 256 array elements requiring larger number of radio channels to support it. On the other hand, the inclusion of beamforming may lead to dynamic change in these additional elements which means traditional methods of cable testing is longer viable. Furthermore, mmWaves are liable to interruptions both beyond and within the network so only over-the-air (OTA) testing and use of special chambers is feasible.

In order to successfully deploy 5G networking, it is important to utilize an optimized toolkit that is applied in three levels;

Level 1: Before deploying 5G, it is essential to run a V&V - Robust technology verification and validation to verify that the network's services ensure reliable and of high quality performance. This would require scalability of the networks prospects in the form of simulated real-world behavior on the 5G field. This type of testing however, will need the use of enhanced software to test millions of unique data flows. The latest network features would also involve functional load testing and end-to-end infrastructure validation of the 5G interface.

Level 2: Once the network is up and running, now it's time to use tools that measure activation and scalability. This also includes the use of base analyzers that can produce data on any interferences caused in the 5G's millimeter wave spectrum. This type of testing would require suitable software that monitors the network's performance while also providing verification of the network's service level agreements (SLG).

Level 3: After the network has been verified and tested, it opens up doors for monetization like charging a subscription for ultra-fast broadband, HD video streaming, virtual reality gaming and infinite IoT. Then again, the application and reliability of these services depends on superior quality of experience (QoE). In order to manage larger volumes of traffic, the network would have to make use of real-time intelligence platforms connected to virtual agents that can handle greater density of use.

Part 3: What 5G will change

As you read further on, by now the picture that has been painted so far is that 5G aspires to level the playing field to a more challenging frontier. It would be an active platform for IoE (Internet of Everything) with all over higher speeds, greater capacity and low latency allowing users to enjoy network services which are completely free of disruptions. 5G will bring on enhanced capacities like bringing in different types of technologies under a single umbrella system while making high speed internet even more affordable.

Let's look into some of the advancements proposed by a 5G network; 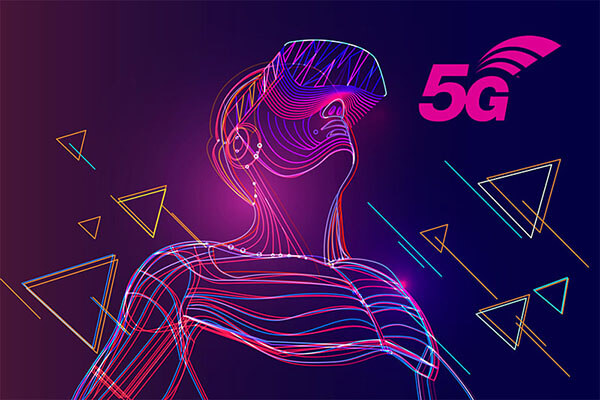 Our current network interface uses end-to-end IP services which results in highly congested networks which are immensely complex in its configuration. 5G will usher the shift to Information Centric Networking which will make the transmission of data independent of your location. This will increase the transportation of data by taking advantage of ICN architecture. With content distribution achieving newer heights in mobility will reduce lag time, connect devices faster, and facilitate transmission of larger volumes of data over a higher bandwidth and lower latency. This would eventually obliterate the need for a physical workspace as all work can transpire via online portals. 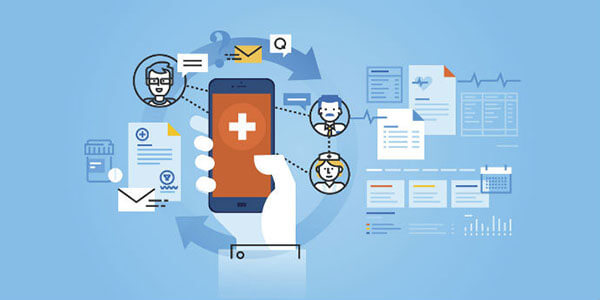 One of 5G's greatest achievements would be a unified cellular architecture that would permit the network to support a variety of Radio Access Technologies by employing MIMO solutions. This means that a large number of remote operations would now be possible such as the viability of Telehealth - including home monitoring systems, telemedicine and improved AR, VR computing.

Home care usually includes transferring heavy data files to patients which is not possible on a weak bandwidth service, requiring patients and health workers located in remote areas to wait for a lengthy period of time to receive treatment related instructions. 5G will expand the network's capacity to not only transmit bulk data but also support high-quality real-time videos enabling patients to experience telemedicine appointments. 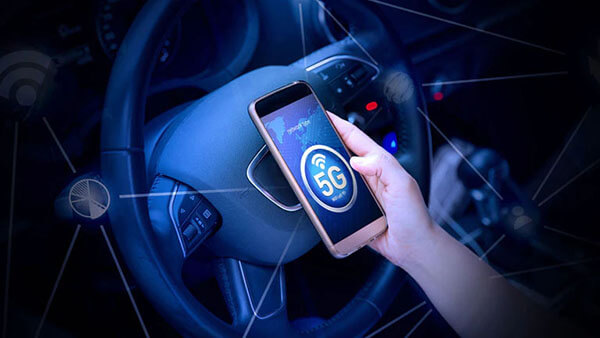 Another technological barrier which would get addressed is the subject of Automation and Real-time analytics. 5G offers a virtualized e2e network analytics as well as reporting which includes improving the performance of the Internet of Things, machine-to-machine connections and self-organization networks. This would drastically reduce the cost of automated network deployment and optimize the network coverage ten-fold.

5G will open up doors for innovation like intelligent transport infrastructure and wireless automated driving. With the help of location-related services, newer standards in network navigation and active cloud support, smarter vehicle automation would soon become a reality. 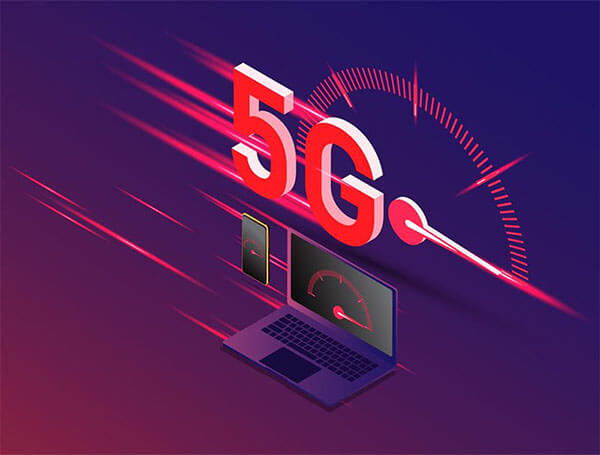 Isolated areas and remote countries where consumers are not able to afford high speed private internet, 5G broadband will issue a shift from decoupled software and proprietary hardware. Through the use of Software Defined Networking and Automation, 5G broadband would issue highly flexible on-demand bandwidth to users. This would be made possible through network slicing on shared infrastructures.

In our current scenario, there is a lot of space for improvement in our telecom services which will be brought about by 5G. It will push us forward in actualising a world ruled by high-speed, affordable internet that is operated over wider array of channels. The implementation of this new technology would still need to go through several levels of testing in order to ensure seamless integration, but once the 5G architecture has been established it would build a foundation for enhanced application development that has never before been experienced.

Will 4G Phones Work on 5G Network？ What is the Difference Between 4G and 5G Introduction about Previous Generations of Mobile Networks The Latest Xiaomi 5G Phones List- Don't Miss! The Latest Huawei 5G Phones Lists How to Check if My Phone Support 5G?