Signal vs WhatsApp - Some things that you need to know

WhatsApp is one of the best social media apps that connects people across the world. Ever since Facebook bought it, there have been several developments to make the user experience better.

The newest change was the decision to tweak the privacy policy and this did not go down well with users. And then, the Signal app came into the limelight for being ‘safer’. Here’s a clear understanding of the Signal vs WhatsApp comparison.

Part 2: The differences between WhatsApp and Signal

Is Signal better than WhatsApp? Before we answer this question, here’s a quick fact check about both applications.

WhatsApp is an American cross-platform communication app that Facebook owns. You can send text messages, Images, Audio, video and make voice and video calls as well. The statuses appear right next to contact names and you can make groups and bring several people under one chat. It requires a cellular mobile number for user registration and works on all smartphones. You can also use it on a desktop as long as your phone is connected to the internet.

WhatsApp was acquired by Facebook in the year 2014 by paying $19.3 Billion. In 2015, it evolved to become the most used social media application by people around the world (2 Billion). It can be used on Android, Apple, Microsoft and Mac devices. 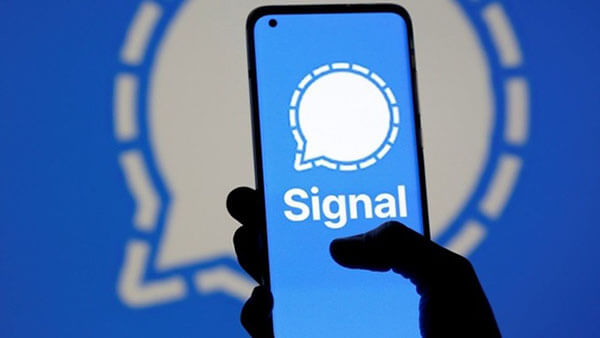 Signal is also a cross-platform messaging service that was developed by Signal Technology Foundation and Signal Messenger LLC. It allows users to send text messages, video and audio messages, share files and documents and also initiate video calls. The Android version of the Signal app also functions as an SMS sharing service.

Like WhatsApp, Signal also asks users to register using a cellular mobile number. The app evolved from RedPhone encrypted voice calling application and was initially called ‘TextSecure’. In 2018, Brian Acton, the co-founder of WhatsApp funded $50 million to develop Signal. Along with Moxie Marlinspike, he established the Signal Technology Foundation - a non-profit initiative. The signal app is completely free and has open-source software.

Part 2: The differences between WhatsApp and Signal 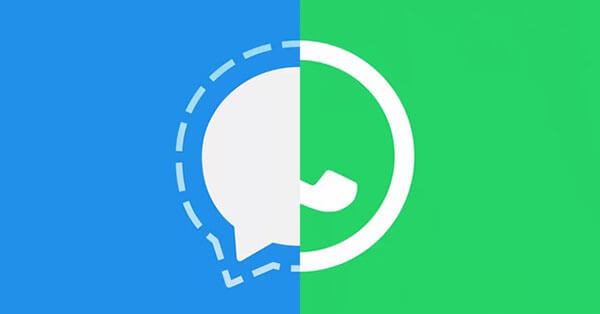 This is the most obvious difference. While WhatsApp is owned by Mark Zuckerberg, Founder of Facebook, Signal is co-owned by Brian Acton and Moxie Marlinspike.

Signal doesn’t acquire any information regarding profile pictures, statuses, messages or contacts. However, WhatsApp does access this information to make the user experience much better (or so they say!).

WhatsApp only allows 256 people to be in a WhatsApp group. But Signal takes this a level higher and allows about 1000 people to be a part of a group. However, the only difference between both these messaging apps is that Signal gives a choice to people to either joi or not join in a group. But WhatsApp lets you add anyone to a group as long as you have their contact.

WhatsApp comes in two versions - The Normal WhatsApp and WhatsApp Business that can be used by merchants. A person having WhatsApp can download WhatsApp business separately and handle two accounts. However, Signal doesn’t have a separate business version.

Signal lets users receive smart notifications, that is, only be notified when someone specifically mentions you. Only then your phone will ping with a special tone that you’ve set for it. WhatsApp doesn’t have this feature. This is very useful when you are busy.

The signal vs WhatsApp 2021 war is mainly surrounded by the concept of ‘Privacy’. The signal vs WhatsApp privacy is the most discussed topic. The new Privacy Policy and Elon Musk’s tweet added more fuel to the fire! Here are a few things you should know about the privacy factors of both apps.

Screenshots - Signal app allows you to prevent others from taking screenshots of your chat but WhatsApp doesn’t have this feature. You have to enable screen security in settings. And then, no one can screenshot your chats - be it a regular chat or business group. WhatsApp won’t notify you when someone takes a screenshot either.

Incognito Keyboard - Signal allows you to enable an incognito keyboard that doesn’t remember the history of inputs that you’ve typed using it. This is absent with WhatsApp and absolutely everything is recorded on WhatsApp. If Signal doesn’t let your keyboard remember what you typed, doesn’t it have an upper hand in WhatsApp vs signal privacy debate? 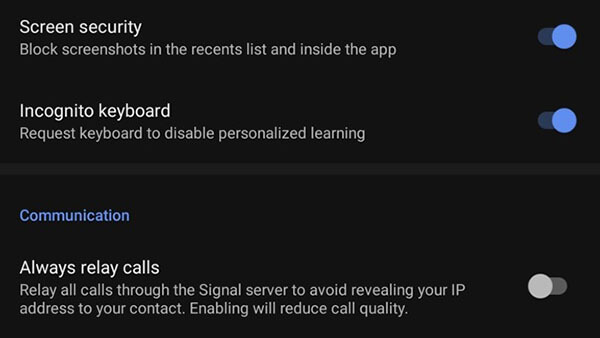 In the case of Signal, you cannot add people directly to the group chat. An invitation is sent to them that they need to accept it. In case they deny, they won’t be a part of your group and this is for your contacts too However, on WhatsApp, you can add people directly or ask them to join using a link (absent in Signal). 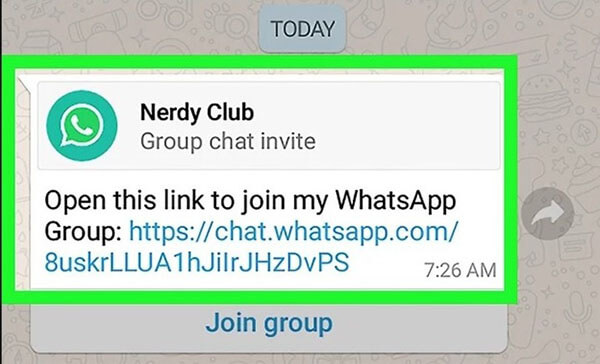 This feature gives WhatsApp an advantage in the signal app vs WhatsApp debate. WhatsApp lets you hide your last seen details but Signal has no feature to ON/OFF Last seen. However, you cannot hide the Online status on WhatsApp and it flashes clearly whenever you are connected to any internet source. 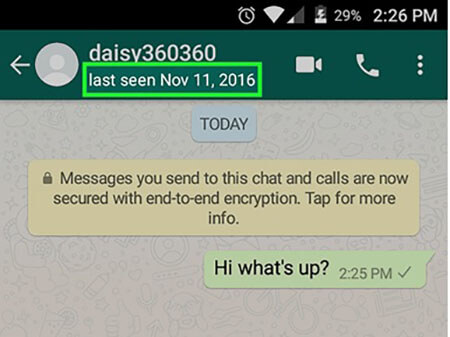 Security is not the first priority of WhatsApp and that has been clearly established after the Privacy Policy that they have released. It is an open secret that things changed after Facebook bought WhatsApp in 2014. The WhatsApp business model runs on the basis of advertisements but Signal doesn’t rely on ads. It is a non-profit open-source messaging app that has all its functioning transparent. It launched after receiving funds from other businessmen. 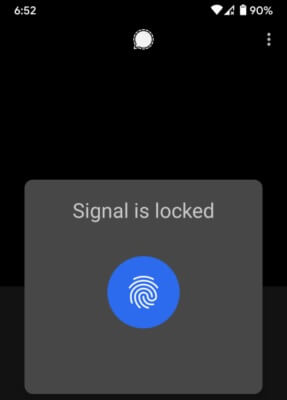 Both the apps allow you to set PIN or Fingerprint unlock to ensure that no one can easily tamper with your WhatsApp/Signal messages. You cannot really compare the Signal vs WhatsApp Security because in this case, both security fingerprints are not completely foul proof. People can still view the messages and reply from the notification app without using a fingerprint to open the apps. 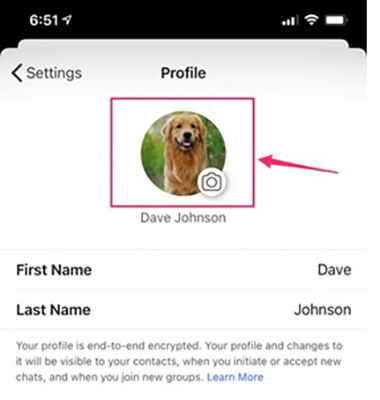 The signal app doesn’t require or try to acquire information like the Profile pictures you are uploading, the statuses, your contacts, the business groups you’ve made. However, WhatsApp does have access to this information and the same is specified in the Privacy Policy. On top of that, they also need information about the Internet Service Provider, the model of the phone and your location.

This raises several questions about the security that WhatsApp promises to offer. Even though both WhatsApp and Signal offer end to end encrypted message exchange, WhatsApp does acquire a lot of information that is personal. Being closely associated with Facebook, Business groups and organizations can access the information and WhatsApp lets this happen by stating that it’s trying to ‘provide accurate services to users’. 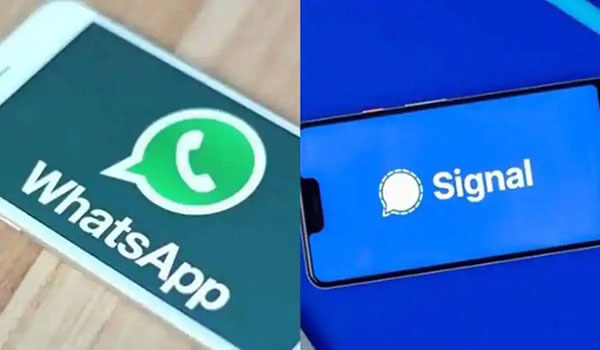 Does this give us an answer to - Is Signal more secure than WhatsApp?

Yes, Signal is comparatively safer than WhatsApp. It is transparent and doesn’t have any volatile privacy policies that risk the privacy and security of the users. Many people are trying to shift from WhatsApp to SInal but there is one thing you need to consider before doing this.

Shifting your data from WhatsApp to SIgnal. This is not possible through the apps themselves. However, we do have a trick that you can use to not lose your data.

Many third-party applications can come in handy when you are planning to shift from one social media platform to another, especially when a lot of data is in the picture. Though WhatsApp saves chats in mere bytes, there are so many chats, media and documents that you need to secure before leaving the app behind.

MobileTrans is an application that lets you transfer your data to a laptop or PC within minutes by following only 3 to 4 steps. But you need to have your data backed up first. WhatsApp lets you back up data by opting for it in the settings. The option is available for both Android and iOS users. You can save it to Google Drive in Android or save the data on iTunes or iCloud if you are an iOS user. 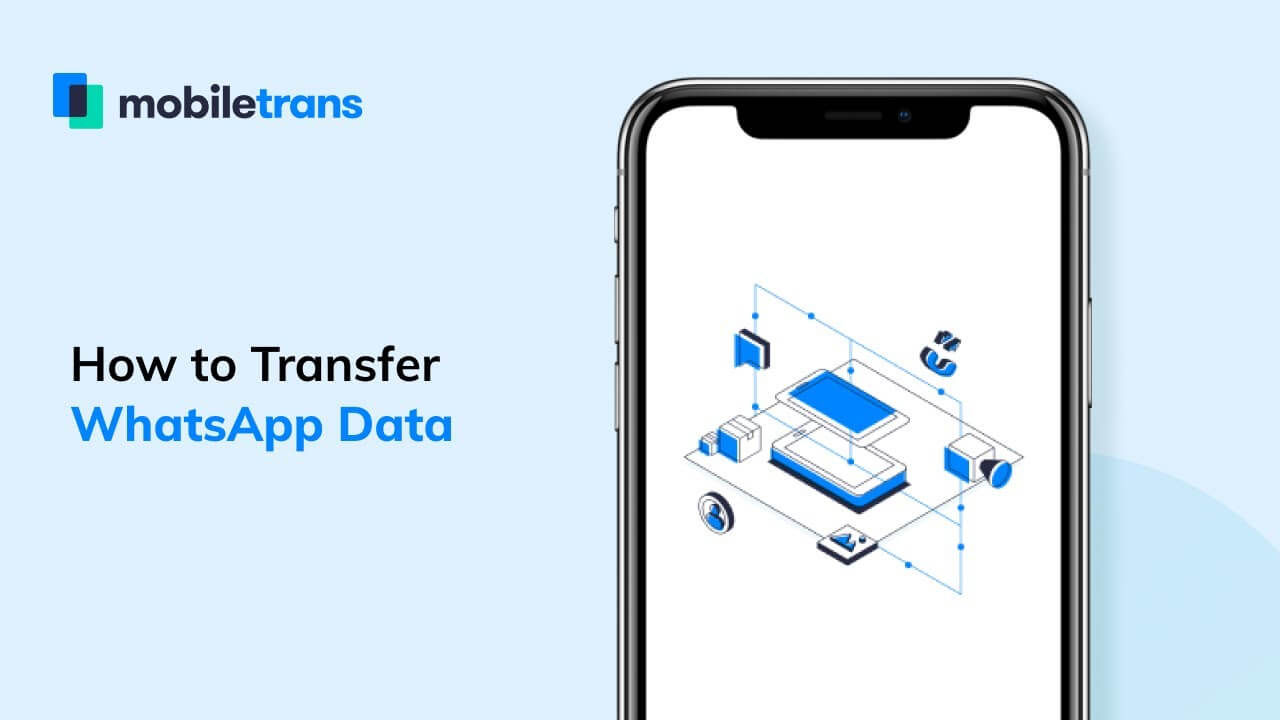 After that, this is how you proceed -

Step 1: Start off by downloading the MobileTrans application and launching it. Once you do this, a set of options will appear on the screen. Go with WhatsApp Transfer.

Step 2: Now, you will be prompted to connect your iPhone or Android device to the PC. Make sure that you connect the device that has your WhatsApp account on it. Select all the files that you wish to transfer. You can even go with ‘Select All’ and then click on ‘Start’.

Step 3: The process takes place automatically after you give the ‘Start’ command. Do not interrupt and wait patiently for a few minutes until the ‘Complete’ restoration message pops up on the screen.

This means that all your data from your phone has been transferred to your PC. Now, you can uninstall WhatsApp without the fear of losing your data. Also, you can still access the transferred files and there is a lot of space left on your phone to accommodate new data.

You can always read the transferred chats in the form of PDF (the custom format that Mobiletrans uses to save the text files) and your audio and video files are also transferred without altering their original format or quality.

Will People Shift from WhatsApp to Signal?

In the heat of the moment, many people shifted to Signal after reading WhatsApp’s Privacy Policy. But a few did return back because of their familiarity with WhatsApp and it is indeed difficult to shift the business conversations from one platform to another.

Also, their colleagues or acquaintances should have Signal too if they want to make the change. That’s a decision that they cannot impose on others. But it’s surprising to see that majority of people did make the shift and stick to their decision. Even with WhatsApp announcing that they would delay their privacy policy by two months, seems like people are in no mood for acceptance. Delay or No Delay, a faulty Privacy Policy shouldn’t be accepted if Privacy and Security is people’s concern.

The debate about Signal vs WhatsApp or any other texting app for that matter is going to last for a while. WhatsApp would pop up the question of Privacy Policy again next month according to their initial agreement to not apply it from February 18th. However, things still seem to be the same and the number of people opting to change platforms is still high. So, if you are planning to install Signal too, remember to back up your data and transfer it to a safe place. Business or normal conversations - seems like there are several other options people can consider if they are willing to put WhatsApp behind.

How to Restore WhatsApp Backup to iPhone