"Samsung ended the service of Samsung Cloud, where else can I back up my phone data."

Since Samsung just ended the service of Samsung Cloud, which many people have used to back up their Samsung phones. Now, Samsung has recommended that they keep the backup of Samsung phones to OneDrive.

Besides learning how to go with Samsung Galaxy backup to One Drive, you will also learn how you can backup Samsung to PC with the best alternative. 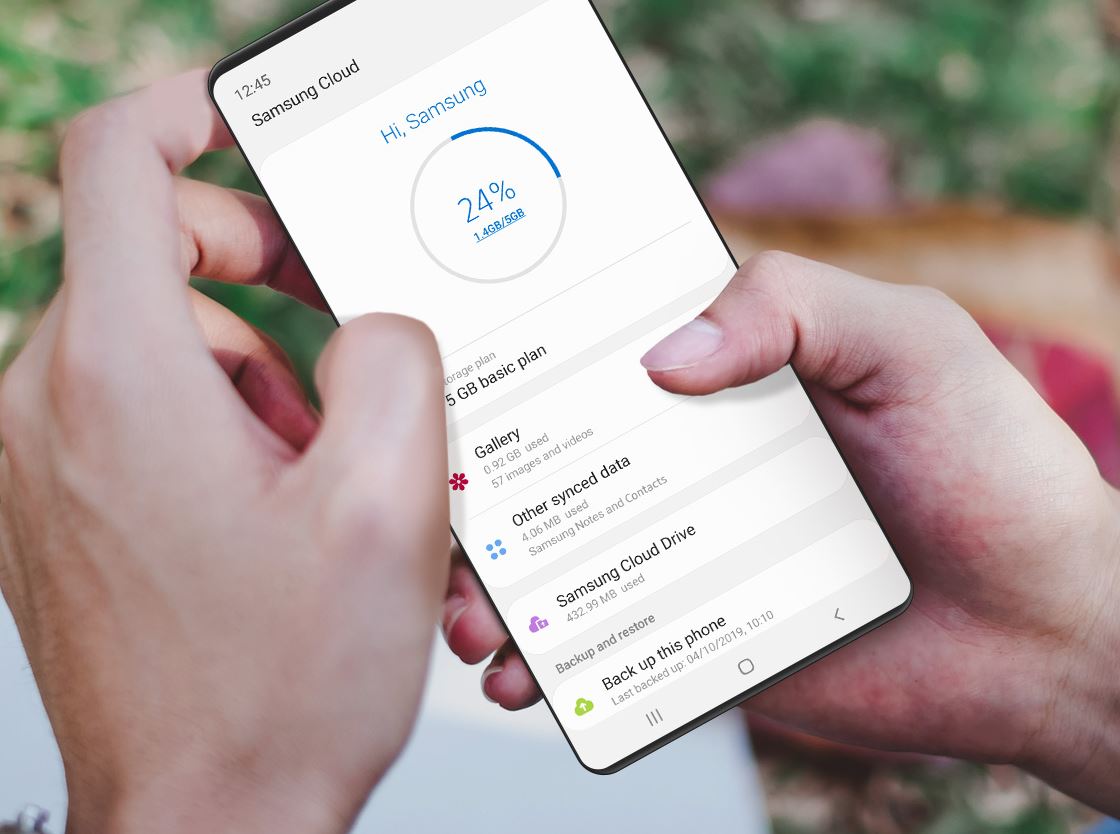 Part 2: For Non-Samsung-Cloud Users:  How to Backup Samsung to OneDrive

Since April 2021, Samsung users have been looking some alternative ways to backup phone data. Then the mobile giant suggested using Samsung backup to OneDrive instead of Samsung Cloud. It is also easy to link an existing Samsung Cloud account with OneDrive to transfer previous photos and videos. 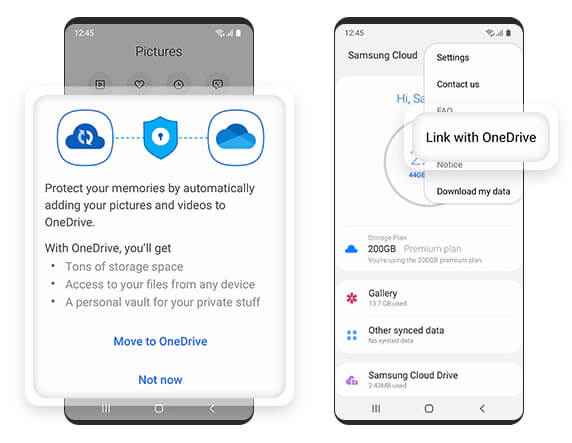 Let's check out the following steps to backup Samsung phones to OneDrive via the Gallery app.

Open your device’s Gallery app, go to the “Settings,” and turn on the “Cloud Sync” option.

Tap “Sync with OneDrive” and agree to service changes.

After linking the two accounts, your old photos and videos can transfer to OneDrive Samsung backup, and any new photo and video will sync automatically.

Use the OneDrive app or the Gallery app to check all your new and old photos and video.

Part 2: For Non-Samsung-Cloud Users:  How to Backup Samsung to OneDrive

We will now learn how to backup Samsung phones to OneDrive - a better option for existing Samsung Cloud users. You can even sync the Gallery app with your OneDrive account not to lose any precious data. 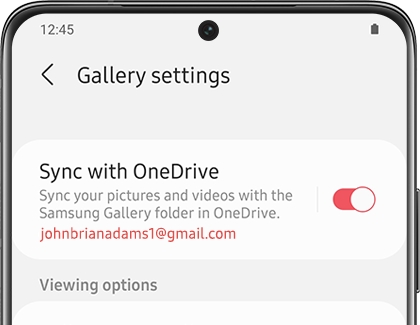 Open the Gallery app and tap the “Menu” option shown as the three horizontal lines.

Tap "Settings" and tap on "Sync with OneDrive." If needed, sign in to your Microsoft account and follow the instructions to sync the Gallery folder automatically to OneDrive.

Step 3: Get the synced files from a PC or another device

You can easily access your synced Samsung data through a computer or another device afterward. Sign in to your OneDrive account to check OneDrive backup Samsung.

After Samsung Backup, you got OneDrive as a quick solution to backup Samsung, but there are some restrictions in terms of limited storage space. Thus, to overcome this shortfall, let's discuss the best way to backup Samsung phones with MobileTrans. It comes with powerful and unbeatable features.

Mobiletrans as an alternative to Samsung OneDrive backup will help you backup, transfer, and restore important data on many devices. It allows keeping a backup of your Samsung device from phone to phone and phone to PC.

Compared to OneDrive and many other platforms, MobileTrans excels with its super-fast processing speed and easy-to-use interface. That's why MobileTrans is the most effective alternative to Samsung backup OneDrive.

Let’s know how you can complete the backing up process. 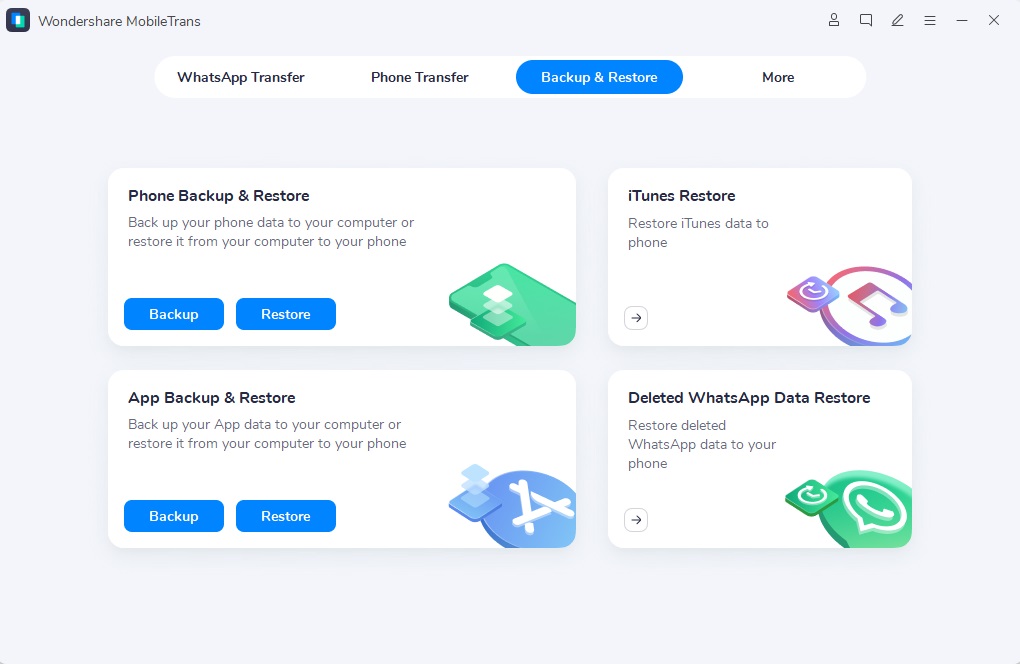 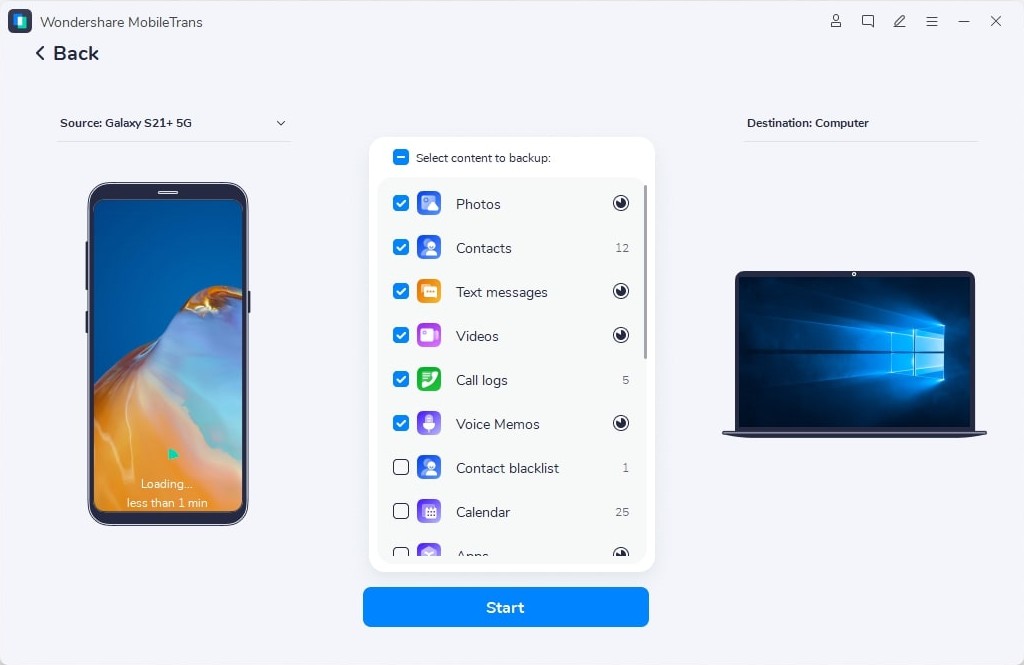 The process will successfully finish with MobileTrans in no time. 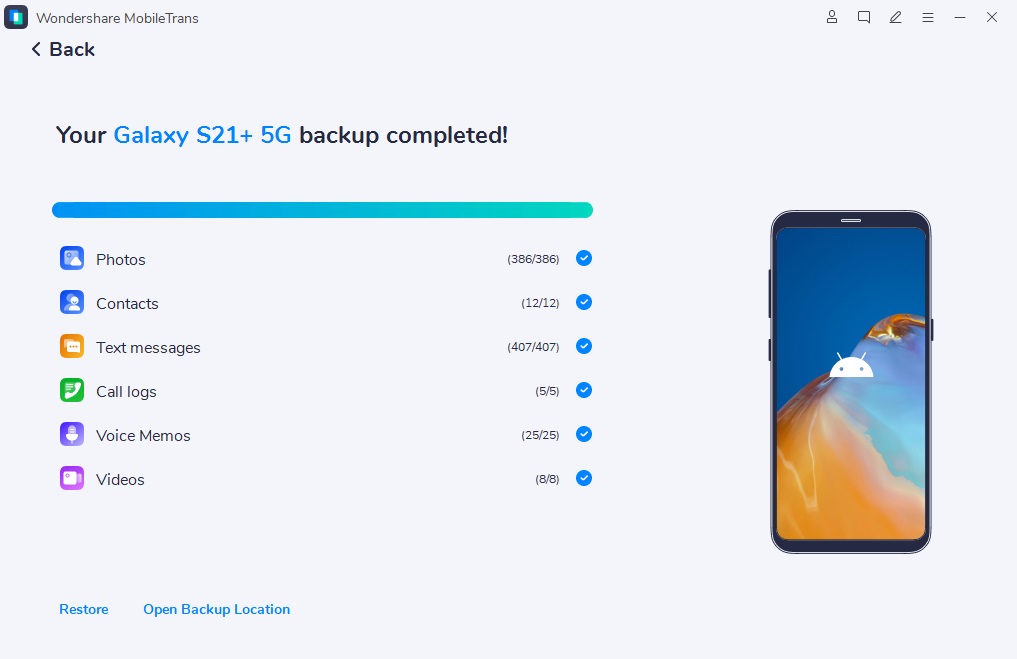 Once done with all the steps and backup process completion. You can check and access your backed-up file anytime, anywhere by accessing your system/PC.

We have reached the closure of our discussion about the way to backup Samsung phones to OneDrive. The article has also mentioned the best backup platform, and the top alternative of OneDrive is MobileTrans. MobileTrans platform will provide you with the most satisfactory result with safety and the fastest speed of backing up.

How to Transfer Ringtones from Samsung to iPhone?

How to Transfer Photos from Samsung Phone to Computer Easily

How to Transfer Videos from Samsung Phone to Computer Easily