Top 15 WhatsApp Alternatives You Can Try in 2021

Read on and get to know about some of the leading WhatsApp alternatives for iPhone and Android devices.

Even though both, WhatsApp and Messenger are owned by Facebook Inc. they have plenty of dedicated features as well. If you don’t want to exchange numbers with someone, then you can simply add them on Facebook and stay in touch via Messenger. Now, you can even make voice and video calls via Messenger. Though, you can only stay in touch with those who are on Facebook. Nevertheless, it is one of the most reliable WhatsApp alternatives for iPhone and Android. 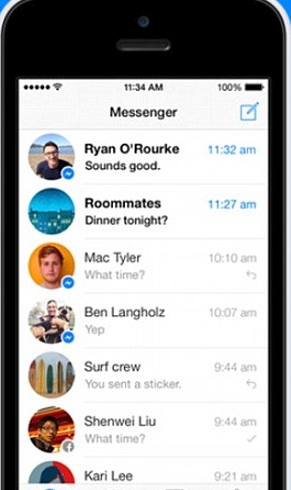 The interface of Viber is quite similar to that of WhatsApp. It can access your contacts and let you communicate with your friends in a seamless manner. Just like WhatsApp, you can also call your Viber contacts. It also has plenty of added features, such an instant video messaging, making it a great alternative to WhatsApp. You can also add various stickers to your encrypted chats. 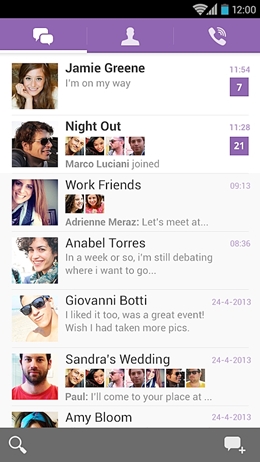 Call your friends without paying a dime with Line. This alternative WhatsApp app provides a fast and reliable way for you to communicate with your friends. It can access your phone contacts and allows you to add someone with their username as well. Not just to make free video and voice calls, Line can also be used to have a social presence. From customized stickers to desktop integration, it comes with plenty of added features. 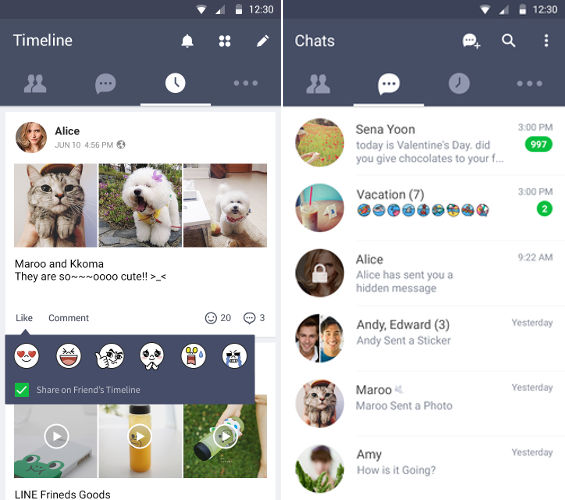 It is one of the oldest ways of making video calls. After being acquired by Windows, Skype has made a drastic change to its interface. It is an extremely reliable way to communicate with your contacts. In order to receive a message, you need to add the respective Skype id to your list. You can also import your phone contacts and make video/voice calls on the go. All of this makes Skype one of the best WhatsApp alternatives. 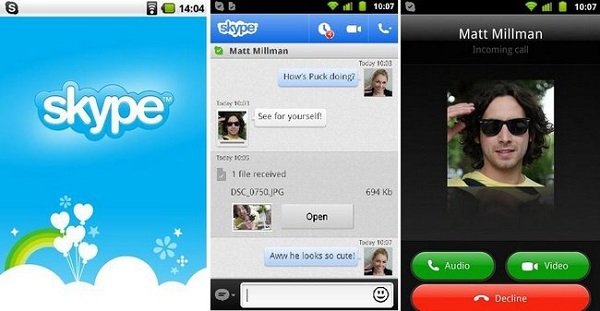 It is one of the best ways to do a group chat. Though, Groupme also provides a seamless way to have a one-on-one conversation as well. It can help you to create dedicated groups as well for your contacts (like friends, family, colleagues, and more). Also, you can send offline messages through its interface. If you are looking for an alternative to WhatsApp for iPhone and Android, then you should definitely give Groupme a try. 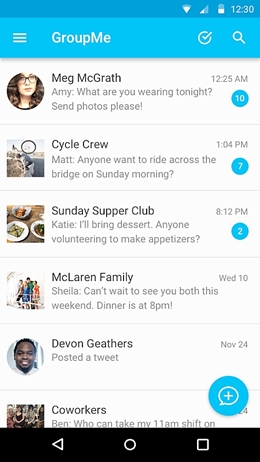 Already used by millions of people the world over, Kik is a highly advanced messaging app that provides an end-to-end encryption. It also has a feature of making group video calls, which is also recently introduced by WhatsApp. Its ease to use interface and high-end features make it one of the best WhatsApp alternatives for Android and iOS. 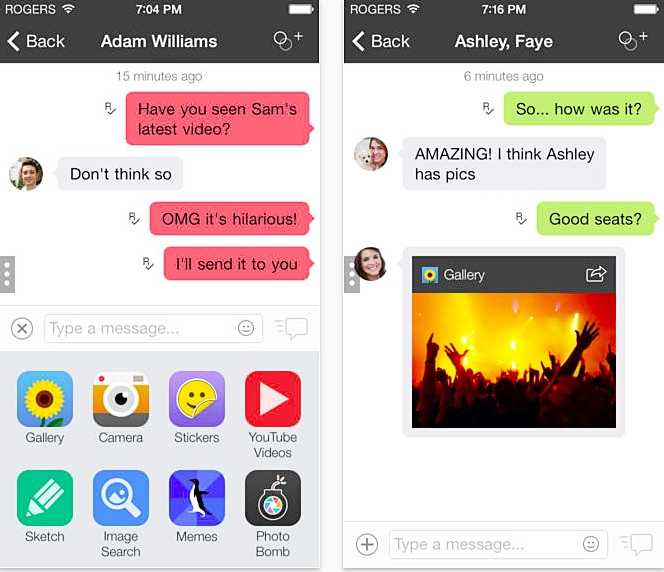 If you are a fan of Google products, then you should definitely try Allo. Not only it provides a fast and easy way to chat with your friends, it also comes with plenty of added features as well. Besides its end-to-end encryption facility, it also provides an inbuilt AI-enabled Google Assistant. The only drawback of this alternative to WhatsApp is that it doesn’t allow a feature to take a backup of its data (or chats). 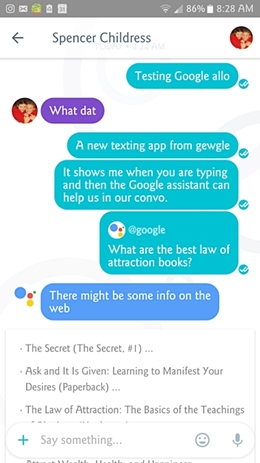 ChatON is powered by Samsung and was initially pushed by the smartphone manufacturer as well. This is one of the simplest WhatsApp alternatives as it comes inbuilt in many Samsung devices. With it, you can easily chat with your friends, share data, or call them on the go. 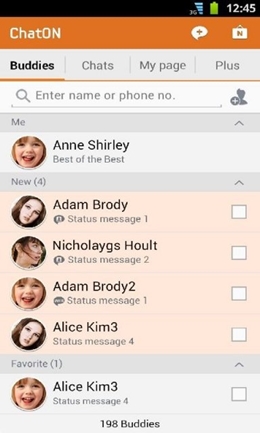 WeChat was initially one of the most popular apps in Asia. Even today, it is used by millions of users the world over. It has a simple interface and can read your phone contacts, letting you chat with your friends easily. Share media files wirelessly and be more social with WeChat, which is one of the best WhatsApp alternatives. 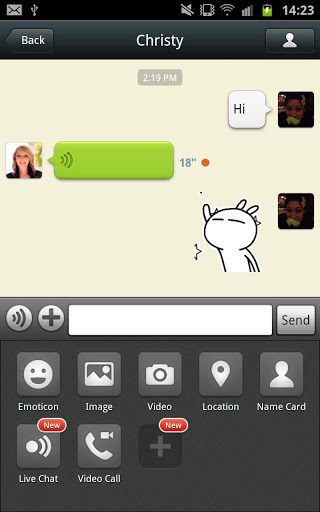 If you are looking for a fun and new way of connecting with your friends, then you can use Telegram Messenger. It is one of the best WhatsApp alternatives for Android and iPhone. The application allows a simple way to make video calls and telescope. Also, you can have private chat with someone with auto-destructive chat features. 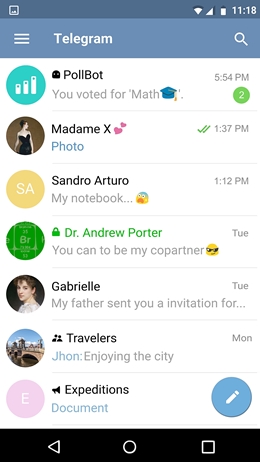 Make video and voice calls on the go with this smart messaging app. Kakao Talk is already used by millions of people to connect with each other in a smart and hassle-free manner. It has a sleek interface and provides a seamless way to send text messages to your friends. With so many features, it is one of the best WhatsApp alternatives for iPhone and Android devices. 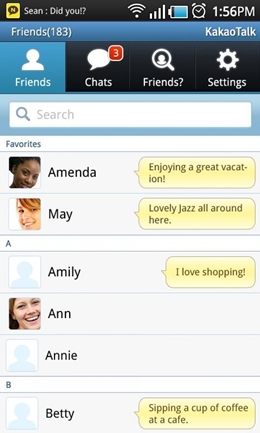 Wire calls itself a modern way of communication and adds full privacy to your data. It has an easy to use interface with voice and video calling facility. The app provides end-to-end encryption with plenty of other high-end features. This alternative WhatsApp app is available for almost every platform. You can also add someone with their username (no phone number needed). 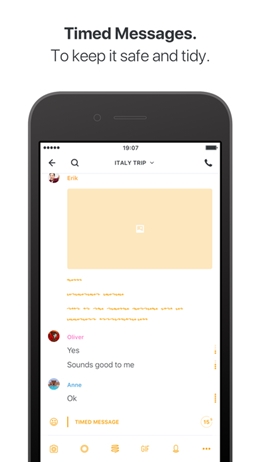 Just like Line, Hike also provides a fun and easy to use interface, letting you connect to your loved ones with a single tap. Besides making video calls, you can also upload Snapchat-like stories on your profile. With personalized stickers and a secure interface, it is one of the best WhatsApp alternatives for Android and iPhone users. 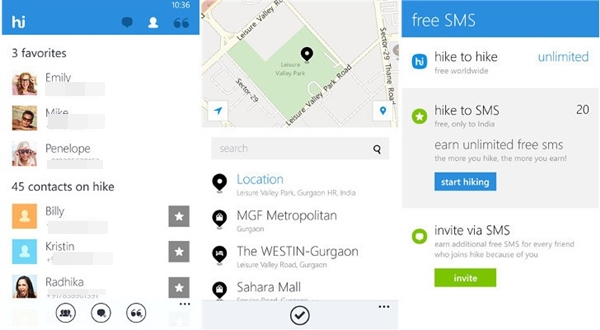 Threema is undoubtedly one of the most secure messaging apps out there. It provides full end-to-end encryptions of messages while keeping you anonymous at the same time. You can verify your contacts before adding and further strengthen security by implementing passwords and fingerprint protections. While you can exchange media files via Threema, it doesn’t give an access to make real-time video calls. Though, Threema is not free, unlike other popular messaging apps. 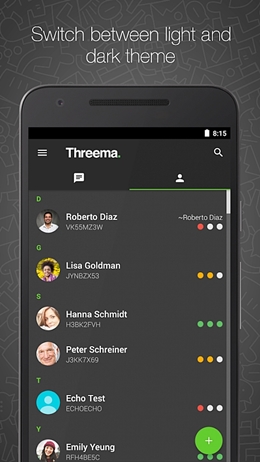 If you like to share your everyday moments with your friends, then Tango will be your new favorite app. Not just to make video and voice calls, Tango can also be used to play real-time games with your friends. It is a fun app that will certainly change the way you stay in touch with your loved ones. This alternative WhatsApp messenger comes with plenty of other features as well. 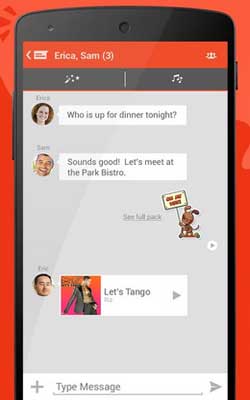 Go ahead and pick your preferred alternative to WhatsApp. While doing so, make sure that the app is available for the platform you use. Additionally, it should keep your data safe while providing all the high-end features of WhatsApp. Do you think there is a messaging app that needs to be included in the list? Let us know about it in the comments below.