Things you Should Know about Samsung Smart Switch for Mac Download

"Can I use Samsung Smart Switch for Mac? I want to take a backup of my S9 on Mac, but can’t seem to find any solution!"

If you have been using a Samsung device for a while, then you must be familiar with Smart Switch as well. Developed by Samsung, it is available for both smartphones and desktops. While the mobile app helps us move our data from another iOS/Android phone to a Samsung, the desktop application can be used to backup, restore, and sync our device. Therefore, a lot of Samsung phone users take the assistance of Smart Switch on Mac to manage their phones. In this guide, I will tell you how to make the most of Samsung Switch for Mac like a pro! 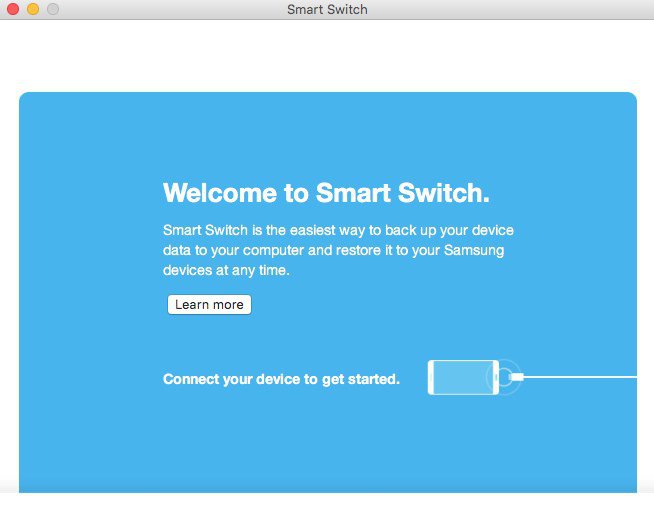 Part 1: Where to Download Samsung Smart Switch for Mac from?

Part 1: Where to Download Samsung Smart Switch for Mac from?

Earlier, Samsung used to have a dedicated tool – Kies to manage their devices on any system. Since the tool was getting outdated, Samsung released Smart Switch for both mobile and desktop. For instance, you can learn how to transfer mobile data using Smart Switch app. On the other hand, the Windows and Mac application can be used to backup your Samsung, restore an existing backup, or sync it with your system. Here are some of its major features: 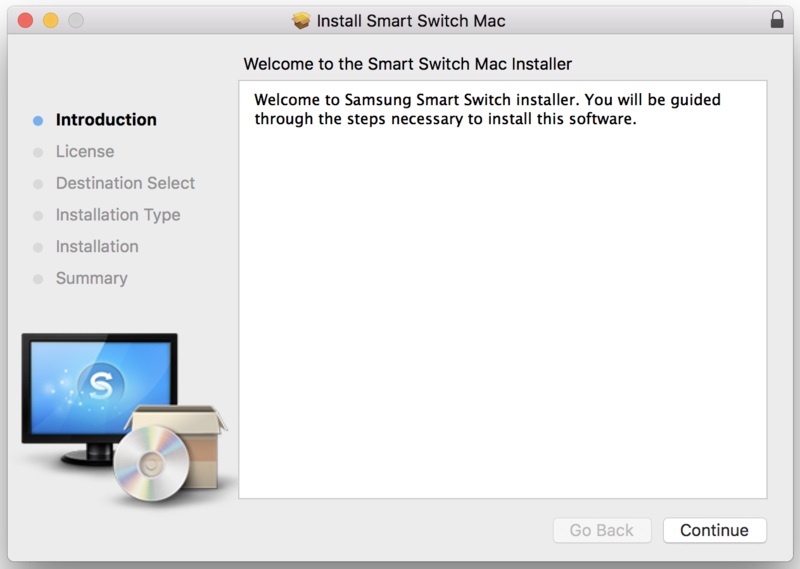 To download Samsung Smart Switch on Mac, simply visit its official website right here. Download the installer and complete the wizard to install Samsung Smart Switch on Mac. Though, you should make sure that your system is running on either macOS X 10.5 or a later version. It should have at least 1 GB of memory and 200 MB of space left on the hard drive. Also, your Samsung device should be running on Android 4.2 or a later version.

How to use Samsung Smart Switch on Mac?

Once you have successfully installed Smart Switch on Mac, just go through these simple steps to use its backup and restore features.

Step 1. Connect your Samsung phone to your system and launch the Smart Switch application on it. It will detect your smartphone and provide features like backup, restore, and sync. 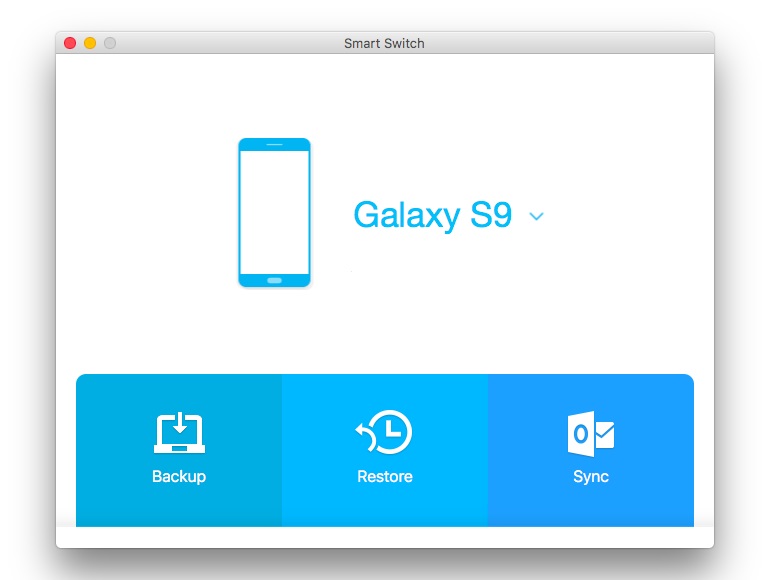 Step 2. To move your phone’s data to Mac, just click on the “Backup” option. Smart Switch on Mac would start extracting all kinds of data from your phone and would save them on the system. 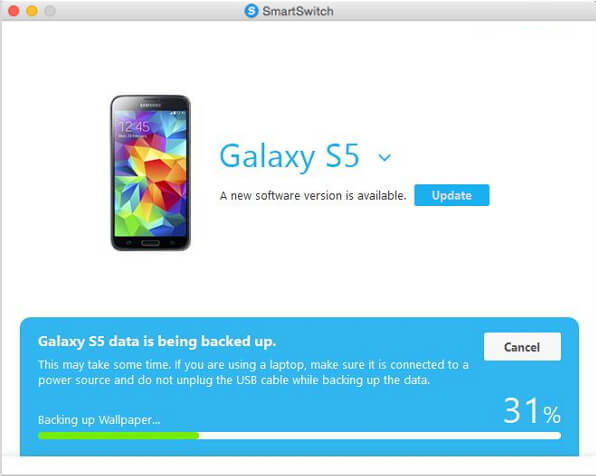 Step 3. To get back your saved data, just click on the “Restore” button instead and select an appropriate backup from the available list. Also, you can pick the kind of data that you wish to restore to your device. 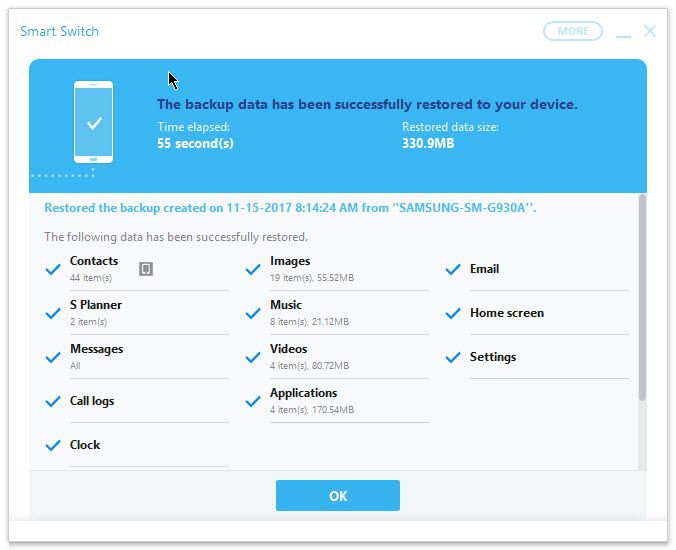 Step 4. You can also go to the “More Restore Options” on Smart Switch to restore an existing iTunes backup to your Samsung as well. This will also let you manually load a previous backup. 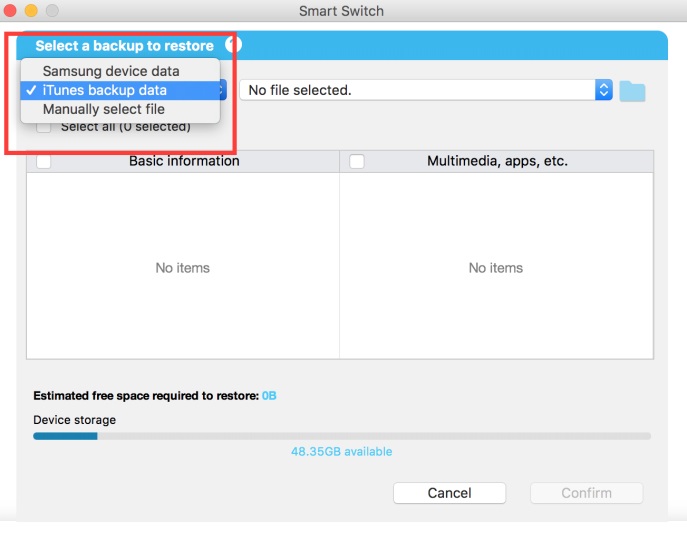 In the same way, you can also use Smart Switch on Mac to sync your Outlook, iCal, or Mac Address Book with your phone. It can also let you update your device and explore tons of other options.

Although Samsung Smart Switch for Mac or iOS/Android is a resourceful tool, it does have some shortcomings. For instance, a lot of users encounter unwanted issues with the tool while managing their data. Here are some of the common issues that Smart Switch users face.

This is one of the major concerns of Smart Switch users as they are not able to move their apps or app data. For instance, if you are using WhatsApp, then you can’t just transfer your chats from one phone to another. The good news is that there are tons of dedicated tools like dr.fone – Restore Social App that can do the same easily.

Smart Switch is restricted to the Galaxy series of the company. That is, it works on devices like Galaxy Note, S, A, or M series. If you have a Samsung tablet instead, then you would not be able to use Smart Switch on Mac or the tablet itself.

Smart Switch would only work to transfer data from an iOS or Android as long as the target device is a Samsung. That is why it is not considered as a complete data transfer solution since it would not work if the target phone is an iPhone, LG, HTC, Sony, and so on. For this purpose, you can use other Smart Switch alternatives that are listed in the next section.

Although Samsung claims that it can directly transfer data from an iOS device, users often face connectivity issues with it. For instance, the connected iPhone is often not detected by the app even after several attempts.

This is something that the Smart Switch for Mac users complaint about. Unlike other backup and restore applications, Smart Switch does not let us preview our data and selectively restore it to the device. Tools like dr.fone – Backup & Restore will let you preview your data before restoring it.

A lot of files and apps are not supported by Smart Switch to begin with. Also, sometimes, even after moving their data, users are not able to access it on their Samsung. This leads to several compatibility issues with the app.

Smart Switch allows us to transfer data wirelessly or via a USB connection. Though, for a wired connection, you would need a USB adapter to connect both the devices. The feature to connect two smartphones to the Smart Switch for Mac app is still not available.

A lot of times, Smart Switch gets stuck in between the data transfer process. This proves to be extremely frustrating when users are moving their data from their old phone to a new Samsung. Too often, they need to stop the process and start again from the square one.

While Samsung Smart Switch for Mac gives us an option to sync our device with our Outlook account, it often faces compatibility issues. Though, the MacBook Address Book syncing mostly works without any trouble.

Last, but most importantly, Samsung Smart Switch for Mac or iOS/Android can get pretty complicated to use. Also, it can take a lot of time to transfer your data, can become unstable, or even stop working in between.

Since users face so many unwanted issues with Smart Switch for Mac or Android/iOS, they often look for its alternatives. Here are some of the popular apps and desktop tools that you can use instead of Smart Switch.

If you are switching from one phone to another, then you should consider using MobileTrans by Wondershare. The application works on every leading Android and iOS device with a support to perform cross-platform transfer of data. This means, you can transfer your data from Android to iPhone, iPhone to Android, Android to Android, and iPhone to iPhone. It supports 11 different types of data such as pictures, videos, music, contacts, call logs, text messages, bookmarks, apps, and so much more.

Since the app is extremely easy to use, you won’t face any compatibility issues with it. Furthermore, you can also select the type of data that you wish to move. Your data will stay 100% intact and secure. Apart from phone-to-phone transfer for those data above, it can also be used to transfer whatsapp messages, backup your data and restore it to your device with a single click. 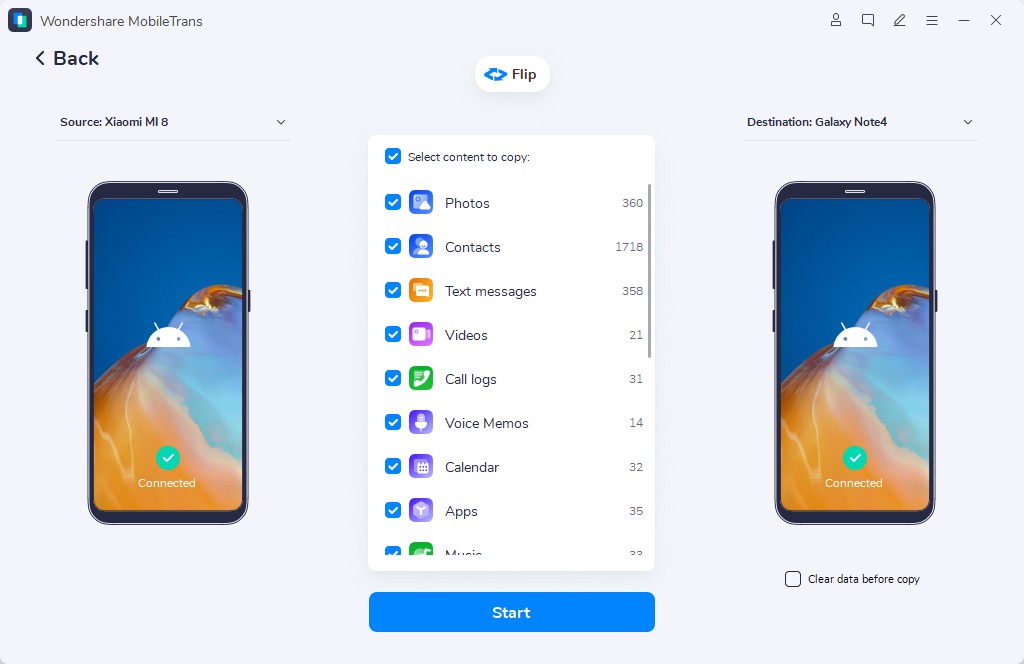 I’m sure that after reading this guide, you would be able to know more about Samsung Smart Switch for Mac and its functioning. Since Smart Switch for Mac or phones can have so many issues, it is better to use an alternative instead. For instance, you can just try MobileTrans to switch from one phone to another in a single click without losing any data. It is an exceptional data transfer tool that would certainly save your time and efforts while switching your smartphones.

If you want to use a smartphone app to move your data, then consider using these alternatives.

This user-friendly application runs on leading Android and iOS devices with cross-platform data support. Using it, you can connect any two smartphones via WiFi direct and later transfer all kinds of data. The app is particularly used to transfer heavy media files and documents that are often not supported by Smart Switch. 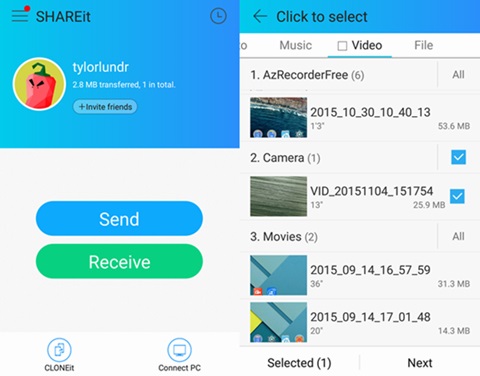 If you are looking for a lightweight and user-friendly data transfer app, then you can try this one. As the name suggests, the freely available app would let you switch your phone or share certain files. You can connect both the devices wirelessly by simply scanning a QR code. It supports the transfer of 9 different data types that includes all sorts of media content, contacts, messages, and documents. 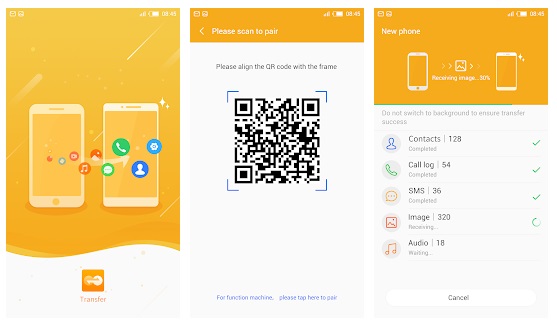 Developed by Estmob, SendAnywhere is an extremely popular application that would let you transfer your photos, videos, audios, documents, and more. To connect both the devices wirelessly, you need to verify a unique code. Once the connection is established, you can select the data you wish to send from your source to the target device. 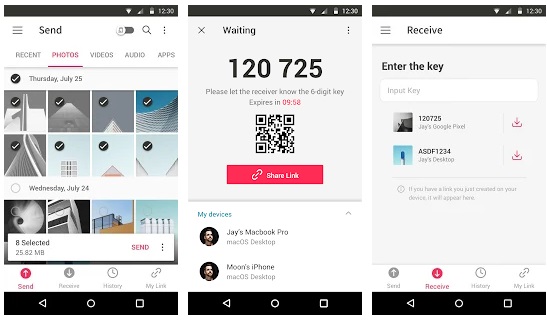 How to Transfer Ringtones from Samsung to iPhone?

How to Transfer Photos from Samsung Phone to Computer Easily

How to Transfer Videos from Samsung Phone to Computer Easily

Transfer files and WhatsApp messages between Android/iOS phone and Windows PC quickly.
Back up phone data and WhatsApp data to PC and Mac easily.
Restore your backup files from iTunes and computer safely.
Compatible with 6000+ mobile phones.
Try it free Try it free