In this guide, we have discussed the best iOS to Android transfer app that offers the fastest speed while transferring the data.

Data transfer via App works over the Internet - no cable needed. Sounds great, right? But everything has two sides, wired transfer is much faster than the wireless one. And with the help of computer, you can avoid glitches when migrating data from iPhone to Android.

The MobileTrans - Phone Transfer is the best iOS to Android transfer software. With one click, you can easily switch data between two devices.

Below, there is a detailed guide on how to transfer data from iPhone to Android using MobileTrans software:

Step 1: First, you need to install the MobileTrans software on your computer. Connect both devices to the computer. Then, select the “Phone Transfer” option and click "Phone to Phone" to continue.

Step 2: Thereafter, choose the file that you want to transfer and click on the "Start” button. You can choose to erase existing data or not before transferring. 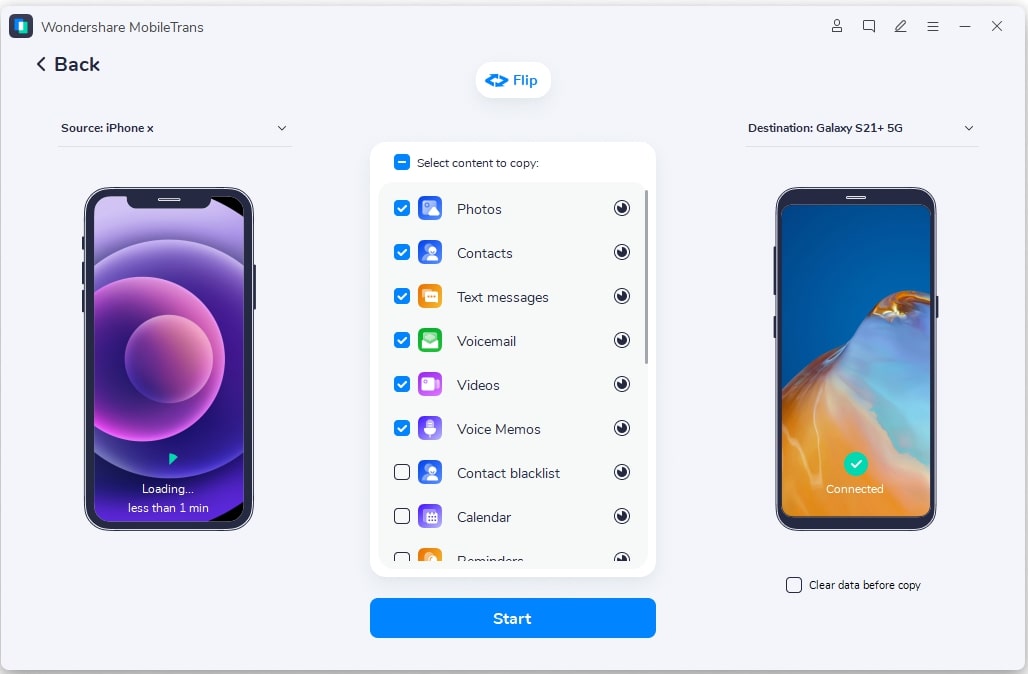 Step 3: Within a few minutes, your selected data will be transferred or copied to your Android device. Please do not disconnect the devices during migration. 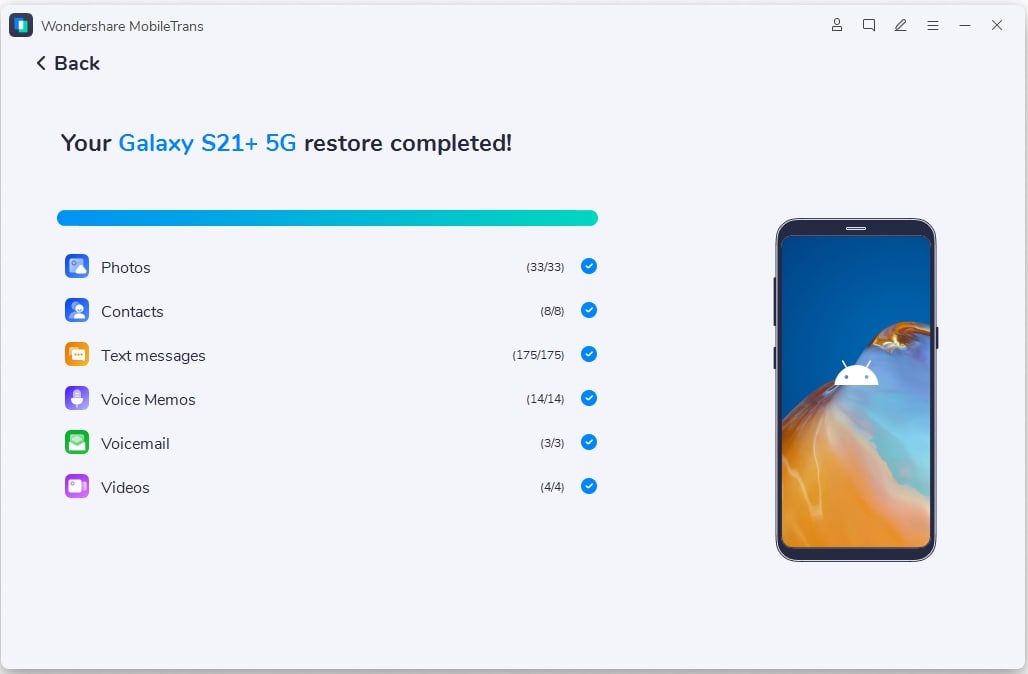 Here is also a relating video for you

Google has made it very easier to move iOS data to an Android device by launching the Google Drive app. Google Drive is one of the most ultimate ways to transfer data from iPhone to Android app. You can easily switch data from iOS to Android within a few minutes by using Google Drive. 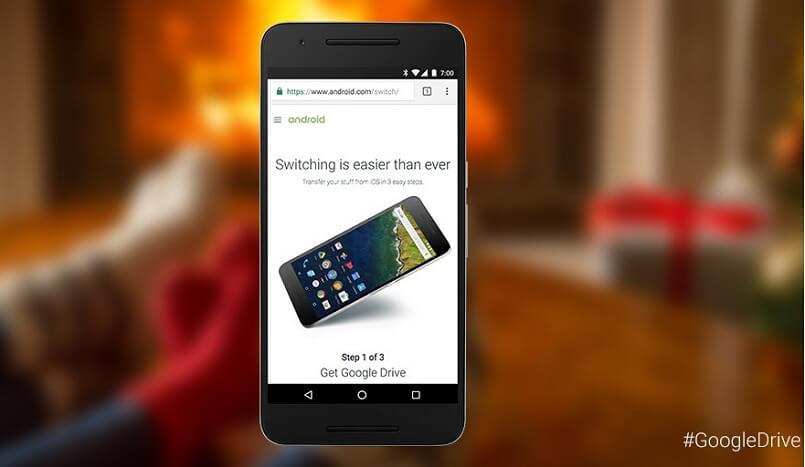 The SHAREit is another good iOS to Android transfer app. It is widely used by many people to share various types of data. It has gained huge popularity just because of the high transfer speed. It has remarkable features that make this app very useful and versatile. 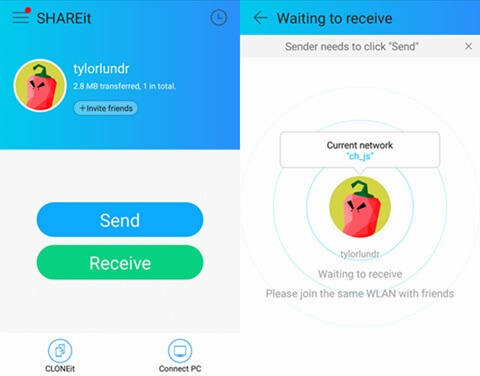 It supports almost every data type such as PDF, images, videos, GIF, Vector image, audio, and many others.

The app does not work properly with the low storage mobile devices. 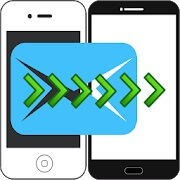 The Samsung Smart Switch is also one of the best wireless transfer apps. It is a free iPhone to Android app available on the Google play store. You can also move data from your old iOS/Android device to a Samsung device with the help of it. 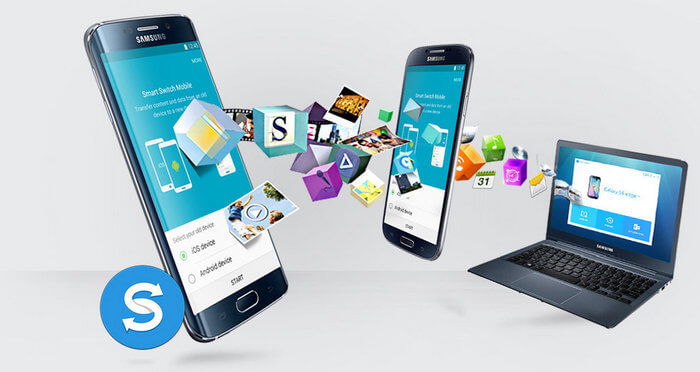 You may also be interested in Can i Transfer WhatsApp Messages via Smart Switch?

With the help of the FileTransfer app, you can easily and quickly transfer the data from one device to another. It is compatible with many operating systems such as Mac, Windows, Android, and iOS. 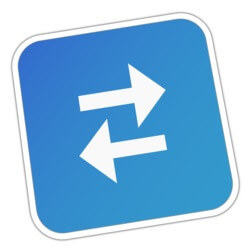 DropBox is a cloud storage service. You can save your important media files to DropBox and then, you can access them from everywhere. Because of this, it is also considered an iPhone to Android transfer app.

Six years after Apple launched the Move to iOS App in Google Play Store, Google finally released its iOS App - Switch to Android to help users move data from iOS devices to Android. As the App is just rolled out in April 2022, it is still a brand-new App that needs consistent updates, before it can match with other Apps. But we can agree that it will be a good iOS to Android App in the near future.

The iPhone to Android transfer app helps you to easily switch data from your iPhone to your Android device. You can use any of the above-mentioned data transfer apps as each app works efficiently. A desktop program like MobileTrans is a great choice if you do not want to experience slow data transfer.

How to Restore Contacts to an iPhone from iCloud?

Transfer OS to SSD in Windows: A Step-by-step Guide for Beginners

How to Transfer Videos from PC to iPhone?