The Samsung Galaxy S22 is near to release, and it will be working to convey more in the most minimized design available in the leader series. In this article, we will be looking at every difference between the Galaxy S22 and its archetype, the Galaxy S21.

The newer Galaxy model will bring a quicker processor and further developed cameras. The general plan of the telephone and its camera setup will remain something very similar. The size and weight will be the deciding factor since Samsung will go for a significantly thinner phone with the S22.

Keep in mind that we have collected all the in this guide about the Galaxy S22 based on rumors and reports from tech experts. The S22 is due to be released in February 2022, and we will guide you further in the future when we dive deeper into the forthcoming S22.

Part 1: Is it the right time to buy the Samsung Galaxy S21 before the release of the Galaxy S22?

Part 2: Why You Should Wait for the Galaxy S22 to Release?

Part 1: Is it the right time to buy the Samsung Galaxy S21 before the release of the Galaxy S22?

There's no question that Samsung's Galaxy S21 is probably the best smartphone of 2021. This gadget, released in the second month of 2021, has a quick processor and an excellent camera. It is equipped with a dazzling screen with a refresh rate of 120Hz, in addition to the long battery life and fast charging. Visit the website to find in-depth information regarding the Galaxy S21.

While it may be the best time for phone dealers to get a Galaxy S21, the people who generally need the best-in-class devices should stay away. That is because Samsung will be launching the new Galaxy S22 cell phone, which could incorporate a few significant updates. It will have the latest modern design and a more remarkable processor with further developed cameras and battery life. 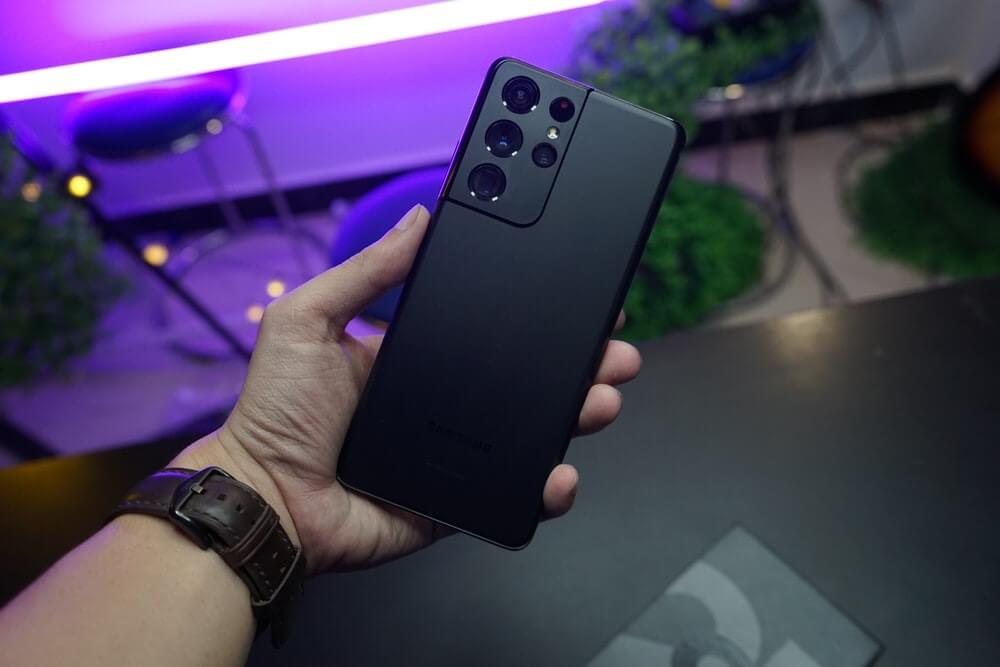 Tips: Is the iPhone 13 Pro on your list of possible phones? Here is our detailed review between Google Pixel 6 Pro camera and iPhone 13 Pro as the best camera phone 2022.

A few tech experts have reported that one model of the Galaxy S22 will have their trademark S Pen, while another source has said that the Galaxy S22 will have fast charging. It will be so quick that it could power the gadget from zero to a hundred percent in a matter of minutes. Therefore, you must know the difference between S22 and S21 before buying. So, looking at the given situation, it is the worst time for a spec enthusiast to buy a Samsung Galaxy S21.

Is the Samsung Galaxy S21 worth your money?

If you need 5G access and cost isn't a boundary can opt for the Samsung Galaxy S21. Individuals who use their smartphones for processer-hungry projects would probably profit from possessing a Galaxy S21 telephone. The most recent Qualcomm Snapdragon 888 and the Exynos 2100 offer great speed. It has a lot of RAM and storage capacity, appreciated by power users. Assuming that you're a shutterbug, the Samsung Galaxy S21 captures incredible pictures. The second-gen 108MP sensor on the Galaxy S21 Ultra is a force to be reckoned with for recording a video or taking a portrait. That makes Samsung a giant competitor to different manufacturers for the best camera phone of the year.

The Galaxy S phones have forever been a steady venture for power users. It offers the best battery, speed, and steadfastness. Therefore, the Samsung Galaxy S21 is definitely worth its price.

Advantages of the Samsung Galaxy S21

Before buying the Galaxy S21 phone, you must know its pros to get going. for a comprehensive review of Samsung Galaxy S21 vs. S20, you can read our other article.

In this section, we have provided a list of advantages that come along with the Samsung Galaxy S21:

Part 2: Why You Should Wait for the Galaxy S22 to Release?

Users Will Get Even Better Performance

Concerning the Exynos, Samsung is purportedly trying another form of the processor with AMD designs. It will be called Exynos 2200, and we've seen it show up in early benchmarks. Samsung thinks that the new processors would help the Galaxy S22 series convey surprisingly better performance in key regions like speed, battery life, gaming, and various tasks.

Samsung makes yearly betterments in the Galaxy S series' cameras, but we may not see a tremendous change in Galaxy S21 vs. S22. As indicated by reports, Samsung is attempting to introduce sensor-shift technology on the S22's camera. By doing so, they will make the Galaxy S22 series the only Galaxy device with this innovation. One can anticipate that the Galaxy S22 series should produce better picture stabilization and quality.

It Will Have a Bigger Screen 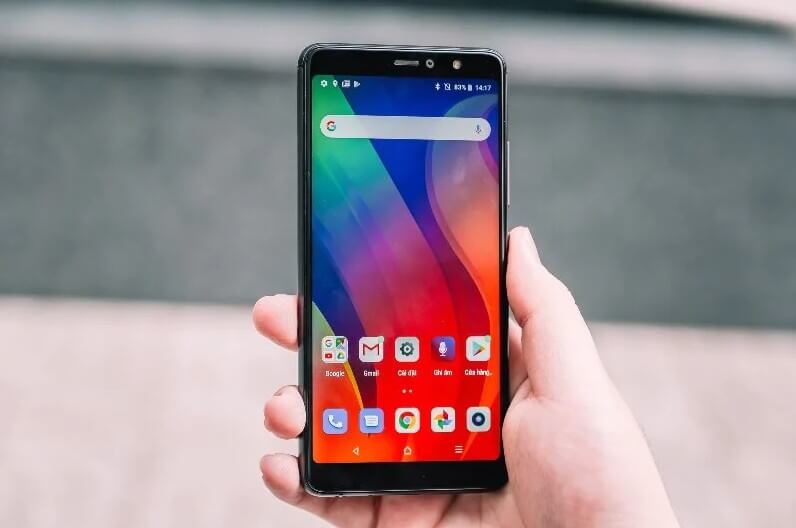 Every one of the three models ought to have a 120Hz refresh rate. The display might become the hot topic for S21 Ultra vs. S22 Ultra combat. As per Ice Universe, the Galaxy S22 Ultra's screen breaks all the brightness records of Samsung's OLED screen. So if you want to get more from your screen through gaming or other light extensive applications, you better wait.

While it may be enticing to get a budget phone gadget like the Galaxy S10 or Note 10, but their software support will end significantly earlier. Buying an older device may stop the software updates because of its hardware capabilities. That is a danger you make while purchasing an older model over a new one. Since Samsung keeps their devices updated with new software updates, many of their famous smartphones could pass up Android 12. The Galaxy S22, being the flagship phone, will get the best form of Android 12 and Samsung's One UI.

The S Pen Will Be Improved

Although Smart Switch is developed by Samsung, it is not an ideal method to transfer your data. To overcome its limitations, you can simply use MobileTrans by Wondershare. It can directly transfer all kinds of data including whatsapp data from one phone to another instantly.

Price: Both the phones should have a similar price

We haven't heard any reports at this point about the cost of the Galaxy S22, yet we guess that Samsung might keep costs mostly the same as Galaxy S21. Samsung reduced the price of the Galaxy S21 by $200, compared to the Galaxy S20 at the time of its release.

It will be surprising if Samsung drastically increases the price of their new model this year. The Galaxy S21 costs around $799 to $1,379, depending upon the model. The Samsung Galaxy S22 ultra price is also expected at around $1,379.

Design: Galaxy S22 Will Be Slimmer and Modest than the S21

The expected shrinkage of the Galaxy S22 is unusual when checking out Samsung's past trends. The company has been consistently filling in size after some time.

Colors: The Galaxy S22 Could Offer New Colors that the S21 Didn't Offer 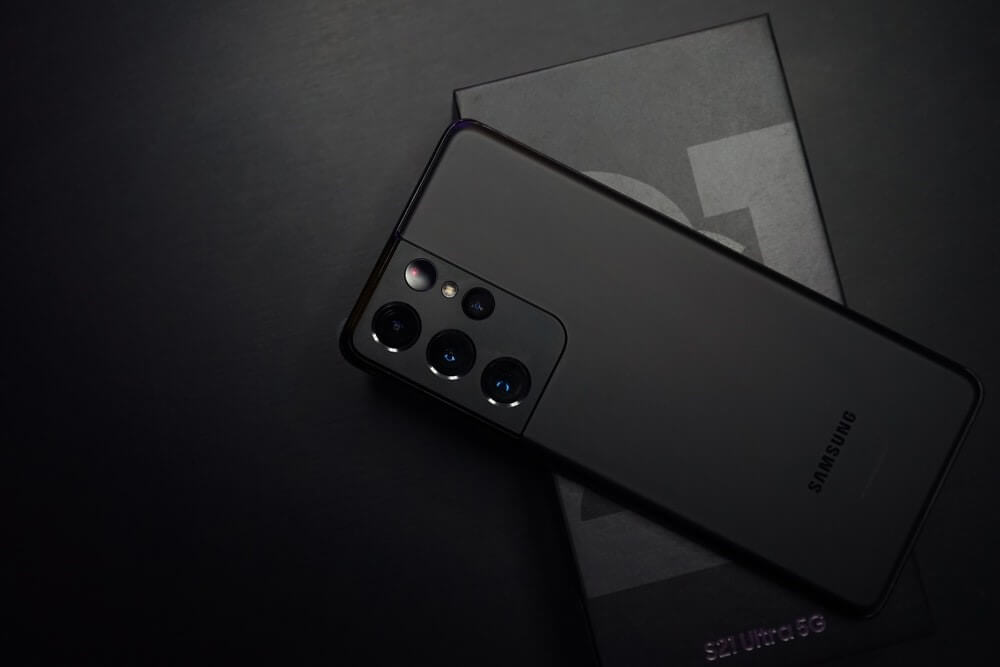 A Dutch blog Galaxy Club says that the Galaxy S22 and its Plus variant will come in four colors: white, black, rose gold, and green. The new green choice will be like the Phantom Green of the Z Fold 3 5G. The Ultra variant of the upcoming model will be available in white, black, and a dark red color.

Samsung might overhaul its camera for the Galaxy S22 after overlooking this feature for S21 and S20. The Galaxy S22 Ultra is said to have a 200 MP main camera. That could turn out to be the highest pixel count on any Samsung device. Compared to the Samsung S22 Ultra specifications, the Galaxy S21 Ultra has a 108 MP wide-angle camera. To find detailed information about all the lenses installed in the S21 Ultra's cameras, visit

Charging: The Galaxy S22 Will Charge Quicker Than the S21

What's inside the Box?

Albeit some of the information regarding the upcoming phone is dubious, Samsung has already affirmed that beginning with the Galaxy S21 line, future cell phone boxes won't have chargers or earphones.

This is the most recent information regarding Samsung S21 vs. S22. If the Samsung Galaxy S22 turns out that way, it will be a strong redesign on the S21. After going through this guide, you will make the best decision regarding your new phone choice. If you are a tech enthusiast and want the most from your phone, we suggest you wait for the Galaxy S22.